Iran is bolstering its foothold in the Afghan peace process amid the vacuum triggered by the US suspension of talks with the Taliban. 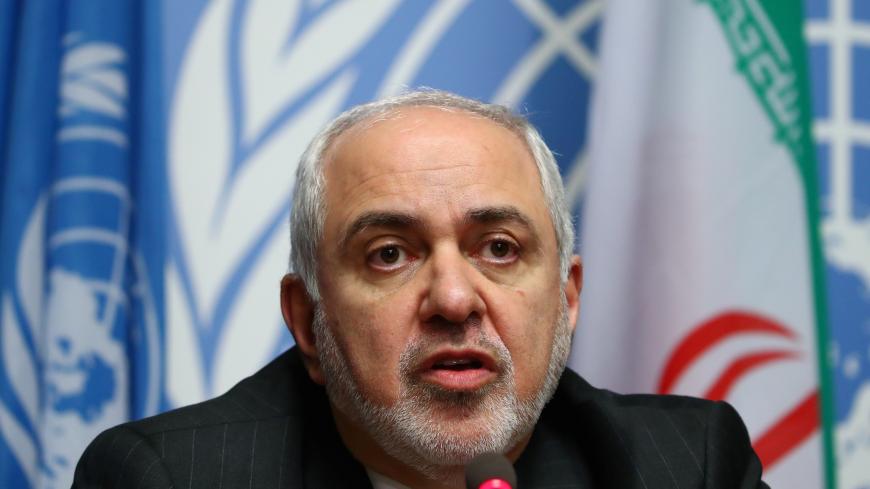 Iran's Foreign Minister Mohammad Javad Zarif attends a news conference a day ahead of the first meeting of the new Syrian Constitutional Committee at the United Nations in Geneva, Switzerland, Oct. 29, 2019. - REUTERS/Denis Balibouse

Iran's Foreign Minister Mohammad Javad Zarif confirmed that Tehran is currently hosting a delegation of Taliban leaders to discuss the peace process in Afghanistan. "To work toward peace in Afghanistan, we will sit down with all Afghan political groups and they [the Taliban delegation] are here for the same purpose," Zarif told reporters following a Cabinet meeting in Tehran Nov. 27.

According to the top Iranian diplomat, Tehran's efforts are aimed at promoting an all-inclusive internal dialogue on Afghanistan's future following a full withdrawal of foreign forces from the war-ravaged country.

Iran's Foreign Ministry has already appointed special representatives to encourage a negotiated solution among the leading Afghan groups. The push comes against the backdrop of a vacillating US approach in engaging the Taliban. Back in September, the administration of President Donald Trump announced a suspension of inconclusive negotiations with the militant group. The departure also prompted the Taliban to approach Russia and China, two other archenemies of the United States in the region.

Confusion and complexity have dominated Iran's Afghanistan policy since the 2001 US occupation of the country. In the official narrative, the Islamic Republic adamantly opposes the US invasion that led to the overthrow of the Taliban regime. But despite its decadeslong hostilities with Washington, Tehran is believed to have offered the US military useful intelligence to help it topple the Sunni group.

Meanwhile, Iran has on various occasions accused the US government and its allies of funding the Taliban to keep Afghanistan unstable. "The United States and its stooges have been supporting the Taliban," Zarif said last October.

Similar assertions have been made by the US government, which accuses Iran of covertly helping the Taliban destabilize Afghanistan. Tehran denies any malign activity and claims a benign approach toward shoring up the sitting government in Afghanistan.

The ongoing talks between Tehran and the Taliban are the second round since the United States slammed the door of diplomacy with the powerful Afghan group. Amid Washington's absence, Tehran seeks to take the driver's seat in Afghanistan's future trajectory, perhaps as part of its regional ambitions in Yemen, Syria and Iraq.