Iran hosts Taliban delegation to discuss US presence in Afghanistan

Both Iranian and Taliban officials criticized the United States' role in Afghanistan during a meeting in Tehran, Iran, amid peace talks in Qatar. 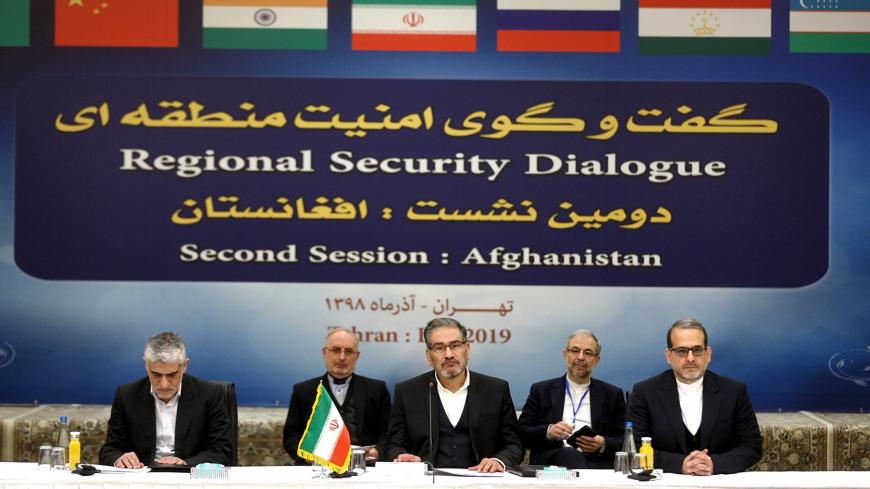 Ali Shamkhani, secretary of the Supreme National Security Council of Iran (C), speaks during the a meeting of national security secretaries of Iran, Russia, Uzbekistan, Tajikistan, Afghanistan, China and India, in the Iranian capital, Tehran, on Dec. 18, 2019. - MOHSEN ATAEI/Fars News/AFP via Getty Images

An Iranian official accused the United States of prolonging the war in Afghanistan during a visit by the Taliban to Iran. A Taliban leader also told the Iranian government that the group will continue fighting US allies in the country even as peace talks take place.

The secretary of Iran’s Supreme National Security Council made the harsh criticism of US policy. “The US is not after peace and security in Afghanistan. The US strategy is the continuation of war and bloodshed among various Afghan strata,” said Ali Shamkhani, according to the state-run Tasnim News Agency.

Iran has long-standing historic ties to its neighbor Afghanistan. Dari, a form of Persian, is widely spoken in Afghanistan. Some members of Afghanistan’s Shiite Muslim Hazara community fight in Syria in Iran-backed militias. Iran provides support to both the US-backed Afghani government and the Islamist Taliban that fights against the government and the US military.

The government and the Taliban are currently holding talks in Qatar with the aim of ending decades of war there. The United States also supports the negotiations.

The Islamic Republic is a vocal critic of the US presence in Afghanistan as part of its general opposition to US policies in the region.