Iranian Foreign Minister Mohammad Javad Zarif celebrated the looming US withdrawal from Afghanistan during the event. 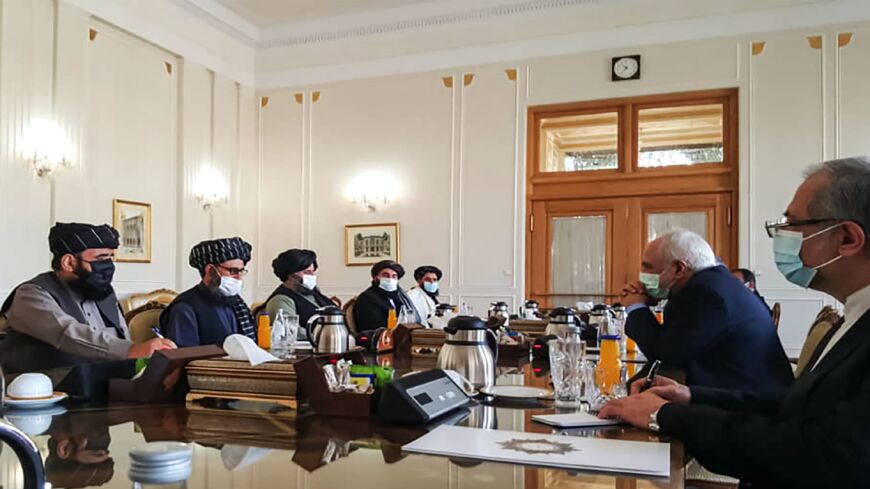 Iran hosted intra-Afghan talks on Wednesday as the date of the US military withdrawal nears.

The Afghan government — supported by US and NATO forces — has been at war with the Taliban since the US invasion in 2001, which ended Taliban rule. The radical Islamist group still controls parts of the country, however. US President Joe Biden decided in April to remove US troops from the country. The withdrawal is ongoing and scheduled to be complete in August.

Iran borders Afghanistan, and the two countries have longstanding historical ties. Dari, a form of Persian, is the lingua franca of Afghanistan. Iran has provided support to both the Afghan government and the Taliban in recent years. Some Afghans from the country’s Shiite Muslim Hazara community also fight in Syria on behalf of Iran.

Zarif boasted about the pending US troop withdrawal during the talks on Wednesday.

"The United States has failed in Afghanistan … and its presence in the country for more than two decades has caused major damage in Afghanistan,” said Zarif, according to the semi-official Press TV.

Iran has taken shots at the United States alongside the Taliban before. An Iranian security official accused Washington of supporting “war and bloodshed” in Afghanistan during a January visit by a Taliban delegation.

Zarif also urged the two sides to resolve their differences during the talks.

“Today, the people and political leaders of Afghanistan must take difficult decisions for the future of their country,” the top Iranian diplomat said.

Zarif additionally met with his Indian counterpart in Tehran and Wednesday to discuss Afghanistan, among other issues, according to the Islamic Republic News Agency.

Several Middle Eastern states have interests in Afghanistan. Turkey is currently building support for its offer to secure the airport in the capital, Kabul, following the US withdrawal. Qatar is also hosting peace talks between the Taliban and the government.