To secure its part in Afghanistan's political future, Iran is actively engaging the Taliban, but the road will be bumpy, given the multiple ideological and geopolitical challenges. 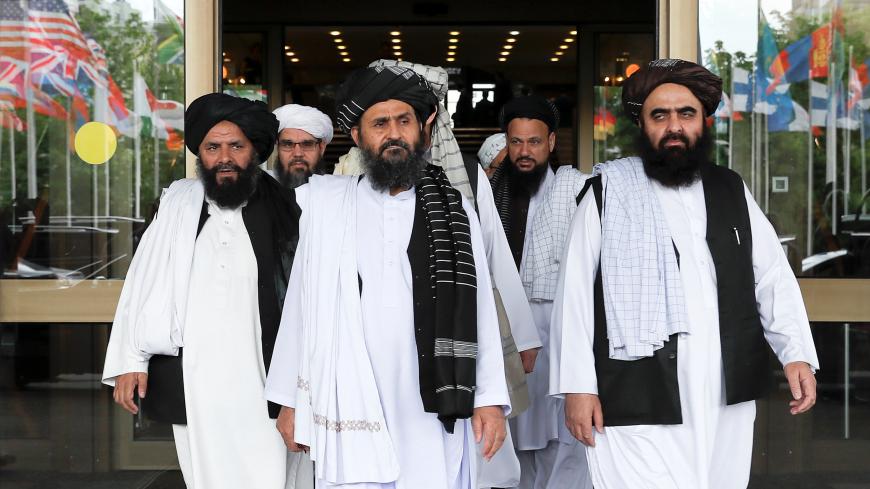 A delegation of senior Taliban officials arrived in Tehran on Nov. 27 for talks with Iranian authorities, including Foreign Minister Mohammad Javad Zarif. Headed by the group's bureau chief, Mullah Abdul Ghani Baradar, the team comprised the Taliban's highest-ranking members to have ever visited Iran.

Since its emergence in the Afghan political landscape in the early 1990s, the Taliban has had hostile relations — chilly, at best — with Iran. Thus, the meetings in Tehran prompted the questions: What is the Islamic Republic set to achieve through engaging the Taliban? How positive are the prospects of Iran's success in its new approach?

Tehran tends to adapt to new circumstances and to play big in new calculations, given its location in a fast-shifting geopolitical and ideological regional environment. The revival of the Taliban as an influential force is part and parcel of those crucial and complicated developments.

The Taliban, with is second reemergence since the Cold War, is currently a major player in the Afghan political landscape. Back in 1990, the group's rise as a Sunni militant organization exposed its geopolitical and ideological fault lines with the Islamic Republic. The Taliban caught everyone in the region off guard after overthrowing the Tehran-backed government in Kabul. It also assassinated the leader of one of the political groups favored by Iran. And to smoothen its advance northward in August 1998, its gunmen launched a deadly ambush on the Iranian Consulate in Mazar-i-Sharif, killing nine Iranian diplomats on the spot.

Bound to retaliate, Iran amassed some 70,000 soldiers on its border with Afghanistan in preparation for an incursion to topple the Taliban, a plan revoked by Supreme Leader Ayatollah Ali Khamenei. Yet hostility between Tehran and the Taliban dragged on well into the aftermath of the group's ouster as a result of the 2001 US invasion of Afghanistan. Through a close interaction with anti-Taliban political groups and even cooperating with the United States, Iran offered its own assistance in the Taliban regime's collapse and the setup of a new political order in Afghanistan.

The US occupation, nevertheless, did not curb a Taliban comeback. Over years, the group reconsolidated its presence in Afghanistan, and Tehran has recognized the reality of the Taliban's role in Afghanistan's future. Since 2013, the Islamic Republic has not shied away from making public its numerous rounds of negotiations with Taliban leaders at multiple levels.

In the newly emerging Afghan geopolitical-ideological map, Iran is hoping for the best while bracing for the worst. For a full withdrawal from Afghanistan, the United States is after an agreement with the Taliban. Iran has found this to the best of its own geopolitical interests. Tehran has repeatedly denounced the US presence in its immediate eastern neighborhood as a threat to its geopolitical security. At some point, the Iranian government even offered former Afghan President Hamid Karzai to shoulder the Afghan military spending in exchange for the departure of American troops from the country.

There are currently at least some grounds of commonality between Tehran and the Taliban: They both push for the US pullout, share enmity with the Islamic State (IS) and seek to prevent a repeat of the 1990s anarchical state of affairs in Afghanistan.

Tehran is counting the days to a potential US-Taliban deal, which could see American forces bid farewell to their Afghanistan mission or at least undergo a dramatic drawdown. The vacuum could pave the way for Tehran to squeeze a palpable presence in the Afghan power structure through closely cooperating with allies Russia and China, which are increasingly interacting with the Taliban. Additionally, Iran has openly improved ties with its Persian Gulf neighbor Qatar, which has hosted the Taliban political bureau and talks between the group's leaders with American officials. What also relatively allays Iran's ideological worries is the fact that it is Doha — one of its few Arab allies — and not Riyadh or Abu Dhabi — supporting the Taliban.

More importantly, Afghan crises have in recent decades shaped the axis of some "limited engagement" between Tehran and the Taliban. Yet a potential Washington-Taliban deal is coinciding with an all-time high of Washington-Tehran tensions. Thus, as both Iran and the United States currently share some interaction with the Taliban, some channel of communication on Afghanistan's future — albeit in a limited manner — is likely to be established between the two foes.

In the meantime, following the US pullout from the Iran nuclear deal, Iranian authorities are increasingly relying on economic ties with Afghanistan due to the reimposition of sanctions. Iran seeks to maintain its annual exports worth $2.5 billion to Afghanistan and protect its vital trilateral cooperation involving Kabul and New Delhi in its southeastern strategic Port of Chabahar. Simply put, watching the Taliban strengthen its grip on Afghan politics, Iran is pursuing greater interaction with the group to preserve its own economic interests in the neighboring country.

Still, a close and workable interaction might not be easily attainable. In the ideological map of Iran's neighborhood, according to Iranian political scientist Mohammad Ali Hosseinzadeh, the Taliban is part of the Sunni Islam whose rule in Afghanistan has historically exposed serious ideological differences with Iran, in particular, and Shiite followers in general. "Indeed, the Taliban's stated goal of reviving its 'Islamic emirate' could pose tremendous ideological challenges to the Shiite government in Tehran," the scholar of political Islam told Al-Monitor.

Davood Moradian, the director general of the Kabul-based Institute for Strategic Studies, argued that the Taliban is pursuing dual goals through interacting with Iran and other states: to win legitimacy in the international community and to win bargaining chips in negotiating with the Americans. "In other words, the Taliban delegation's visit to Tehran is the group's mechanism to achieve its political ambitions rather than peace," he told Al-Monitor. "Tehran, on the other hand, would be harming its friendly ties with its political allies in Kabul and the government there by hosting their archenemy, the Taliban."

In case it gains a hegemonic foothold in Afghanistan's future political scene, the Taliban is expected to be strongly backed and influenced by the government in Islamabad. This will pose a fresh geopolitical challenge to Tehran.

With the radical balance of power in Afghanistan tilting toward the Taliban and the likely implementation of the US withdrawal from the country, Tehran is going the extra mile to come to some cold peace with its neighboring foe. While the two sides have taken strides toward that goal, the prospects of an ultimate deal and maintaining it within the characteristic fluidity and unpredictability of the Afghan political landscape appear bleak. 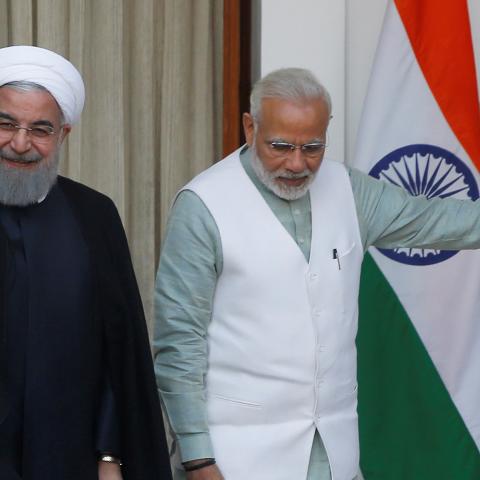