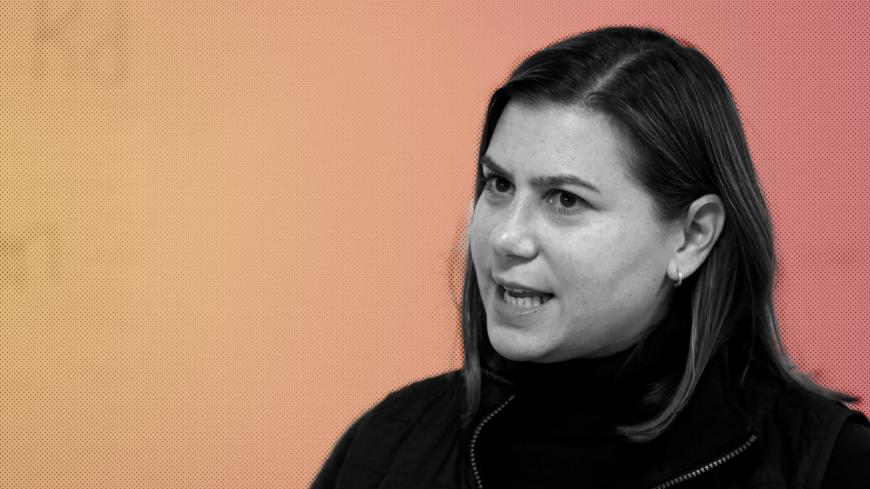 Rep. Elissa Slotkin, D-Mich., lauded the protests that have swept Iraq in recent months and urged Baghdad to take steps to remove Iranian missiles from its territory during a Middle East Mornings breakfast interview with Al-Monitor president, Andrew Parasiliti.

“The protests, I believe, are deeply legitimate,” Slotkin said. “These are young people who don’t remember Saddam. They are protesting corruption and the lack of opportunity like we see in places like Lebanon. And they are protesting against outside influence.”

Slotkin, a first-term lawmaker, previously served as a CIA analyst specializing in Iraqi Shiite militias. After winning her election in a tightly contested district last year, she took a seat on the House Armed Services Committee. Earlier this month, she traveled to Iraq with committee Chairman Adam Smith, D-Wash.

The Michigan Democrat noted that the rallies took an “anti-Iranian” turn during their visit but warned that the demonstrators are also pushing back against the United States as part of their protests against “outside influence.”

“They are protesting against Iran, and also there are definitely people within the protesters who are pushing back on American influence,” Slotkin said. “I think those are positive instincts.”

Still, Slotkin noted that while Iraqi officials recognized the protesters’ concerns as “legitimate,” they were “rather paralyzed about what to do about the next steps.” Furthermore, the lawmakers warned Baghdad about the need to remove Iranian ballistic missiles from Iraqi territory.

She sharply criticized President Donald Trump for partially withdrawing from Syria and for ending assistance for Washington’s Kurdish partners, calling it a “strategic mistake,” and projected that northeast Syria will become a “disputed territory.” But even as she praised them for bearing the bulk of the casualties against the Islamic State, she also borrowed a line from Trump, stating that “they’re not angels” and calling them “a motley crew.”

Beyond northeast Syria, she took a dim view of the country’s broader future.

“I hate to say it, but I think that we are headed toward some sort of medium-term deal on the future of Syria that doesn’t attract the refugees back, that leaves an authoritarian government in place backed by a very powerful world power, and we’re going to have to accept that,” Slotkin said.

Correction: Nov. 22, 2019. This article has been updated to clarify that Rep. Slotkin supports US assistance to the Syrian Kurds and condemned President Trump's decision to scale it back.