Four years after signing of the JCPOA, Iran’s Foreign Minister Mohammad Javad Zarif said relying on the United States is a "delusion." 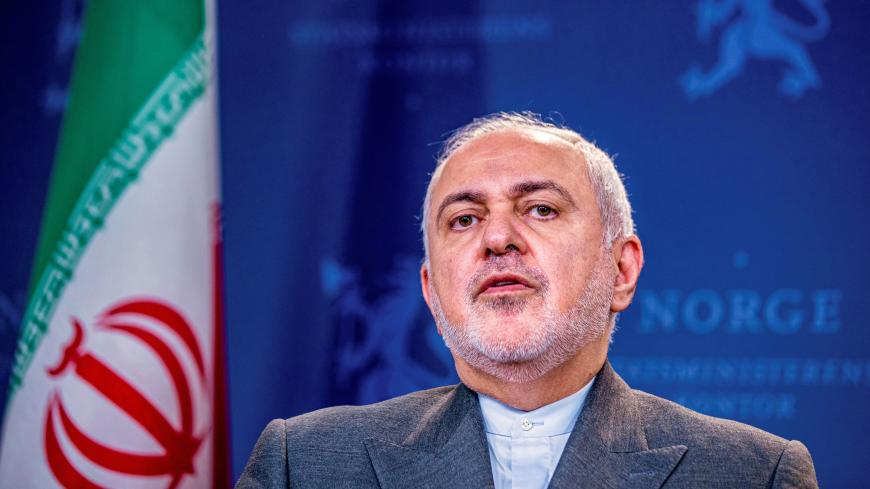 At a ministerial meeting of the Non-Aligned Movement on Palestine in Baku, Iran’s Foreign Minister Mohammad Javad Zarif spoke about the United States, Israel and the so-called deal of the century.

Zarif urged the member states of the Non-Aligned Movement to “have a united front and not allow the Zionist regime to push the issue of Palestine to the margins.” While no US administration has wanted to “help the Palestinians in creating their own country, [the Donald Trump] administration has removed the veil from its face” and pursued the policies of permitting Israeli expansion, he said.

Zarif referred to Jared Kushner’s “deal of the century” — a Middle East peace plan that includes economic packages and investments in return for Israeli control — as “a delusion.” He said that Palestinian leaders have already rejected the plan and that the United States and Israel “must understand that peace and economic prosperity cannot happen until the issue of the occupation is addressed.”

Zarif added, “We have to distance ourselves from the delusion that Israel and the United States can be reliable partners.” This last comment made headlines across Iranian media. The comment coming from Zarif for an international audience is particularly interesting. Zarif’s bilateral negotiations with former US Secretary of State John Kerry was what facilitated the 2015 signing of the Joint Comprehensive Plan of Action (JCPOA), the nuclear deal between Iran and the five permanent members of the United Nations Security Council. Without direct negotiations between the United States and Iran, there likely would have never been a JCPOA, the signature foreign policy achievement of the Hassan Rouhani administration.

Hard-line Mashregh News could not pass up the opportunity to note the Rouhani administration's about-face on its reliance on the United States. Mashregh dug up old comments by former nuclear negotiator Abbas Araghchi, who once said that “Kerry’s signature is a guarantee” that the nuclear deal would be implemented. Iran reduced its nuclear activities in return for sanctions relief, which relied on US guarantees that as long as they remained committed to the deal they would not face further nuclear sanctions. While Iran has not resumed their previous nuclear levels since the 2018 US decision to exit the JCPOA, nuclear sanctions have been fully reapplied.

While the fate of the JCPOA remains in limbo as Europe attempts to salvage parts of it, Iranian domestic battles have moved on to bills concerning the Financial Action Task Force (FATF), money laundering and the financing of terrorism. Passing the bills would help Iran's economic situation and create financial transparency, according to its supporters in the Rouhani administration. Critics argue that the legislation — which FATF, the Paris-based anti-money laundering watchdog, wants passed — is a repeat of the mistakes of the JCPOA.

FATF recently announced that Iran has until February to implement the recommended reforms. Parliamentarian Akbar Ranjbarzadeh told Fars News Oct. 24 that FATF-related bills were a “colonial prescription” for the country. He warned that the “mistakes of the JCPOA were being repeated” and that all the JCPOA did was “limit our capabilities.”