The only foreseeable and quantifiable area in the relationships between Turkey and the United States is gas trade. 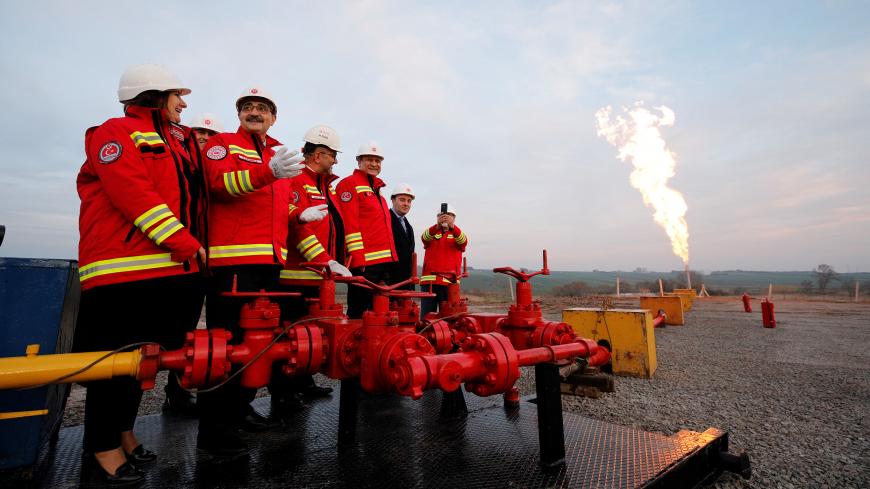 In the current chaotic climate of the Turkey-US relationship, there are very few areas that offer foreseeable and stable prospect for the bilateral ties and gas trade is one of them where expertise and analysis still matter, and where mutually beneficial solutions remain a distinct possibility.

In the last three years, a substantial change has occurred in the energy profiles of both countries. While the United States leads the world's gas production growth, Ankara has finally started moving away from a 30-year-long dependency on Russian gas. In 2019, raising its national liquefied natural gas (LNG) import capacity allowed Turkey to undertake the diversification of its supply sources, thereby putting it in a position to readjust its energy mix toward equilibrium, and away from an overreliance on Russia — one of the cruxes of the current relationship.

The rising levels of LNG exports from the United States have also helped contribute to this change. According to the US Energy Information Administration, in just the first four months of 2019, Turkey imported 19.1 million cubic feet (0.9 billion cubic meters) of LNG from the United States — double the entire volume imported by Turkey in 2018. This jump is definitely supported by the interesting prices offered by American LNG distributors. This increase has placed Turkey as the second-largest importer of US LNG in Europe, after Spain.

Much more can be done. The LNG trade between the United States and Turkey has the potential to create a substantial impetus — one that can follow a consistent path in bilateral relations, as strong energy relations tend to develop de facto consistency. (For an example of this, look no further than the historic relations between Turkey and Russia.)

The shale revolution has continued to be a driving force for US energy policy, notes the International Energy Agency (IEA) in its United States 2019 Energy Review. The IEA 2019 review highlights how the shale revolution made the United States not only the world’s top producer of oil and gas, but also a major energy exporter. In addition, this export quantity changed Washington’s energy policymaking and has helped catalyze the emergence of an “energy dominance” approach, i.e., reducing dependence on imported oil and promoting exports to boost the national economy within political influence overseas.

The White House is aggressively promoting a rising wave of US oil and gas exports. Unilateral US sanctions on Iran and Venezuela, or Trump’s announcement about considering sanctions over companies involved in Russia's Nord Stream 2, can only help this trend by increasing the regional gas supply gap. Only Iran holds 17% of the world’s proven natural gas reserves and more than one-third of OPEC’s reserves. Hence, perhaps, the White House’s apparent interest in keeping sanctions at their maximum level.

From one perspective, this aggressive energy policy can be testing ties with European allies, which have interpreted it as an interference in its markets. But from another perspective, the same aggressiveness can be creating hopes for more diversified energy sources and a global opportunity to buy gas from an old democracy with transparent institutions, instead of a historical forces reliance on unpredictable autocracies.

Turkey has recently reinforced its LNG infrastructure, increasing its storage and regasification capacity. This enabled Turkey to purchase LNG at more auspicious and lucrative terms, according to Executive Director of the IEA Fatih Birol, and has allowed competitive gas imports to reach Turkey, changing Russia’s shares of Ankara’s total imports.

The change in Turkey’s gas supply picture started with the efforts undertaken by the Turkish government in the frame of liberalization, the harmonization of European Union energy regulations for the EU accession process and Turkey’s ambition to become a regional gas hub. In the LNG field, the game changers were the expansion of Turkey’s LNG import capacity of Aliaga and Marmara terminals and emergence of two floating storage and regasification units (FSRU). The first began operating in December 2016 in Aliaga, supplying 5.3 billion cubic meters of gas per year, degasifying more than 12% of Turkey’s annual gas demand. The second FSRU opened in January 2018 in Dortyol, Hatay, on the Mediterranean coast, with a 263.000 cubic meters storage capacity — the largest in the world. The third FSRU is also planned to be located in the Gulf of Saros in the Aegean. By 2023, Turkey plans to increase its gas storage capacity to over 11 billion cubic meters, accounting for 20% of the country's annual gas consumption.

However, to go beyond this window of opportunity, Turkey needs to ensure the main prerequisites stated in the IEA Turkey 2016 Energy Review, to implement a gas trading platform, supported by an independent system operator, which separates the trade and transmission, ensures compliance with third-party access and offers transparent tariffs for gas transportation and storage. In addition to that, it needs to build an independent system operator that will facilitate transparent gas trade, the availability of short-term gas contracts and market-based balancing capacity, and can foster security of supply.

When it comes to the US perspective, strengthening the Turkey market may bring collateral effects in Middle Eastern politics and EU energy security, as highlighted by Aura Sabadis at the Atlantic Council. Enhancing LNG trade with Turkey can open for US LNG the opportunity to reach the Greece-Turkey-Ukraine gas corridor and even position itself as a competitor of Eastern Mediterranean gas. This would without a doubt create another source of advantage for both Turkey and the United States, and is one more sign that LNG remains an area where the two countries should be able to engage in mutually beneficial policymaking.