The UAE's welcoming ceremony for Putin outperformed that of the Saudis but this is not the only reason why the Russian president left Abu Dhabi happy. 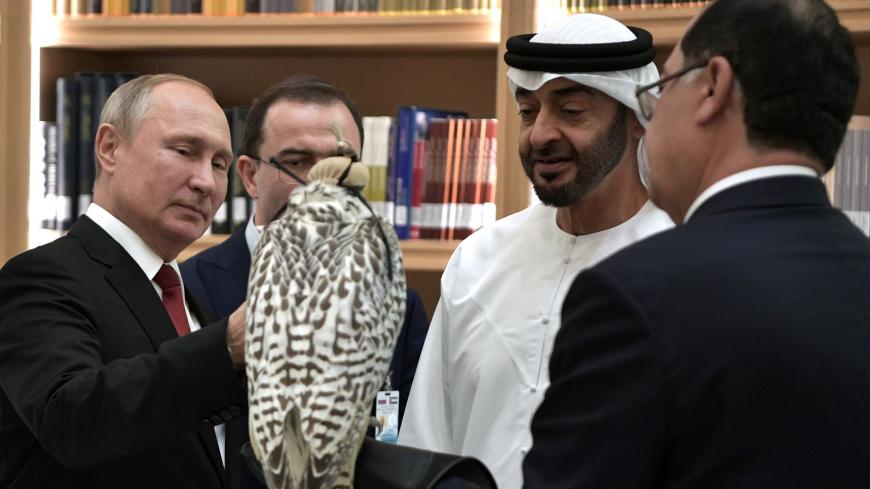 Vladimir Putin’s recent visit to the Gulf Cooperation Council represented a pinnacle of Russia’s growing role in the Middle East in recent years. But while all eyes were on the Russian president’s two-day stay in Saudi Arabia, it was his short trip to the United Arab Emirates afterward that demonstrated the full magnitude of Russia’s prestige in the region and the depth of the relationship between the two countries.

From the moment Sheikh Mohammed bin Zayed Al Nahyan greeted Putin at the airport, it was clear that the Russian delegation would get a truly royal treatment in Abu Dhabi. From the sky that was painted in the colors of the Russian flag by Emirati aircraft to the traffic police cars that accompanied Putin’s limousine having been repainted to resemble Russian police vehicle,  everything was made to impress the Russian delegation and demonstrate the kind of exclusivity the Emiratis attach to the relationship with Russia.

While Russia and Saudi Arabia are making initial steps to build stronger economic ties, the Russian-Emirati partnership looks exemplary. Last year Moscow and Abu Dhabi signed the Declaration on Strategic Partnership, a document that sets out goals for bilateral cooperation in various areas, from investment and oil market cooperation to combating terrorism.

The UAE is the largest trading partner for Moscow in the Gulf Cooperation Council, with the trade balance reaching $1.7 billion in 2018. Close to 1 million Russian tourists visited the UAE last year, spending $1.3 billion in the country, which puts Russians among the top vacation spenders there. A number of Russian oil companies have maintained presence in the country pursuing joint projects with Emirati counterparts: Gazprom Neft and Mubadala Petroleum develop fields in Siberia, while Lukoil was awarded a 5% gas concession by the Abu Dhabi National Oil Co. in the UAE.

During Putin’s visit, the two sides signed deals worth a total of $1.4 billion. Putin said Russia and the UAE signed five cooperation agreements and explored new cooperation opportunities in artificial intelligence development and telecom and for supplying Russian aircraft and helicopters to the UAE, It should be noted that the two countries announced a program to develop a next-generation fighter jet for the UAE air force in early 2017, but the project does not seem to have progressed since.

While trade continues to be the backbone of the Russian-UAE relations, Emirati investment in Russia is still modest, which reflects the conservative character of UAE investment policies as well as the risks associated with investment in Russia. Speaking to his counterpart in Abu Dhabi, Putin lauded the partnership between the Russian Direct Investment Fund and Mubadala, UAE’s sovereign wealth fund, under which they have jointly invested $2.3 billion. Industry insiders, however, express a great deal of skepticism about the partnership because since the joint initiative was created in 2013, the two have managed to allocate only one-third of the $7 billion that is up for investment.

Even if Russia is seen as a risky market to invest in, Abu Dhabi rulers know very well how to make calculated and strategic investments in Russia to win Putin’s favor. In his opening speech at the meeting with representatives of Russian and UAE business circles, Putin welcomed Emirati Tawazun Holding’s decision to take a 36% stake in the Russian luxury car maker Aurus, Putin’s pet project.

While a positive business agenda was at the center of Putin’s trip to the UAE, there is a strong convergence between the two countries in politics. In welcoming the Russian president, Crown Prince Mohammed bin Zayed said he considers Russia to be his second home, which likely reflects the frequency of the crown prince’s visits to Russia, as well as his personal chemistry with Putin and the head of the Chechen Republic, Ramzan Kadyrov.

The UAE nickname “Little Sparta,” coined by American generals, likely resonates with the Russian leadership too. While Moscow and Abu Dhabi find themselves on opposite sides on a number of issues such as the role of Iran in Syria, there appears to be a lot of coordination on foreign policy issues between the two governments behind the scenes. When the infamous Seychelles meeting between Kirill Dmitriev, the head of the Russian Direct Investment Fund who is believed to be one of the central figures in forging the Russia-UAE alliance, and Erik Prince became known to the public, it was shocking to many how deep and elaborate ties between Moscow and Abu Dhabi actually are.

Moscow finds in the UAE leadership an avid supporter of secular militaristic regimes in the Middle East, which Russia itself heavily banks on. In Libya, Sudan and Yemen, both Russia and the UAE find themselves backing the same forces and oftentimes working together to prop them up.

Libya is a case in point. While formally Russia does not express support for any of the parties to the conflict there, throughout the past two years it has been printing cash for the parallel Central Bank in Al Bayda (controlled by strongman Khalifa Hifter); the money was delivered to eastern Libya in cargo jets chartered through the UAE. Earlier in 2019, a Russian cargo airline company reportedly started making deliveries of Emirati-purchased weapons in the interest of Hifter.

However, the true value of Russia as a contributing factor to UAE’s foreign policy is not Libya, or Yemen, where Moscow and Abu Dhabi seem to gravitate to the Southern Transitional Council, but in Syria. It is highly unlikely that the UAE would have decided to reopen its embassy in Damascus in December 2017 had it not been for Moscow’s clout in Syria and its ability to balance Iran; this gave Russia a further step forward when it came to the legitimization of the Assad government in the Arab world. 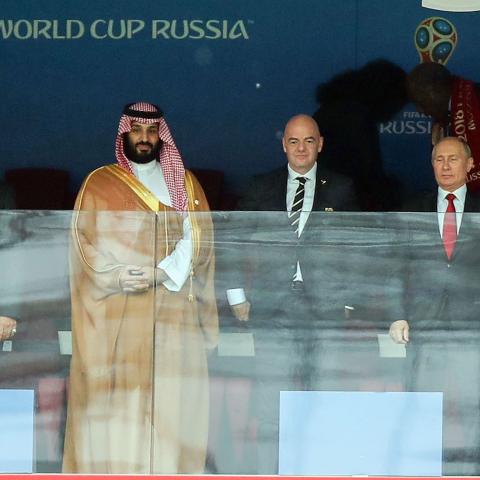