The Russian and UAE leaders spoke Wednesday about the path ahead in Libya, seeking to minimize differences and recharge the political process. 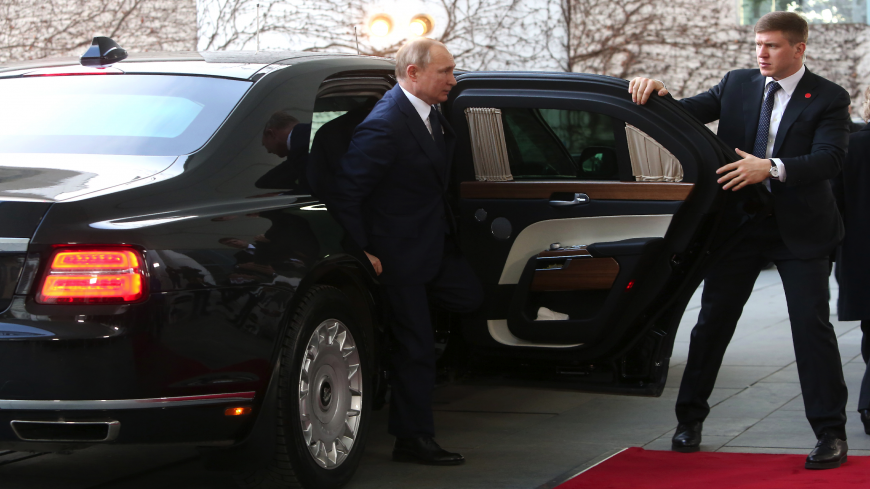 On July 15, Russian President Vladimir Putin spoke with Abu Dhabi Crown Prince Mohammed bin Zayed about developments in Libya. After their discussion, which was initiated from the Emirati side, Russia stated that it and the United Arab Emirates (UAE) wished to revive inter-Libyan dialogue initiatives and consolidate international efforts on a political-diplomatic settlement of the Libyan crisis. Russia’s official statement placed discussions about Libya within the broader context of a strengthening Russia-UAE strategic partnership, which was forged by both countries in June 2018.

Due to their regular consultations and shared support for Libya National Army (LNA) strongman Khalifa Hifter's offensive on Tripoli, Russia and the UAE are often described as partners in Libya. Albadr Alshateri, a former professor at Abu Dhabi’s National Defense College and commentator on Emirati security policy, told Al-Monitor that “the UAE and Russia are on the same side of the Libyan conflict.” To elaborate on this assertion, Alshateri said that “the UAE sees Russia as a very reliable partner as opposed to Western countries who have to defer to parliaments and civil society pressure. If Vladimir Putin says something, you will have an ironclad commitment that it will be done.”

Despite tightened Russia-UAE military cooperation, which includes reports of the UAE financing Russia’s Wagner Group private military contractors in Libya, the collapse of Hifter's offensive against Tripoli has exposed latent frictions within Moscow and Abu Dhabi’s approaches to Libya. This discord is principally fueled by Russia and the UAE’s clashing geopolitical ambitions and differing acceptable post-conflict outcomes in Libya.

In a comment to Al-Monitor, Kirill Semenov, a Russian defense expert focusing on Middle East affairs, summarized Russia-UAE disagreements on Libya. Semenov stated that Russia’s vision for Libya is driven by pragmatism as “Russia is ready to work with all Libyan forces that might be useful,” but the UAE’s involvement in Libya is motivated by “ideology and its opposition to the Muslim Brotherhood, Turkey and Qatar.” Given this contrast in their respective approaches to Libya, Russia and the UAE disagree most sharply on diplomatic engagement with Turkey, the extent of their loyalty to Hifter and the acceptability of prospective Egyptian military intervention in Libya.

Russia’s continued engagement with Turkey on Libya has engendered periodic frictions with the UAE since January. The sudden breakdown of the Russia-Turkey cease-fire initiative on Jan. 14, which was triggered by Hifter's walkout from Libyan peace negotiations, was rapidly linked to interference from the UAE Embassy in Moscow. On Jan. 15, Libya’s Chairman of the High Council of State Khalid al-Mishri confirmed these rumors by stating that the presence of a charge d’affaires of the UAE Embassy in Russia at the negotiations triggered Hifter's volte-face on peace. As tensions between Russia and Turkey over Syria have de-escalated since their March 5 accord on Idlib, both countries have engaged in regular dialogue on Libya. Due to these consultations, the UAE is skeptical of Russia’s diplomatic aspirations in Libya and reportedly spearheaded efforts to block the appointment of former Algerian Foreign Minister Ramtane Lamamra as UN special envoy to Libya, as he was deemed to be too close to Moscow.

The UAE and Russia have also differed in their levels of commitment to Hifter's military ambitions in Libya. Even though both Russia and the UAE have expressed frustrations with Hifter's declaration of self-rule, as Russian Foreign Minister Sergey Lavrov immediately condemned this move and Anwar Gargash criticized Hifter on June 17 for making “unilateral calculations that have turned out wrong,” these shared reservations have not translated into policy coordination. On May 2, Tobruk-based House of Representatives head Aguila Saleh claimed that Russia was behind Hifter’s sudden truce offer on April 30, which contrasted with the UAE’s support for continued LNA military operations.

Moreover, the UAE has not followed Russia’s efforts to bolster Saleh’s political standing at a time when he is reportedly clashing with Hifter. When asked about Russia’s willingness to engage with Saleh, Mohammed Ali Abdallah, a senior adviser to the Government of National Accord (GNA) on US affairs, told Al-Monitor that both Russia and the UAE wished to destabilize Libya but “had different aspirations for how they will benefit from installing Gaddafi 2.0.” Abdallah argued that Russia is engaging with Saleh to secure a “proxy player” at the bargaining table, which will further its objectives of “establishing a permanent military presence on the southern shores of the Mediterranean.” If Russia can secure a military foothold in eastern Libya by aligning with Saleh and appeal to the GNA by framing itself as being able to moderate Hifter's conduct, Moscow could diminish the UAE’s clout in post-war Libya.

Another potential source of discord between Russia and the UAE stems from both countries’ divergent reactions to the prospect of Egyptian military intervention in Libya. The UAE immediately rallied behind President Abdel Fattah al-Sisi’s national security argument for intervening in Libya, which was voiced on June 20. Abdulkhaleq Abdulla, a leading Dubai-based political scientist, argued that Egypt’s status as a top 10 military power could allow it to successfully deter Turkey through the use of force. Russia’s refusal to endorse Egypt’s threat to militarily intervene in Libya was viewed by prominent academics, like Higher School of Economics professor Andrey Chuprygin, as proof of Moscow’s deviation from Saudi Arabia and the UAE’s position on this issue. Semenov concurred with Chuprygin’s assessment, as he told Al-Monitor that an “Egyptian invasion of Libya would reduce Moscow’s role in Libyan affairs” and that Moscow could strategically bolster or cut military aid to the LNA to undermine Cairo’s intervention.

Although Russia-UAE cooperation in Libya remains a cornerstone of Moscow’s strategic partnership with Abu Dhabi, sources of discord impede strategic cooperation between the two countries. These disagreements are not unique to Libya, as the UAE disagrees with Russia on the acceptability of Iran’s presence in Syria, and Russia has criticized the UAE’s unilateralism in southern Yemen. Nevertheless, if these frictions persist, Russia and the UAE’s alignment in Libya could more closely resemble the competitive partnership dynamic that has long defined Moscow’s cooperation with Iran in Syria.