Washington ignores Moscow's initiative for the Gulf security architecture and there are some good reasons why. 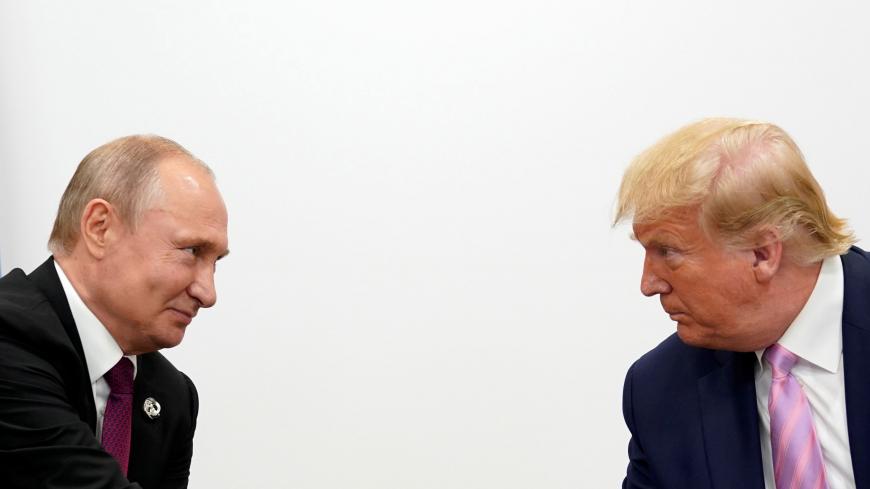 Speaking to an international conference in Sochi last week, Russian President Vladimir Putin reiterated Moscow’s July proposed security concept for the Persian Gulf, which he somewhat tepidly described as “still important.” Despite Putin’s effort to remind his audience about the plan, however, the Russian security concept has largely failed to win backing outside Tehran and Damascus and cannot realistically secure US support. Given America’s considerable influence in regional security affairs — even in the more restrained US policy environment since the end of the George W. Bush administration — this is almost certainly a fatal flaw in the Russian plan.

Four years after its military intervention in Syria, Russia is still trying to get America’s attention and to formalize an ongoing role in regional security in the Middle East. Moscow outlined its current proposal in late July, in a document titled “Russia’s security concept for the Gulf area” in its English translation. Deputy Foreign Minister Mikhail Bogdanov, who is also Russia’s special presidential representative for the Middle East and Africa, presented the plan. Bogdanov has led much of Moscow’s regional diplomacy, though his colleague Deputy Foreign Minister Sergey Ryabkov was the lead negotiator on the ill-fated Joint Comprehensive Plan of Action on Iran’s nuclear program.

So far, Moscow’s security concept for the Persian Gulf seems to have provoked the reaction that Russian officials likely least wanted from Washington: indifference. Of course, the Trump administration is much more sparing in its public commentary on international issues than previous administrations, in no small part because its decision to end daily White House and State Department press briefings dramatically curtails what official spokespeople reveal. With daily opportunities to ask questions at the State Department, someone may well have asked for and obtained a reaction to Russia’s proposal. The topic does not appear in online transcripts of the four briefings since Russia’s July 23 unveiling of its concept.

Moreover, it is challenging to interpret America’s silence as anything other than disinterested opposition to Russia’s security concept. As Kremlin and Foreign Ministry officials should well know, the proposal incorporates long-standing Russian approaches that the United States has consistently rejected. The fundamental problem is Moscow’s insistence that “peace-making operations can only be conducted on the basis of relevant resolutions of the UN Security Council or upon request of the legitimate authorities of the attacked state.”

This has been a core principle in Russian foreign policy for most of the country’s post-Soviet history; it is visible in various forms in other formal Russian policy documents such as the official Foreign Policy Concept that Putin approved in 2016 and (less explicitly but nevertheless quite clearly) in the 2009 proposal from then-President Dmitry Medvedev for a European security treaty.

Few observers of US foreign policy would likely express surprise at hearing that this idea is wholly unacceptable from an American point of view. Because Moscow has a veto in the UN Security Council, accepting this framework would mean accepting Russia’s (and China’s and, for that matter, Britain’s and France’s) right to block US military action in many circumstances. American presidents have in the past, and might in the future, give serious consideration to the interests and attitudes of other key powers in making decisions to go to war. Ensuring that this occurs should be one element of the secretary of state’s job in National Security Council meetings. But US leaders see a big difference between assessing others’ perspectives and possible reactions to US action, on the one hand, and turning over these decisions to foreign governments, on the other.

Even if the United States were willing to subordinate its national security policy decisions to the UN Security Council, something that neither the Trump administration nor its critics — Democratic or Republican — 1would likely support, Moscow’s plan is also politically unrealistic. Put most simply, how could President Donald Trump support a Russian initiative on Middle East security that would require enormous US concessions in the domestic political context of Russia’s election interference and other foreign policy conduct? This suggests either that Russian officials profoundly misunderstand US politics or that they know American politics quite well and have offered their security concept knowing (and possibly intending) that Washington would reject it. From this vantage point, the concept looks less like a sincere proposal and more like an effort to appear influential and constructive.

And there are other problems with Russia’s security concept too. For example, the plan calls for “consolidating, in a single coalition, all stakeholders interested in eliminating the hotbed of extremism and terrorism in the Middle East and ensuring sustainable political settlement in Syria, Yemen, other countries of the region.”

Mark Katz, a professor of politics and government at George Mason University who has observed Russian policy in the region for decades, told Al-Monitor that “US officials and experts have largely ignored Russia's regional security concept proposal for the Gulf” for two reasons. First, Katz explained, American officials “do not see Russia as being in a position to negotiate a detente, much less a rapprochement, between Iran on the one hand and the Gulf Arabs on the other.” Another way of saying this might be to note that Washington knows that the region’s key Arab governments do not view Russia’s “talk to everyone” policy as a policy of neutrality that would allow for evenhanded management of differences; nor do they see Moscow as sufficiently powerful to forge and enforce consensus among hostile parties.

Second, Katz added, US officials don’t think it would be “desirable” for Russia to succeed. “If a detente is to be negotiated between Iran and the Gulf Arabs (and Israel),” he said, “American officials want the US to do this. Trump's attempts to meet with Iranian leaders suggests that he hopes that he can bring this about.” Thus, Katz continued, “US officials see [the security concept] as a Russian effort to increase its influence in the Gulf through being the external power that Iran and the Gulf Arabs turn to. They don't foresee the Russian proposal as leading the exclusion of the US from the region, but do fear that the more the Gulf Arabs sign on to it, the less they will be willing to join with the Trump administration and Israel in pursuing a punitive approach toward Iran.”

The bottom line for the Trump administration is that if implemented, Russia’s security concept would complicate the administration’s pursuit of its foreign policy goals. And while Trump may want to limit America’s role there, he doesn’t want to tie his own hands. 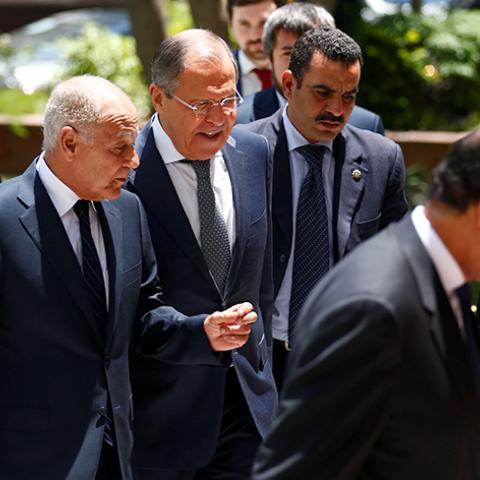