The death of Abu Bakr al-Baghdadi will not extinguish the Islamic State’s ideology, US Central Command said, even as the Pentagon keeps up pressure to thin out the group's leadership with raids in Syria. 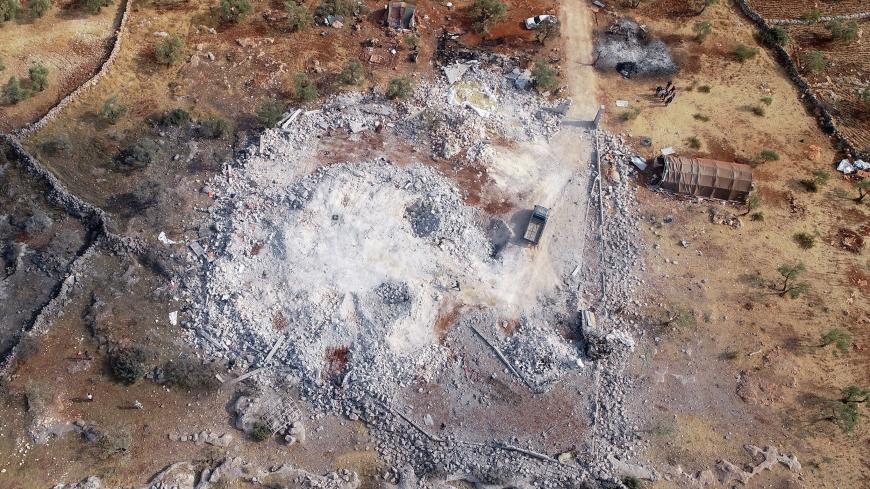 In his last moments, surrounded by elite US Delta Force operatives, Islamic State leader Abu Bakr al-Baghdadi crawled into a small hole in a tunnel in his Syria compound and blew himself up, the commander of American forces in the Middle East told reporters at the Pentagon today.

But the death of the IS leader will not extinguish the militant group’s ideology, US Central Command chief Gen. Frank McKenzie said, even as the Pentagon tries to keep up pressure to thin out its leadership with targeted cross-border raids into Syria.

“ISIS is first and last an ideology. We’re under no illusions that it will go away” with the death of Baghdadi, McKenzie said. As IS searches for a new leader, their actions will be “disjointed,” the CENTCOM chief said, but “you’re never going to be able to fully stamp it out.”

McKenzie said he ordered the high-risk raid that took Baghdadi’s life from CENTCOM’s Tampa, Florida, headquarters on Saturday morning after the United States received "fleeting" intelligence on his whereabouts that the Syrian Democratic Forces (SDF) helped to develop.

The helicopter assault on the suspected hideout in Syria's Idlib designed to "capture or kill" Baghdadi also took the lives of six IS fighters, four women and two men who "did not respond to commands in Arabic to surrender."

Displaying aerial footage of IS units firing on US operatives but no imagery from inside the Idlib province compound, McKenzie did not confirm President Donald Trump’s account that Baghdadi was "whimpering and crying" when he killed himself by detonating a suicide vest. The IS leader was clinging to two young children.

After collecting intelligence and destroying the Idlib compound with precision-guided munitions, US forces flew Baghdadi's remains to a facility in Syria, where his DNA proved "a direct match" with his records from his time as a captured al-Qaeda detainee at Camp Bucca in Iraq in 2004, years before the Iraqi native rose to become the leader of IS.

Yet in the wake of Baghdadi’s death, McKenzie, who spent Wednesday briefing the imagery to members of Congress, outlined an American mission in the country that looked much like the defeat-IS mission before President Trump first announced American troops would withdraw in December 2018.

US troops would stay, he said, until local Syrian forces could contain the spread of IS ideology.

"We don't see a bloodless future [in Syria]" after the raid, McKenzie said, as American forces will remain at Conoco oil field and the Green Village base in eastern Syria to stop IS from reclaiming the petroleum reserves. The United States will also remain at al-Tanf base along the border with Iraq and Jordan.

McKenzie said the United States will “maintain and continue to maintain linkages” to partner with the SDF, as American officials have indicated, though the group’s leader, Mazlum Kobane, publicly turned down a deal to join with the Bashar al-Assad regime on Wednesday to contain a Turkish assault.

Even as US troops moved into Deir ez-Zor province to begin a mission to guard Syria’s oil, Trump administration allies on Wednesday said that key details remain opaque. Sen. Lindsey Graham, R-S.C., told reporters after his briefing with McKenzie that a decision on how many US troops to send to the province had not been made.