What is the effect of Turkey’s Operation Peace Spring on Lebanon?

In the wake of Turkey’s offensive against the Syrian Democratic Forces in northern Syria, the Arab League and several Arab governments, including Lebanon, condemned the invasion; however, the opinions of people across Lebanese society have been much less clear-cut. 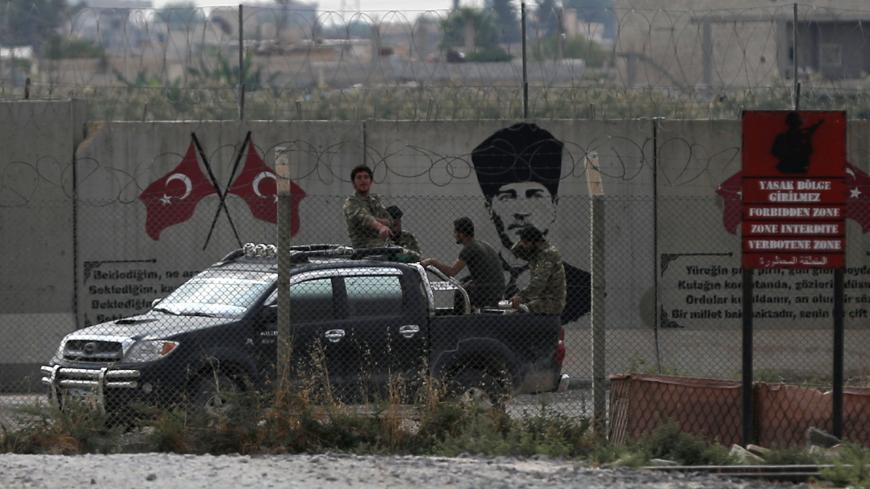 BEIRUT — Following the launch of Turkey’s offensive against the Syrian Democratic Forces (SDF) in northern Syria on Oct. 9, the international community responded with swift condemnation, and the Arab League denounced it as a violation of an Arab state’s sovereignty Oct. 12. Prior to the Arab League’s statement, Lebanese President Michel Aoun expressed his own concerns about the assault, termed Operation Peace Spring by Turkey, to UN officials. The Lebanese Foreign Ministry said it considers the operation “an aggression against a brotherly Arab state and the occupation of Syria's land subjecting its people to killing and displacement.”

Lebanon’s shared history with Syria has meant that events taking place next door can often have an impact on Lebanon’s fractious politics, which for years have been divided based on pro- or anti-Syrian affiliations.

So far, Lebanon’s leaders and top political parties have, to varying degrees, denounced the Turkish operation, but their stance has only received partial support from the Lebanese public. While some parties and groups have cautiously approved of the government’s position, key constituencies such as low-income Sunnis in Tripoli and Beirut have rallied around Turkish President Recep Tayyip Erdogan because of his, in their eyes, powerful Islamic brand. Lebanon’s precarious relationship with Syria has led members of certain parties to warn against taking any further positions on the country’s politics, and have urged leaders to maintain Lebanon’s official policy of dissociation from regional affairs.

On Oct. 12, Lebanese Foreign Minister Gebran Bassil, who heads the Free Patriotic Movement, had advocated for the readmittance of Syria to the Arab League for its own protection against Turkey, and likened the Turkish assault to Israeli invasions of Arab states in a tweet the same day. Prime Minister Saad Hariri, whose majority-Sunni Future Movement party is not friendly toward Syria, said Oct. 13 that the Foreign Ministry statement is the official position of the government but that Lebanon should continue to stay out of regional conflicts.

The official denunciations of Turkey’s actions by Lebanese leaders were echoed by Kurdish groups in Lebanon, who staged a protest in Beirut on Oct. 11. Hanan Osman, the president of the Newroz Association, a Kurdish organization in Lebanon, told Al-Monitor that she was pleased with the response so far but believes more needs to be done.

“The protest should be stronger and the voices must be louder because there are civilians dying, not just Kurds, even Arabs,” she said, citing the need for a response to allegations that Turkey used white phosphorus, a chemical that is banned for use on civilians by international law, in its offensive in Syria.

Osman said a protest is planned in the coming days in front of both the Turkish and US embassies in Beirut. The announced US withdrawal from northeastern Syria was reportedly a catalyst for the Turkish invasion.

Hagop Pakradounian, the head of the predominantly Armenian Tashnag Party in Lebanon, was one politician who went further than top Lebanese leaders, saying in a Facebook post, “No condemnation or statements change the reality of occupation and terrorism.” Pakradounian urged immediate action against Turkey.

Other parties, such as the majority-Druze Progressive Socialist Party, have taken more nuanced stances. “We know very well that… [the regime] is now reentering into areas from where the Syrian army had been expelled a few years back, but we are against the normalization of relations with the Syrian regime,” party spokesman Rami Rayees told Al-Monitor. Rayees said that nevertheless, the party remains opposed to the Turkish offensive.

The Syrian Arab Army of the regime of President Bashar al-Assad moved into several northern areas previously dominated by the SDF, following a deal between the Syrian government and the predominantly Kurdish militia Oct. 13.

Elie al-Hindy, the head of the research center for the predominantly Christian Lebanese Forces party, said the party supports the Lebanese government position, but is concerned about the safety of minorities in northern Syria and potential demographic changes put into force by any of the combatants.

“We will be clearly standing with the government's official policy of disassociating completely,” Hindy told Al-Monitor. “That said, we definitely do have a concern, and we did pass that concern to the Turkish Embassy in Beirut.”

Mustafa Allouch, a former member of parliament from Tripoli who has served in the political bureau of the Future Movement since 2010, said that while the party’s official view is similar to that of the Arab League, its supporters have a different perspective.

“The partisans of the Future Movement, I can estimate that 80% of them feel that [Erdoğan] is at least a Sunni leader who can do something.”

Sunni support for the Turkish operation was clear in areas such as the Dar al-Fatwa neighborhood in Beirut and the Beddawi area near Tripoli in the country’s economically neglected north; shortly after the start of Erdogan’s invasion, Turkish flags appeared above shops, in parking lots and on balconies.

“We put these up after Erdogan entered northern Syria to fight the regime of Bashar al-Assad,” Saleh Remmo, a young man living in the Dar al-Fatwa area, told Al-Monitor. “I am with Erdogan because he is fighting Bashar al-Assad, and secondly because I am Muslim and Sunni.”

Eid Assaf, a young Syrian man in Dar al-Fatwa who said he has relatives fighting with the Turkish-backed Free Syrian Army near Manbij, even claimed Kurdish militias have no religion and don’t believe in God.

Similar attitudes were voiced by residents in Beddawi, in the north of Lebanon. One of the locals Al-Monitor spoke with, Mahmoud, said Erdogan is defending Islam against Kurds, Alawites and Shiites, and criticized Bassil’s statement. Osman said that although the majority of Kurds are Sunni Muslims, Lebanese and Turks have previously held demonstrations accusing Kurds of not being Muslim enough.

“The Sunnis are looking for a new charismatic leader who looks like [Egypt’s former president] Gamal Abdel Nasser, so they found him in Erdogan,” Allouch told Al-Monitor. He added that even some of the members of the Future Movement’s political bureau are supporting Erdogan on the sly despite the party’s official position

The president of the Lebanese Turkmen community in Tripoli, Ahmad Turkmani, told Al-Monitor that he agrees with Turkey’s need to secure its border against “terrorism.” The number of Lebanese of Turkish descent sits between 50,000 and 80,000, a significant number of whom reside in Tripoli.

Amid the politics around Syrian refugees returns and the new focus on Turkey’s activity in Syria, Hindy stressed the need to maintain Lebanon’s official policy of dissociation, even as Bassil moves ever closer to the Syrian government. Nevertheless, it is likely to become more difficult for the Lebanese government to put forward a united front in the country’s international affairs. Turkey’s incursion in Syria is but one example of how regional politics have long divided Lebanese society, and it won’t be the last time these divisions complicate matters for the country’s politicians.