In its successful backing of Tammam Salam as Lebanon’s next prime minister, Saudi Arabia is back in charge of the Lebanese file but questions remain regarding its motives, writes Scarlett Haddad. 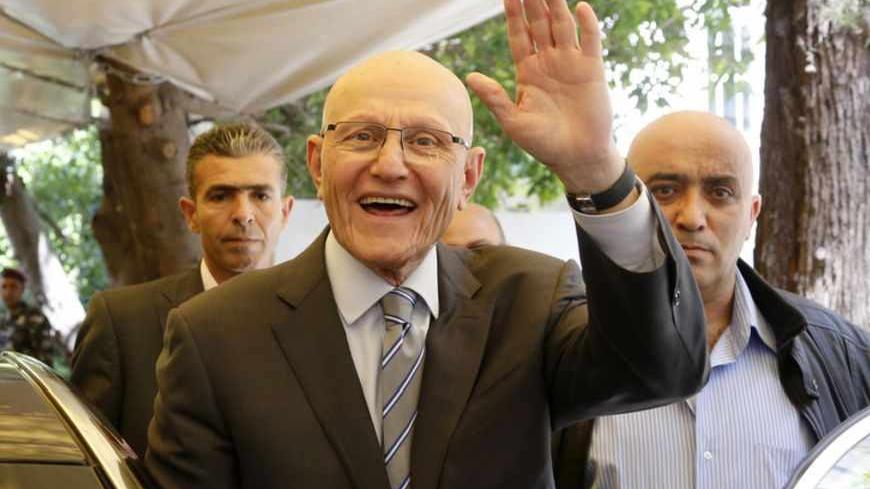 Lebanese prime minister-designate Tammam Salam gestures to his supporters in front of his house before going to the presidential palace in Baabda, Beirut April 6, 2013. - REUTERS/Mohamed Azakir 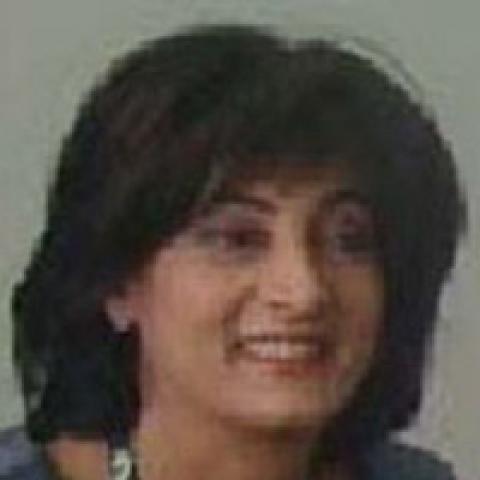 All Lebanese parties now acknowledge Saudi Arabia’s role in the selection of Tammam Salam to head the next Lebanese government. Visits in recent days by the Wahhabi kingdom’s ambassador to Lebanon to several political parties and to the prime minister-designate are only the tip of the iceberg.

It remains unclear why exactly Saudi officials preferred the most moderate and atypical Sunni and March 14 figure to form the next government. The selection of Salam surprised the March 14 coalition as well as its political rivals. Hezbollah and its allies voted for him as a gesture of goodwill, but are uncertain about the next step. According to the Hezbollah camp, there are several explanations for the elevation of Salam.

Foremost, the country’s security situation has become alarming to many, especially in regard to the Sunni-Shiite dispute, as evidenced by incidents in Beirut (aggression against the sheikhs of Dar al-Fatwa) and Sidon (attacks against Shiite minibus drivers on the road to the south). Saudi officials may have decided to get involved because they understand the balance of power in Lebanon and are trying to protect the Sunni community from another operation like the one from May 7, 2008, when Shiites gained control of the Muslim sector of the capital. If so, choosing Salam was designed deliberately to address the concerns of the Shiites, especially Hezbollah, at this particular stage. What might follow, however, raises a number of questions.

If Saudi Arabia acted with US approval and sincerely wishes to protect Lebanon from the Syrian contagion, choosing Salam was not just a sign of goodwill, but also a strong message in support of stability in Lebanon and a signal that the country needs a unity government.

If Saudi leaders acted on their own and are seriously seeking a resolution in Lebanon to avoid losing it, like Iraq, then they recognize that in Lebanon one cannot give power solely to the Sunnis and March 14, without the participation of other communities, especially the Shiites. So the Saudis chose Salam with the mission to form a unity government. If the Saudis had wanted a March 14 cabinet, they would have chosen a figure of "defiance" rather than a moderate like Salam.

If Saudi Arabia wants to regain control in Lebanon and Syria, then its leaders had to do away with former prime minister Najib Mikati’s cabinet, formed after the ouster of Saudi protégé Saad Hariri and his cabinet in January 2011. In this case, Salam stands as a transitional figure on the road to transforming Lebanon into a rear base of support for the Syrian opposition in the merciless war that the Gulf monarchies of Saudi Arabia and Qatar are waging against the Bashar al-Assad regime.

Saudi Arabia is back in charge in Lebanon at a time when Syria, Lebanon’s traditional patron, is preoccupied with other priorities, such as confronting the plot to strike at the resistance axis connecting Tehran, Damascus and Beirut’s southern suburbs.

It appears that the situation in Lebanon necessitated the designation of Salam to first settle things down, calm the street and allow the country to catch its breath. Salam cannot, however, form a national unity government. He will either step aside in a few months or form a one-sided government (of March 14 forces), which in theory might weaken Hezbollah and free the Lebanese Shiite community of Iranian influence. This scenario may more likely be brought about by developments in Syria that further undermine the Assad regime and strengthen the Syrian opposition parties supported by the Saudis.

For now, it is difficult to point to one or another as the most likely scenario. The overall atmosphere is positive, and all the parties claim they want to cooperate with the prime minister-designate. Hezbollah, meanwhile, is preparing for all eventualities.

Scarlett Haddad is an analyst at the Francophone Lebanese daily L'Orient-Le Jour.