The political uncertainty arising from the resignation of Lebanon's prime minister is sparking worries in Iran, which maintains key interests in the tiny but strategic Arab country. 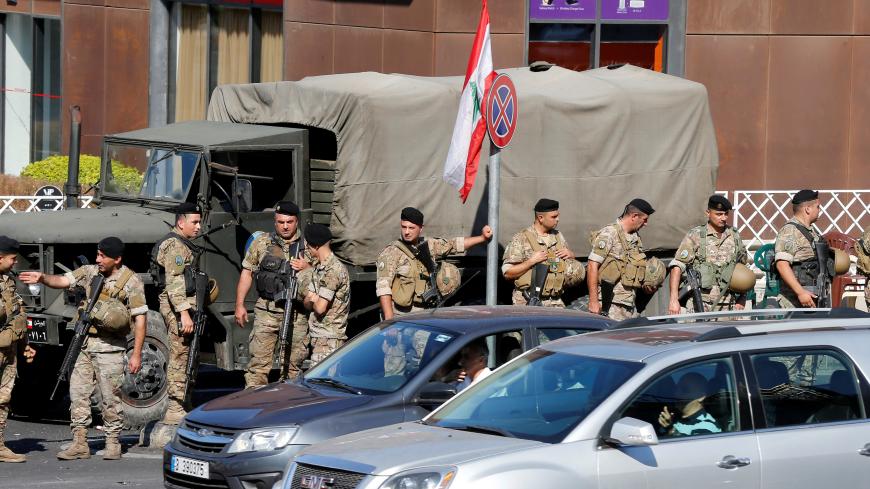 Scenes of jubilation in the streets of Beirut, triggered by the Oct. 29 resignation of Prime Minister Saad Hariri, were not welcome news to Iran's political elites, who have closely and anxiously followed the last two weeks of popular protests in the Lebanese capital.

Sparked by public discontent with corruption and stratification, the upheaval concerned Iran, which has been battling to oust Saudi Arabia from the Lebanese political scene.

But hard-line media outlets were less diplomatic. Papers with little tolerance for Saudi influence in the Middle East painted a gloomy picture of the future. Kayhan — affiliated with the office of Iran's supreme leader — lamented a "political vacuum" that serves the interests of "enemies."

"The interference by the United States, Saudi Arabia, the UAE and Israel is too obvious to need an explanation," read a Kayhan editorial. The editorial claimed that domestic foes of the Iran-backed Hezbollah had "instigated" the protests.

The official narrative of the Islamic Republic criticizes Hariri and his Future Movement for their pro-West agenda and "manipulation" by Saudi Arabia. In spite of that, Iran viewed Hariri's resignation as not the best option in a country with a political tradition of protracted stalemates and — more importantly — one that is bordered by Israel, Iran's top enemy.

"Hariri surrendered," read a headline on Javan's front page. "The Saudi-controlled chess piece resigned merely to throw Lebanon into fresh crises." The public rage, according to Javan, was due to the "incompetence" of the "faint-hearted" prime minister.

Over the years, Iran's influence in Lebanon and its funding of Hezbollah have been controversial and divisive issues among Iranians. In light of that, endless debates on Hariri's farewell proliferated on Iranian social media platforms. "The resignation was the worst blow to Hezbollah and [President] Michel Aoun," one user tweeted, adding, "They will not be able to form any coalition government without Hariri. The ultimate winners are Hariri and Saudi Arabia." Some praised the power of public pressure to create real change in Lebanon, while others pointed to the "failure of four decades" of Iran's push to gain a foothold in Lebanon.

In yet another sign of how the ongoing situation in Lebanon matters to Iran, Supreme Leader Ayatollah Ali Khamenei warned that a "political vacuum" will not help the Lebanese take positive steps forward. While acknowledging the "legitimate" grievances of the Lebanese, Khamenei advised them to pursue their demands within "legal frameworks." Addressing a military academy in Tehran Oct. 30, Khamenei said the US government and intelligence agencies "funded by reactionary regional countries" were behind the crisis in Lebanon.