Egyptian President Abdel Fattah al-Sisi has extended a state of emergency in place since April 2017, which some say violates the constitution and is used by the regime to suppress the opposition. 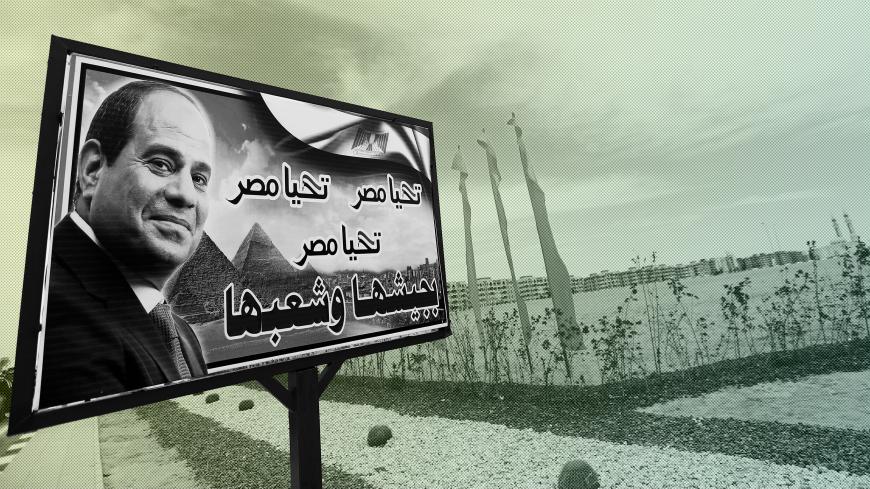 Though under the constitution, a state of emergency is not to not be extended more than once, the recent decision marks the 10th time that the state of emergency has been renewed since April 10, 2017, when Sisi first declared it a day after two terrorist attacks targeted churches in Alexandria and Tanta, leaving 44 people dead.

Ousted President Hosni Mubarak had also imposed a state of emergency during his 30-year rule after the assassination of former President Anwar Sadat in 1981. It was renewed every two years by presidential decree throughout his reign until the January 25 Revolution in 2011.

The Egyptian government has repeatedly stated that it is not using the state of emergency to restrict freedom of movement and conduct arbitrary searches.

Adel Ramadan, a human rights researcher with the Egyptian Initiative for Personal Rights, told Al-Monitor that the extension of the state of emergency is not justified and that it is being used as a pretext to arrest political activists and those working in public affairs.

The current political regime only allows pro-government parties to practice politics. Ramadan noted that being denied legitimates channel to legally express themselves has pushed some young people to extremism.

Ramadan stressed that extending Egypt's state of emergency over 10 times is unlawful and violates the Egyptian Constitution, pointing out that after every two consecutive renewals, the state waits a few days to avoid violating the rule against multiple extensions.

“The state of emergency has been in place for over two and a half years, but terrorist incidents have not subsided, while arrests of political and civil activists are increasing by the day,” Ramadan explained.

According to a Human Rights Watch report published in March 2015, “An Interior Ministry official acknowledged in July 2014 that authorities had arrested 22,000 people over the previous year.” The report read that 41,000 people were arrested or faced criminal charges from August 2013 to May 2014. Meanwhile, Amnesty International expressed concerns over human rights violations during Egypt's ongoing state of emergency.

Mohamed Nour Farhat, a constitutional law professor at the Faculty of Law at Zagazig University, told Al-Monitor that the Egyptian Constitution explicitly prohibits the extension of the state of emergency more than once, with a maximum of six months. The government gets around Article 154 by dividing the extensions into distinct periods with short times in between.

Although the security situation in Egypt has been characterized by a great unrest for a long time with many terror incidents, especially in the Sinai Peninsula, but this does not justify violating the constitution, he explained. The recent increase in terrorism, particularly the Aug. 5 bombing near the National Cancer Institute in Cairo, was used to justify the renewal of the state of emergency, he noted.

Farhat pointed out that though the government claims it is protecting Egyptians' freedoms by taking exceptional measures during the state of emergency, it has not done so. Meanwhile, the arrests and searches of Egyptian citizens increase.