Remarks by former Israeli Ambassador to the United States Michael Oren on allowing Israel to "crush" Hamas symbolize the brutality of the current conflict. 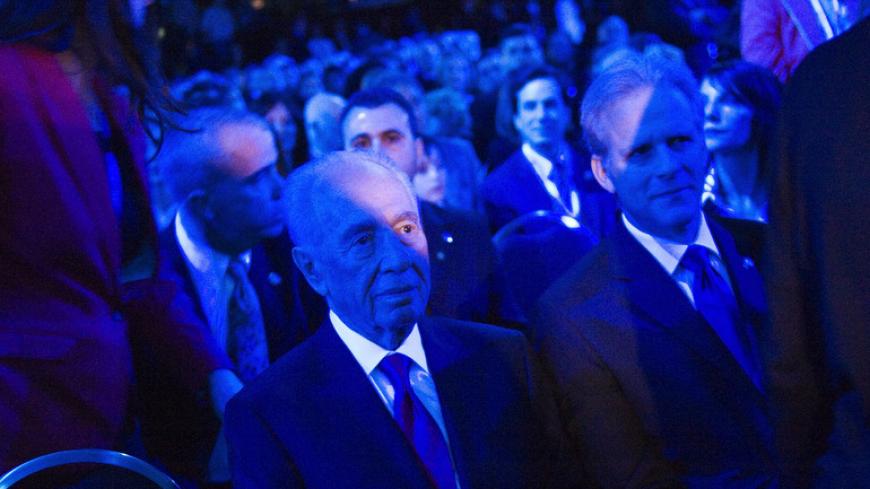 On July 24, the Washington Post published "Israel must be permitted to crush Hamas," an op-ed by Michael Oren, former Israeli ambassador to the United States. His desired outcome is an echo, or a potential replay, of what took place in July 1948 in Lydda: "[S]oldiers of the new Israeli army emptied that city of its Palestinian inhabitants and … killed more than three hundred civilians in cold blood and without discrimination," according to Jonathan Freedland's essay on liberal Zionism in the New York Review of Books, in discussing a chapter in Ari Shavit's "My Promised Land: The Triumph and Tragedy of Israel." According to Shavit, during those days, "Zionism carrie[d] out a massacre."

Oren writes that demolishing Hamas is in the interest of world peace. "To guarantee peace, this war must be given a chance," he wrote. Freedland quotes Shavit as stating, "If Zionism was to be, Lydda could not be. If Lydda was to be, Zionism could not be." Shavit tries to resolve his dilemma by acknowledging and then absolving his guilt with the thought that the Zionist project is ultimately justified because it brought the state of Israel to Palestine.

As a temporary humanitarian cease-fire in Israel's most recent campaign against Gaza came to an end, Oren's call to "crush Hamas" dehumanizes Palestinians, dismissing the sanctity of human life. It encapsulates the idea that any means justify the end. This, in turn, explains the rejection of Israeli Prime Minister Benjamin Netanyahu’s cabinet of pleas for a permanent cease-fire.

The civilian casualties in Gaza are disproportionate, with much higher fatalities and wounded among Palestinians, and Israel has violated the immunity of the UN Relief and Works Agency (UNRWA) shelters in Gaza. Netanyahu is impatient to continue the project of crushing Hamas, as described by Oren. Israel’s right-wing government is returning to the impulse that led to the "crushing" of the Palestinian people in Lydda in 1948.

July 28 marks the end of the holy month of Ramadan for the Muslim world. For the people of Gaza, in particular, and Palestine, in general, Eid al-Fitr should have been a day of celebration. Sadly, it will be a day of mourning and reflection.

Palestinian unity and the impulse to 'crush'

In Al-Monitor on July 22, I wrote that Israel had labeled the Gaza Strip a “belligerent entity” to justify its current and past two wars. Israel has maintained that it will only deal with the Palestinian Authority in Ramallah. In other words, Israel has signaled, through its intense and continued destruction of Gaza, that it does not recognize the Palestinians' national unity government and the cabinet of Rami Hamdallah. Israel states it will only deal with the PA, which has relinquished its authority to the cabinet of national unity, a cabinet that Israel seeks to delegitimize and undermine.

In addition, the option of compassion has been stifled. The agonizing sounds of the people of Gaza have been dismissed or marginalized. The discrepancy in casualties has been deliberately ignored, and yet the thrust to crush persists within Netanyahu and his government. I am sure that in the next few days, Israeli’s constituency of conscience will reassert the sanctity of Jewish values and project a resolute commitment to restore compassion, rationality and, ultimately, authentic reconciliation. It might take a long time, but I think the crudeness of Oren's slogan could expedite the process of the human corrective within Israel's political scene.

The urge to crush Gaza was motivated by the Israeli government's desire to penalize Hamdallah’s unity cabinet. This explains the growing outrage as well as the firm solidarity of West Bank Palestinians with Palestinians in Gaza. I hope that US Secretary John Kerry, in his efforts to bring about a cease-fire, will now have some insight into Israeli intransigence and reject Netanyahu’s request for a free hand to crush. Perhaps this is will be the time when the United States undertakes a consequential reassessment of its policy toward the Israeli-Palestinian conflict, a policy that lies at the root of the failure of Kerry’s vigorous attempt at a peaceful outcome to the conflict.