The Egyptian government recently decided to amend prices of natural gas used in industries, subject to changes depending on world market prices. 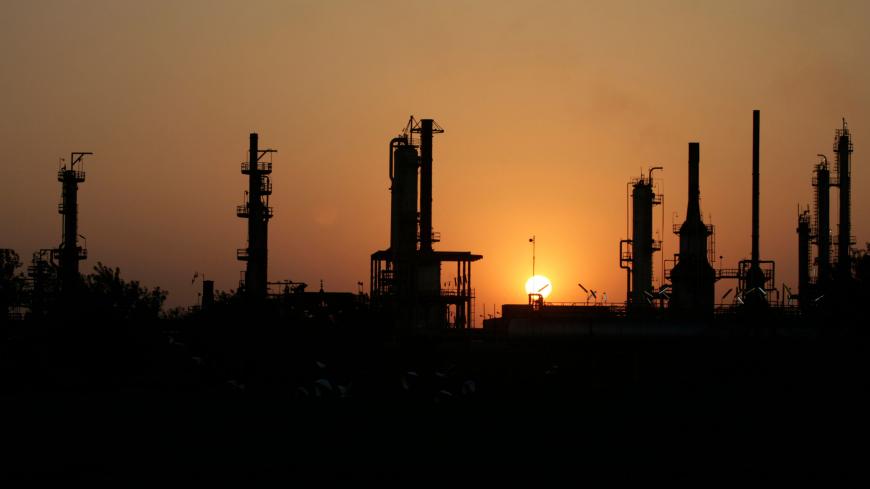 The Egyptian Cabinet announced Oct. 3 its approval of the recommendations of the ministerial committee regarding re-pricing natural gas used in some metal industries and building materials — a move that has drawn mixed reactions over the tangible impact of the new prices on the country's industrial sector.

According to the Cabinet's decision, gas prices for the cement industry fell to $6 per million British thermal units (Btu) instead of $8. The price of gas used in the iron, steel, aluminum, copper, ceramic and porcelain industries also fell to $5.5 per million Btu instead of $7.

Meanwhile, Egyptian Prime Minister Mustafa Madbouly said during the Cabinet session that these prices are to be reviewed every six months in light of the current changes in world prices along with economic and social conditions.

Following the decision, some companies listed on the Egyptian Stock Exchange released separate statements, clarifying how they are affected by the newly approved re-pricing of natural gas.

Regarding the steel industry, Ezz Steel explained that it consumes 11 million Btu per ton. Therefore, the reduction of gas prices will help narrow the gap between production costs and final product prices.

However, Misr National Steel said the decision has no noticeable impact on the cost of production as the company relies on rolling mills and, hence, the impact of natural gas on them is limited.

As for the cement industry, Arabian Cement Company and Tourah Portland Cement Company revealed the recent re-pricing of natural gas would not affect the profitability of the two companies or their business results, adding they are using coal and alternative energy for production.

Egypt's large production of natural gas in the current stage along with the availability of a surplus contributed greatly to the adoption of this decision, Youssef said.

Some industries, he added, resorted to butane as a substitute for natural gas due to its soaring prices — a matter that led to some distortions in the final products. So taking action and modifying gas prices are of paramount importance, Youssef stressed.

“The new prices also have a direct impact on citizens since it will help decrease products' prices,” he added.

It is worth mentioning that for the first time ever, the Egyptian government also announced on Oct. 3 a decrease in the prices of petrol products in the local market by 25 piasters ($0.015 cents) per liter. The government said the decrease in gas and oil prices was due to the decline in Brent crude oil barrel prices on the international market between July and September 2019.

Since the issuance of the government's decision to re-price natural gas used in industries, the diverse divisions in the Federation of Egyptian Industries (FEI) began commenting on its effect on the local industry.

Head of the FEI's ceramics division Sherif Afifi said in a press conference Oct. 4 that the Cabinet's decision to reconsider the pricing of gas for factories is a positive step toward increasing the competitiveness of the Egyptian product and reducing the production cost, which will affect the price of the final product.

In a related context, head of the Chamber of Building Materials Industries Ahmed Abdel Hamid told Youm7 newspaper Oct. 7 that the impact of the decline in the price of gas on the cement sector in particular and the building sector in general will appear somewhat late.

This is because many cement factories are now using a combination of energy including electricity, coal, gas and alternative energy from recycling. However, the decrease in gas prices may prompt factories to return to the use of natural gas again as a key energy component, he added.

“It is too early to say that such a decrease in gas prices and its impact on cement and steel sectors will reduce real estate prices. This is a slight decrease,” Mahmoud Awad, a contractor, told Al-Monitor.

Meanwhile, Awad said since gas prices will be reviewed on a regular basis in light of the international market prices, such prices may increase or decrease. “So, we have to wait for enough time until the average price becomes clear. Then, the impact of gas prices on diverse sectors including real estate will be crystal clear,” he concluded.