The operator of a popular dissident Telegram channel was in Iraq when he was apprehended and handed to Iran, according to BBC Persian. 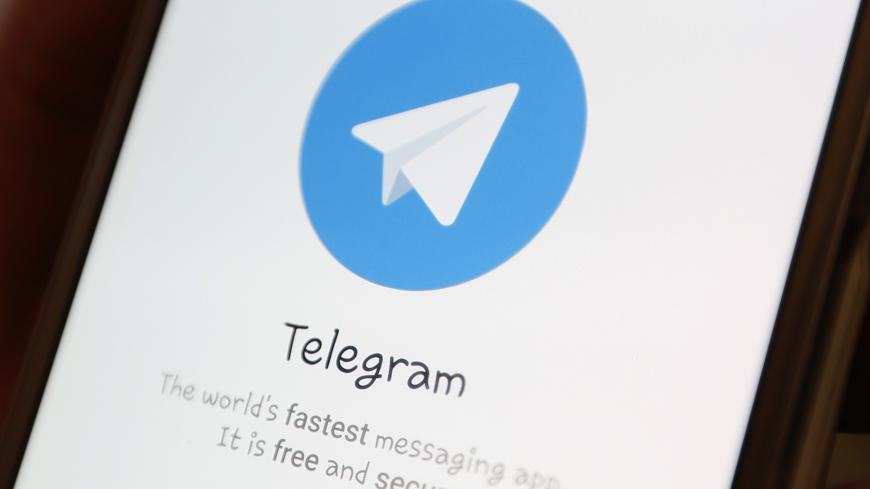 The Telegram logo is seen on a screen of a smartphone in this picture illustration taken April 13, 2018. - REUTERS/Ilya Naymushin

The arrest of an operator of a popular Telegram channel on Oct. 14 shocked many Iranian dissidents abroad. Rohollah Zam, the administrator of Amad News, was residing in France as a political refugee when the Islamic Revolutionary Guard Corps Intelligence Organization announced his arrest and shortly thereafter aired a video confession.

Many dissidents and observers abroad wondered how someone could be apprehended by the IRGC in the relative safety of Europe. According to BBC Persian, Zam was arrested in Iraq and handed over to Iranian authorities. Zam reportedly flew to Iraq on Oct. 12, according to BBC Persian. One day after his arrival his wife, Mahsa Razani, lost contact with him. It is not yet clear what Zam was doing in Iraq or why he thought he would be safe in a country that has an extradition agreement with Iran.

Some Iranian websites also published the video of Zam’s statement after his arrest. In the video, Zam looks into the camera and says that he “regrets” his activities of the last few years. He added “it was a mistake to trust the French government,” adding, “In general trusting governments is not wise, especially those who show they have a bad relationship with the Islamic Republic, such as the United States, Israel, Saudi Arabia and Turkey.” Zam added that he would need to “apologize to the system as a whole” for his actions.

The IRGC took over the Amad News Telegram channel and posted the statement to its followers. Amad became wildly popular during the 2017-2018 protests. The channel, despite its popularity or perhaps because of it, often published inflammatory posts and videos with little regard for accuracy or news value.

The French news site Le Figaro reported that the IRGC sent a young woman to France to meet with Zam and that she had persuaded him to travel to Iraq to meet with representatives of Ayatollah Ali Sistani. Sistani’s office denied any “direct or indirect” contacts with Zam, as well as any knowledge of his trip to Iraq. Zam’s wife said that the person who convinced him to travel to Iraq had had their “complete trust.”

Zam is the son of Mohammad Ali Zam, an influential cleric who has held important media positions within various institutions in the Islamic Republic. Mohammad Ali told the Iranian press that he had no knowledge of his son’s arrest until he saw it on the news. He added that with the exception of a few exchanges of “messages and advice,” he was not on regular speaking terms with his son.