Authorities in Tehran say they detained Jamshid Sharmahd, the leader of a California-based opposition group, inside Iran, yet questions remain about his detention. 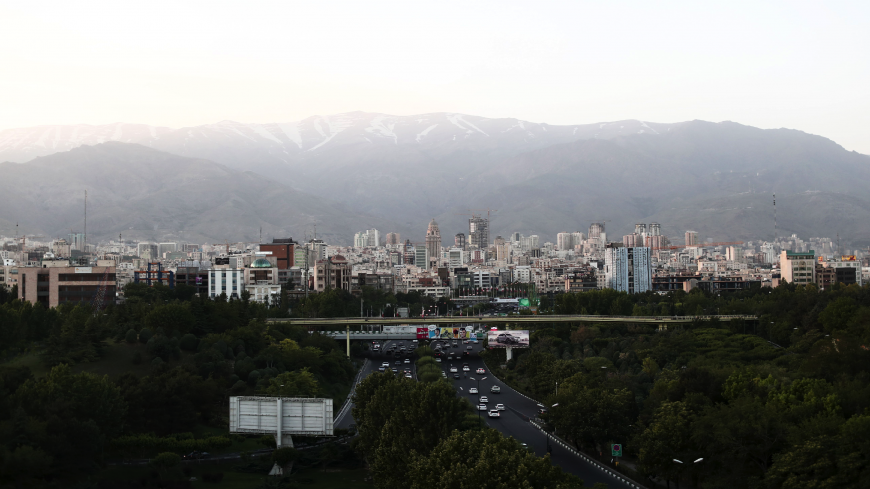 A picture taken on May 18, 2017, shows the skyline of northern Tehran from the "Nature" bridge in the capital Tehran on the eve of the presidential elections. - BEHROUZ MEHRI/AFP via Getty Images

Iran’s Intelligence Ministry claims to have arrested a leader of an armed monarchist group inside Iran, though his family members deny he traveled there.

The Intelligence Ministry statement claims Jamshid Sharmahd was arrested in a “complex operation” inside Iran. Sharmahd is the leader of the Kingdom Assembly of Iran, a California-based monarchist group that seeks to place Reza Pahlavi, the son of Mohammad Reza Pahvali, the last shah of Iran, on the throne. The group is often referred to as Tondar, which means thunder in Persian.

Despite the group’s ambitions of restoring the monarchy, Pahlavi is not involved in the group’s activities. The group is allegedly responsible for the 2008 bombing of a Shiraz mosque in Fars province that killed 12 people and wounded 200. In 2010, two individuals, Mohammad Reza Ali Zamani and Arash Rahmanipour, were charged with being members of the group and were executed.

Iranian state television aired the confessions of a blindfolded Sharmahd shortly after his arrest. Iran’s Intelligence Minister Mahmoud Alavi said Sharmahd received “serious support from American and Israeli intelligence.” Alavi also said Tondar is unlike other monarchist groups, which simply issued statements periodically, adding it is a “violent group.” The group’s website makes references to charges from Iran’s government but doesn’t deny them. The group did, however, refer to Sharmahd's arrest as an “abduction.”

Alavi said the group was behind 27 planned attacks, many of them foiled by the Intelligence Ministry before they took place. He also criticized Interpol for allowing Sharmahd to travel around the world under his own name despite being wanted in Iran.

Shortly after his arrest, Sharmahd’s family rejected the claim he was arrested in Iran. His family claimed he had traveled to Tajikistan. In a statement, Iran’s Intelligence Ministry “seriously denied this news.” The statement added that Tondar was also responsible for other bombings, including a bookstore in Tehran and former Supreme Leader Ayatollah Ruhollah Khomeini’s shrine.

The arrest of Sharmahd and the questions regarding the location of his arrest reminded many Iran observers of the arrest of Rohollah Zam, who operated the opposition Telegram channel Amadnews. The channel became popular during Iran’s 2017-2018 protests by sharing news, which was sometimes unreliable. Zam was arrested in 2019. Iranian intelligence claimed Zam had traveled to Iraq. However, like Sharmahd, it is almost unbelievable that Zam would travel back to Iran after engaging in anti-government activities. Many believe that Zam was likely lured to Iraq and arrested there.

Iran has a long history of seeking out dissidents and anti-government actors overseas. In the 1980s and 1990s, the government used assassinations to silence those they deemed threats. However, it seems the latest tactic has been to lure these actors to countries where Iran can operate more freely than it would be able to in a European country.