Iran sees Rouhollah Zam as an enemy of the state in part as a result of his controversial coverage of anti-government protests in Iran; Iranian Supreme Court also upholds a five-year sentence for French-Iranian researcher Fariba Adelkhah. 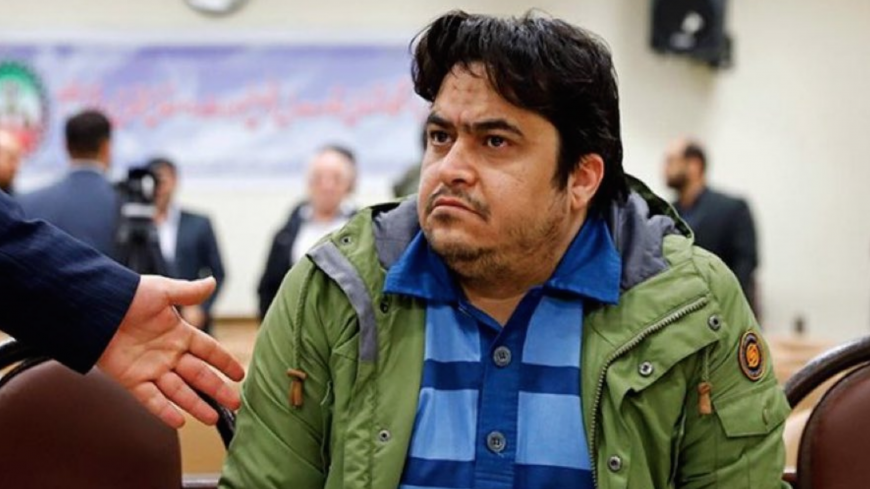 Following monthslong proceedings, the Iranian judiciary has given the death penalty to Rouhollah Zam, the 47-year-old journalist who founded and operated Amad News, which served as an opposition outlet on the social media platform Telegram.

Judiciary spokesman Gholam-Hossein Esameeli told a televised briefing June 30 that the verdict is still subject to appeal and a final ruling lies with Iran’s Supreme Court. Given the sensitivity and high-profile nature of the case, however, an acquittal appears unlikely. Zam was tried on 17 counts of "security" charges, ranging from espionage for Israel and France to inciting deadly violence, leaking classified intelligence and insulting the Iranian supreme leader. Esmaeeli said 13 of those charges were instances of “corruption on earth,” a wide-ranging felony punishable by execution under the Islamic Republic’s penal code.

The court was presided over by Judge Abol-Qasem Salavati, who owes his notoriety to harsh verdicts against Iranian journalists, dissidents and protesters. During the previous session June 9, Zam pleaded not guilty to the leading charges, arguing that what he has done is nothing but journalism.

The son of a once-influential cleric, Zam was arrested in October in what Iran boasted about as a sophisticated operation. The dissident journalist was reportedly enticed into landing in neighboring Iraq. The exact details of how he was apprehended in Iraq and transferred to Iran remain unclear. But according to an exclusive BBC Persian report, Iraqi authorities captured the journalist upon arrival in Baghdad and turned him in to Iranian intelligence authorities under a bilateral extradition agreement.

Zam’s known political activities date to 2009, when he was arrested in the aftermath of protests that rocked Iran amid the disputed reelection of President Mahmoud Ahmadinejad. After his release, Zam lived in exile in France, and wrote a public letter to Supreme Leader Ayatollah Ali Khamenei that spoke of  “torture and mistreatment” at Iranian detention centers.

Zam increasingly drew the ire of Iranian authorities with his coverage of the deadly unrest in early 2018 when, according to his indictment, he promoted violence through his Telegram channel. Zam also released documents that allegedly showed prevalent fraud in the Iranian judicial system, particularly implicating former chief justice Sadegh Amoli Larijani. Some in Iran have questioned Zam’s reporting, saying his writing has been marred by bias, misinformation and breaches of journalistic integrity.

As Zam’s audience expanded exponentially, he was placed further under the spotlight by Iranian officials. In a documentary series aired by the state broadcaster in February 2019, Iran’s intelligence forces appeared to have gained rare access to Zam’s private conversations with an extended network of Iranian dissidents abroad.

In another development on the same day Zam’s verdict was made public, Iran’s Supreme Court upheld the five-year sentence given to French-Iranian researcher Fariba Adelkhah; she was arrested in June 2019 on “security charges.” The case has been at the center of high-level diplomatic exchanges between Tehran and Paris. The latter’s persistent calls for the release of the academician have been rejected by the Islamic Republic, which does not recognize dual citizenships in its judicial proceedings.

Adelkhah’s French partner, Roland Marchal, was also arrested during a visit to Tehran. He, however, was flown back home in March in what has been reported as a French-Iranian prisoner swap, which secured the release of Jalal Rouhollah-Nejad, an Iranian engineer who was awaiting extradition to the United States over violating US sanctions on business with the Islamic Republic.