The Donald Trump administration should use the investigation into suspected Iranian attacks on Saudi oil facilities to de-escalate regional tensions, a former top US diplomat said at an Al-Monitor event Sept. 24. 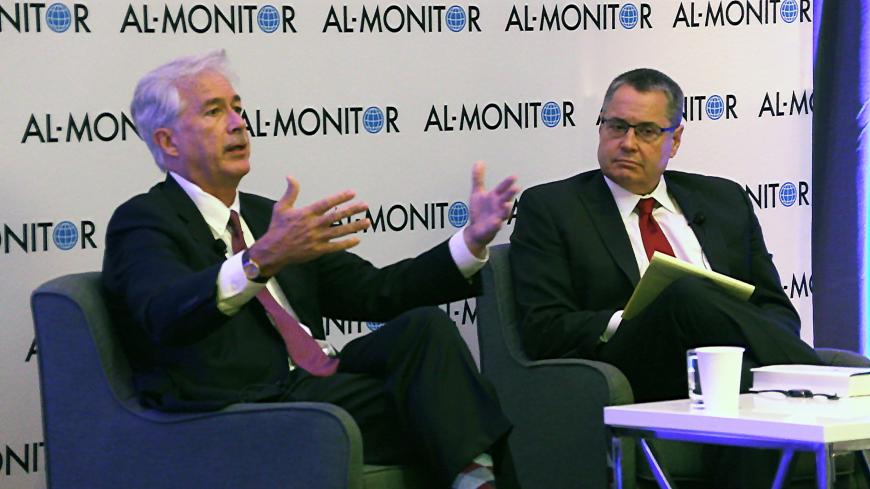 The Donald Trump administration should use the investigation into suspected Iranian attacks on Saudi oil facilities to de-escalate regional tensions, a former top US diplomat said at an Al-Monitor event today.

Ambassador Bill Burns, who served as deputy secretary of state during the Barack Obama administration, said at an Al-Monitor Middle East Mornings breakfast that growing diplomatic pressure on Iran could allow the United States to press for room to have expansive talks to lower tensions in the region.

“You want to use the leverage we have now to make a much more serious push on Yemen and create some time and space to deal with the Iranians to lowering tensions in the Gulf,” Burns said.

The former US diplomat spoke as more US allies appeared to get behind the Trump administration’s decision to blame Iran for this month’s attacks. Germany, France and the United Kingdom joined the United States on Monday night in blaming Iran for drone and cruise missile attacks on Saudi oil facilities at Abqaiq and Khurais.

Speaking at the United Nations General Assembly on Tuesday, Trump appeared to ramp up counter-Tehran rhetoric in the wake of the attack, again signaling that the US administration will not attempt to re-engage in talks after the attacks. "Iran's leaders will have turned a proud nation into just another cautionary tale of what happens when a ruling class abandons its people and embarks on a crusade of personal power and riches," Trump said.

The strikes shook world oil markets, temporarily taking out 50% of Riyadh’s supplies, and prompted the Pentagon to send more American troops and equipment to Saudi Arabia in what the US administration deemed a defensive measure.

Iran, he said, may be reading Trump’s decision not to strike in response to the June downing of an American surveillance drone and attacks on the Saudi facilities as weak. "Right now I think the Iranians are tempting fate. They're tempted to overreach," Burns said.

Yet he proved critical of the Trump administration’s "maximum pressure" strategy, calling the plan to leave the 2015 Iran nuclear deal and instead pressure Tehran with stepped-up sanctions and military deployments a “foolish mistake.”

Trump, he said, “has experimented with the notion that you can engage in a diplomacy that’s all coercive and no diplomacy. The problem is that unless max pressure is tethered to realistic aims, you end up in a situation that leads to explosions."

“What happens in Vegas stays in Vegas doesn’t apply in the Middle East,” Burns said, adding, “What happens there tends to spill over into the rest of the world.”