While the recent attacks on two Saudi oil facilities will impact global oil prices, it is the US commitment in the region that is under attack. 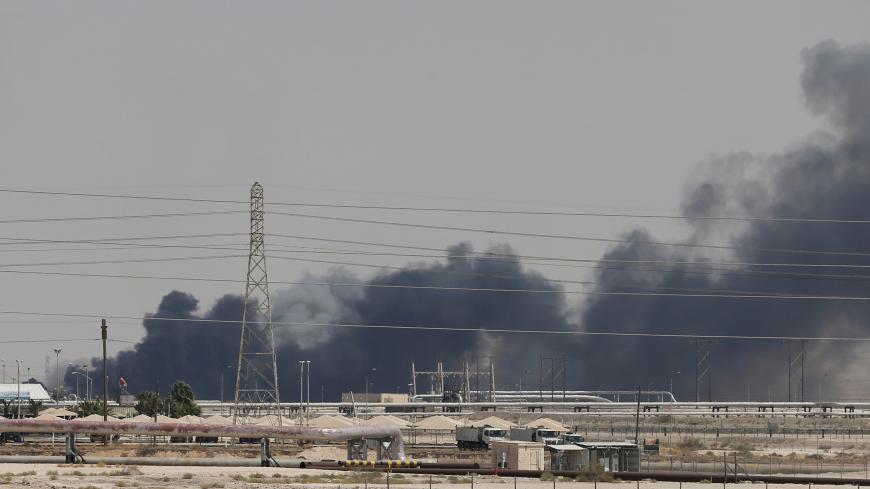 Smoke is seen following a fire at Aramco facility in the eastern city of Abqaiq, Saudi Arabia, Sept. 14, 2019. - REUTERS/Stringer

The twin attacks on the oil processing center of Abqaiq and the oil field of Khurais will certainly have an impact on oil markets this week. While Brent crude prices have been reticent to move past $60 a barrel for a year, analysts expect price movement anywhere from an additional $5 to $15 per barrel. That price movement will depend on how the Saudi government manages information flow about the attacks on its oil facilities, and how quickly it returns to full production, processing and export. Saudi Aramco President and CEO Amin Nasser promised to share a detailed assessment within 48 hours of the attack, which would time the disclosures before markets open in London and New York on Monday. As of this morning he had yet to make a public update. The transparency will matter a lot.

The attacks were able to disrupt half of Saudi oil production over the weekend, cutting 5.7 million barrels per day to global markets. By Sunday, however, Energy Intelligence reported that as much as 40% of that disrupted production (about 2.3 million barrels per day) was already restored one day after the attack.  For Aramco, the state-owned oil giant, the transparency in reporting damage and the ability to regroup and respond to its customers' demands is vital to its promise to take on more shareholders. But ultimately, this attack threatens much more than a small initial public offering on the local exchange.

The game changer in international oil markets is the audacity of the attack, in its precision and exposure of the vulnerability of Saudi oil infrastructure. And now everyone knows it can happen again. This isn't about Saudi Arabia at all. It is about American leadership and commitment to a global economic order. We are not going to run out of oil. We may run out of credibility.

US Secretary of State Mike Pompeo quickly attributed blame to Iran, not the Houthi rebels of Yemen (who actually did claim responsibility for the attacks). Pompeo and the Donald Trump administration must now follow through with ramifications for the accusation against Iran. If Tehran is responsible, they must share evidence of Iran's culpability in the attacks. And then the United States must act, and act resolutely. To decline retribution would only embolden Iran and its Houthi allies, and it would further distance Saudi Arabia from the United States in a sense of its isolation and a growing frustration with the dependability of the US administration.

The Trump administration will want to somehow sustain the effort toward negotiating a new deal with Iran, while also building credibility for its maximum pressure campaign. In an administration not known for its finesse in communication strategy, this will be a tall order. The problem is that the maximum pressure campaign has begun to look less fierce, less kinetic, in its ambitions after the departure of national security adviser John Bolton and the possibility of a meeting between Iranian President Hassan Rouhani and Trump at the UN General Assembly session in New York just a week away.

But the damage to energy markets and the global economy is even more profound. These attacks have lifted a curtain on the vulnerability of Saudi Arabia and its abilities to defend Aramco and its production facilities. And by extension, the attacks directly challenge the US commitment to defend the mobility and accessibility of global energy markets.  This attack has been on Saudi Arabia, but it is really an attack on the United States and its leadership commitment in the Arabian Peninsula and beyond.