How much are Palestinians paying for 'peace' with Israel?

After receiving another big batch of financial aid from Qatar, some Palestinians are wondering what the on-again, off-again truce with Israel is really costing them. 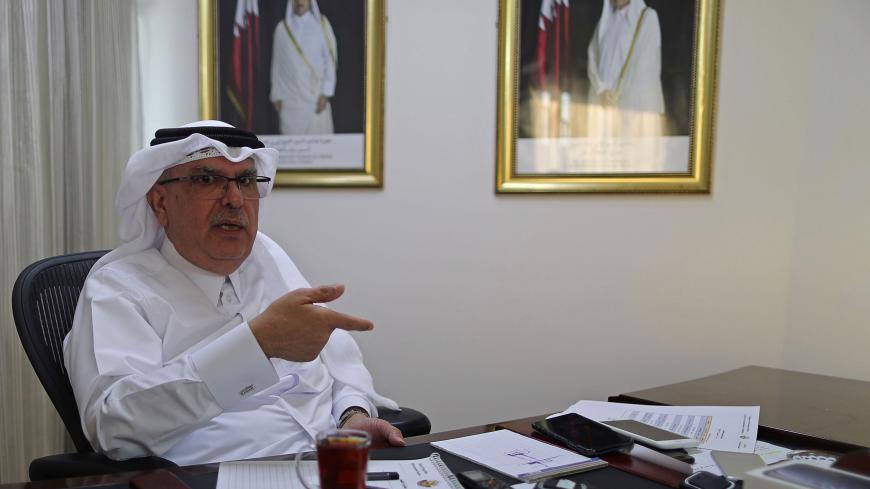 GAZA CITY, Gaza Strip — As he was delivering another $10 million to the Gaza Strip recently, Qatari Ambassador Mohammed al-Emadi said Hamas and Israel have no interest in war and prefer peace and calm. He told Reuters that if citizens feel economically comfortable, they will no longer be haunted by the "ghost of war."

Emadi made these statements Aug. 24 after dropping off Qatari funds to Gaza. The money will be distributed to 100,000 poor families, with each receiving $100. This gift was just the most recent; Qatar has provided more than $1 billion in cash and relief projects to the Gaza Strip in recent years. For example, in October 2018, Qatar offered urgent humanitarian assistance to the Gaza Strip worth $150 million.

But some Palestinians worry that all this money is a payoff in exchange for peace instead of protests as they seek to return to their homes in what is now Israel. In November, some people participating in the Great March of Return protests along the border with Israel damaged Emadi's vehicle by throwing stones to express their rejection of his presence in the Gaza Strip. They saw the funds he delivered as an attempt to put a price on their cooperation.

Hamas spokesperson Hazem Qassem agreed that Hamas is not interested in engaging in a war with Israel but told Al-Monitor the faction is entitled to defend its people and fight for their freedom. He said Palestinians rightfully want Israel to lift its economically devastating blockade on the Gaza Strip.

“Emadi is responsible for his own statements, which are not made in coordination with Hamas," Qassem told Al-Monitor.

He also said Qatar's assistance requires no political favors or posture in exchange, although he acknowledged that improving the economic situation in the Gaza Strip could reduce tensions there by helping to alleviate the humanitarian suffering caused by Israel's pressure.

Ibrahim al-Madhoun, a political analyst and director of Hamas' media wing, the Youth Media Center in Gaza, told Al-Monitor that Hamas and Israel have an implicit agreement not to engage in a military confrontation. “But the ongoing blockade on the Gaza Strip and the deteriorating economic and humanitarian situation, with unemployment reaching 52% in 2018, might lead to social pressure and angry reactions, resulting in a military confrontation. Emadi is warning against this possibility.”

Madhoun continued, “If the blockade is lifted and the economic issue is solved, Gaza will not have to go through a confrontation.”

He said Emadi’s statement about keeping Gazans comfortable is correct and was made in the context of the ambassador's role as an active mediator in the truce understandings. By pumping Qatari money into the Gaza Strip, Emadi is also demonstrating that even Qatar's wealth won't bridge the economic gap in Gaza if Israel continues its restrictions, and his action carries an underlying message to Israel to lift the siege.

“The tense field situation is linked one way or another to the deteriorating economic situation,” Madhoun added.

Israel's blockade is a form of war on Gaza, he said, and nobody will blame Palestinians if they wage war on Israel. After all, Israel has misbehaved, controlling Palestinians' properties and restricting their movements and trade. Israel's foot-dragging in implementing the truce agreements will inflame the situation and cause instability in the region, he said.

Hassan Abdo, a political analyst close to the Islamic Jihad armed faction who writes for several newspapers, told Al-Monitor that Emadi’s statement was short-sighted in explaining relations between Gaza and Israel. Abdo said the economic crisis can't possibly be a motive for stirring up a war against Israel.

“The Gaza Strip is under blockade and is tormented by a lack of basic services, which is affecting life in Gaza as well as Hamas. But, Hamas doesn't represent the whole Gaza Strip. Still, it believes that lifting the blockade is critical to cement its rule and reduce public pressure. Therefore, it's trying to obtain money.”

Abdo argued that the Palestinian cause is political and can't be measured financially. Unless it is resolved, stability won't be achieved.

As soon as people feel economic improvement, he said, they start demanding their legitimate right to eliminate Israel’s occupation. He noted that Palestinians have a right to demand that Israel lift the blockade, and he added that Emadi is not a political figure and overstepped his bounds by implying Palestinians can be permanently appeased by the comfort of money. Abdo said Gazans are silently protesting the Qatari funds.

Hussam al-Dujni, a political science professor at Umma University in Gaza, told Al-Monitor that Emadi’s political discourse on some topics was out of line, but that the ambassador appeared to have good intentions and to want to improve the economic and political situation in Gaza.

Dujni said, “It might seem like his statement depicts Palestinian factions as mercenaries in need of money. But this is not the case, especially since we can't separate the economic from the political situation." The lack of liquidity, he said, "portends an economic and humanitarian catastrophe.”

With Gaza's sky-high unemployment rates, pumping money into the Gaza Strip has a political aspect, even if veiled in a humanitarian cause. Dujni believes it will strengthen citizens’ resilience.

“Pressure should be applied to lift the siege completely," he said. "If this happens, work should continue on the liberation project through the armed Palestinian factions’ military infrastructure.”

Dujni described Emadi as an accepted figure in Israel and the Arab world and said international and Israeli entities might respond to his statements. But he added that Emadi must take heed of the Palestinian conscience, which refuses to barter away its right to its land in exchange for money.