Congress is calling for the State Department to spend $130 million on stabilizing Syria next year, a rebuke to the Trump administration’s efforts to zero out the fund in its 2020 budget proposal. 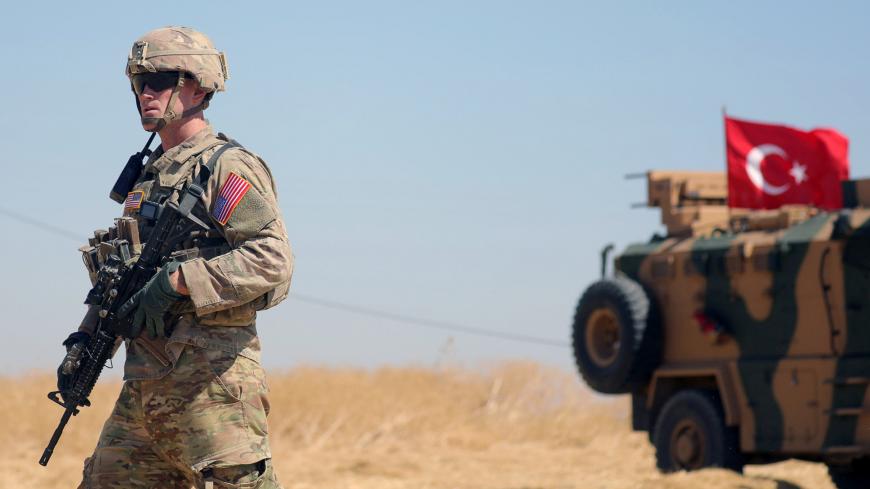 Congress is calling for the State Department to spend $130 million on stabilizing Syria next year, in a budget proposal released on Wednesday, a rebuke to the Donald Trump administration’s efforts to zero out the fund in its 2020 budget proposal.

The Senate’s powerful appropriations panel would include $25 million for programs inside the so-called safe zone that the United States is working to establish with Turkey in northeastern Syria.

In the plan, lawmakers insisted Turkey “cooperate with international and local partners on all aspects of delivering assistance and access to all populations within the zone,” providing registration services and opening up key border crossings. Turkish President Recep Tayyip Erdogan said today that an expanded safe zone could welcome 2-3 million refugees.

The United States previously slashed $230 million in stabilization aid to Syria, but says it has raised as much as $300 million for the effort from allies and partners, such as the United Kingdom, Saudi Arabia and the United Arab Emirates. The bill — if signed into law — would call on the Trump administration to devise a spending plan for the previously allotted money.

The move comes as a top Pentagon official insisted today that the Trump administration would be able to overcome tensions with Turkey to maintain a safe zone on the Syrian border, but he indicated that key details on the effort still remain unsettled.

Christopher Maier, who leads the Pentagon’s Defeat-Islamic State Task Force, told reporters on Wednesday that the fledgling zone is focused on the cities of Tell Abyad to Ras al-Ain along Syria’s border with Turkey. But Maier refused to address the specific depth of the area that has been a major point of contention between the United States and Ankara.

A Syrian Democratic Forces (SDF) official told Al-Monitor last week that the Kurdish People’s Protection Units (YPG) pulled back from the border about 5 kilometers and up to 14 kilometers (3 to 9 miles) in some places, ceding the areas to local military councils.

But Maier said that despite the removal of YPG fortifications, the establishment of helicopter reconnaissance flights and ground patrols, and a combined operations center staffed by US and Turkish one-star generals, Kurdish “security forces” remained in the area.

“Turkey is, of course, a NATO partner. We’re falling in on an ally that’s longstanding and we know how to work with,” said Maier. “Is this going to be a completely easy process? Probably not, [but] we’re attempting to put something in place that helps reassure Turkey’s significant security concerns,” he added.

“[Are] there at times agreements behind closed doors? Of course. But what we’re focused on is what Turkey has asked privately and publicly, which is the removal on the border,” Maier said, declining to put timelines on the use of the mechanism beyond saying that most elements were “on time.”

Meanwhile, the United States continues to provide “tailored arms and vehicles” to the SDF, Maier said, giving Turkey monthly updates on the status of the equipment, with aims of creating forces that can handle the Islamic State on their own — a key US condition for the defeat of the militant group.

Yet with the Trump administration unlikely to increase the US footprint in Syria, the US-trained and Kurdish-dominated force is struggling to contain the IS prisoner population at Al-Hol and other detention facilities. US Central Command chief Gen. Frank McKenzie recently said he’s prepared to execute the IS mission with the same number of American troops already in Syria.

The United States has provided advisers to help Syrian partners manage prison populations, Maier said, but American allies will need to pitch in for the effort to succeed, which US officials have described as a "generational" challenge.

“We’ve seen a pretty significant drop-off in those supplies because this isn’t a major combat operation anymore,” Maier said, adding that the United States will need logistical and other support from the international community to handle the increasing logjam from IS fighters.