Will new initiative spark interest in ending the Hamas-Fatah schism?

Eight Palestinian factions in Gaza have put forward an initiative to end the Palestinian divide ongoing since 2007. 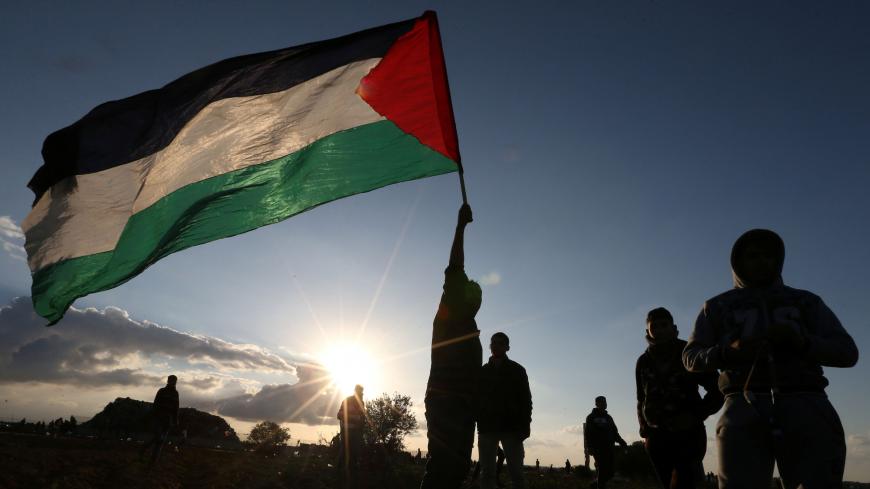 GAZA CITY, Gaza Strip — At a press conference in Gaza City on Sept. 23, eight Palestinian factions presented an initiative to end the Fatah-Hamas split in light of the current threats they see to the Palestinian cause. The current situation, they said, requires national unity to devise a consensus strategy to confront these challenges, among them Israeli policies to deny Palestinian independence and the so-called deal of the century developed by the Donald Trump administration that is believed to take a similar tack.

The eight factions — Islamic Jihad, the Popular Front for the Liberation of Palestine, the Democratic Front for the Liberation of Palestine, the Palestinian People's Party, the Palestinian National Initiative, Palestine Democratic Union, the Popular Front-General Command and As-Saiqa — had on Sept. 20 sent copies of the initiative to the Egyptian government, the Arab League and to Palestinian President Mahmoud Abbas and Hamas political bureau chief Ismail Haniyeh.

The initiative includes an implementation timetable and was framed as an extension of previous Egyptian efforts to mediate between the two main Palestinian movements. Speaking on behalf of the factions at the press conference, Aed Yaghi, head of the Palestinian National Initiative, announced that the reference points for ending the division are the reconciliation agreements from 2005, 2011 and 2017 and the 2017 recommendations for restructuring the Palestinian National Council (PNC) made by the Beirut preparatory committee, which included all the PLO factions, with Hamas and Islamic Jihad participating as observers.

Yaghi said that the first proposed step of the initiative is a meeting of the Committee for the Activation and Development of the Palestine Liberation Organization in October in Cairo, with Palestinian President and PLO Chairman Mahmoud Abbas in attendance. The committee was formed in accordance with the reconciliation agreement signed in Cairo in 2005 and consists of the general secretaries of the Palestinian factions, including Hamas and Islamic Jihad within the scope of the PLO's Temporary Leadership Framework.

The participants in the October talks would pursue developing a consensus national vision, program and strategy and forming a transitional national unity government and monitoring its work until elections. Also, after the PLO's “reactivation”— that is, convening a meeting of the PLO's Temporary Leadership Framework — a new chairman would be elected.

October 2019 through July 2020 is to be a transitional period for working toward national unity, effectively ending the division. This stage entails establishing a positive climate, with parties refraining from making inflammatory statements, and the Palestinian government is supposed to renounce actions taken in March 2017 toward Gaza, such as cutting civil servants' salaries, changing the law to force security personnel into early retirement and suspending disbursements to Israel to pay for Gaza's electricity, among other measures adopted to put pressure on Hamas. Anyone supposedly being held as a political detainee is to be released.

Yaghi added that the timetable for the transition period consists of holding a series of gatherings of the Committee for the Activation and Development of the Palestine Liberation Organization. The agenda of the meetings will include forming a transitional government of national unity no later than the end of 2019 and establishing a timetable and mechanisms for the government to assume its functions. The committee would also work to unify the electoral laws of Palestinian national institutions. The Beirut preparatory committee will hold meetings to arrange elections based on proportional representation for a new PNC. Legislative, presidential and PNC elections are to be conduced by mid-2020.

Hamas had won the legislative elections held in 2006, but after the movement failed to reach an agreement with Fatah to share power, Hamas seized control of Gaza, in 2007. The rift between Hamas and Fatah has been ongoing ever since, with Egypt spearheading efforts to end the schism.

Most recently, a reconciliation agreement was reached in Cairo on Oct. 12, 2017, under which Hamas was to hand over administration of Gaza to the Palestinian Authority. Disputes between the two parties over Hamas relinquishing its arms, however, prevented its implementation.

Hamas spokesman Abdel-Latif al-Qanu told Al-Monitor, “We are showing positive flexibility toward the initiative of the eight factions to end the division and to arrange the internal Palestinian house. Hamas is very much interested in achieving reconciliation on the basis of partnership. The factions’ initiative is positive. We support every effort to achieve national unity in the interest of the Palestinians and their cause.”

Qanu asserted that the initiative does not contradict Egyptian efforts. “Cairo's efforts over the past years cannot be overlooked,” he said. “We affirm that we will respond to the Palestinian factions and pursue their vision in earnest to achieve Palestinian national unity.”

Fatah leader Yahya Rabah, a member of Fatah's Consultative Committee, told Al-Monitor that ending the Palestinian division is one of Fatah’s priorities, but, he also asserted, “We do not want new initiatives to end the division. Reconciliation can be achieved by executing the previous agreements, most notably the recent one signed in 2017 in Cairo by Hamas and the Palestinian factions.” He added, “The Palestinian factions must pressure Hamas to implement the 2017 agreement and hand over the Gaza Strip to the Palestinian government without any impediments.”

Mustafa al-Sawaf, a political analyst close to Hamas, praised the idea and principles of the new initiative for its goal of mending ties and uniting Palestinian efforts to face the dangers posed by Israel and the United States.

Talal Awkal, a political analyst and writer for the Ramallah newspaper Al-Ayyam, has a somewhat pessimistic view, doubting whether the initiative can move the stagnant waters of reconciliation.

“The Palestinians do not need new initiatives,” Awkal told Al-Monitor. “One may wonder why the previous agreements failed. Why didn’t the factions act back then and implement these agreements to end the split?” He added, “This initiative comes a bit too late.”

Awkal also argued, however, that Fatah and Hamas not taking advantage of the initiative could be at their own peril. “Rejecting this initiative could mobilize the Palestinian people, and this would put serious pressure on both sides of the divide,” he said.

Noting that the initiative does not offer anything new, Awkal described it simply as an attempt to help smooth things over.