A court has determined that Al-Azhar University-Gaza must elect a new president, a move that settles — at least temporarily — a row between Fatah leaders that led to a school-closing union strike. 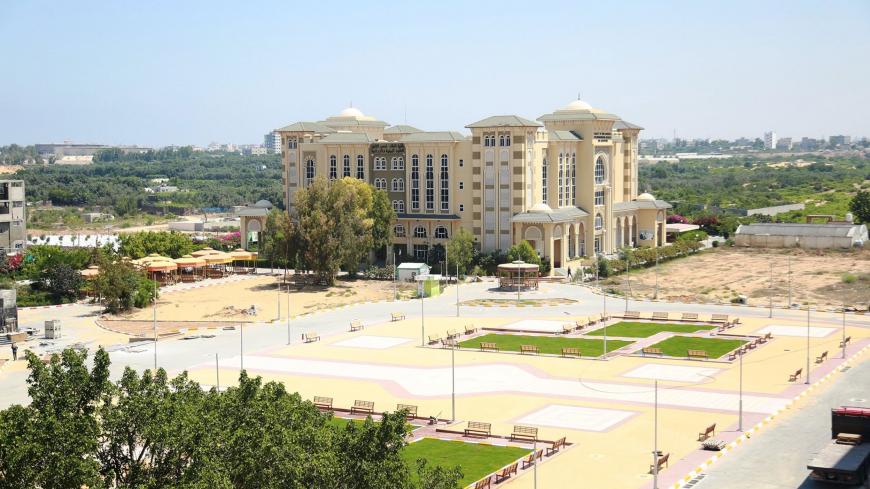 GAZA CITY, Gaza Strip — The Administrative Court of Gaza ruled Sept. 12 in favor of the Workers Union at Al-Azhar University-Gaza, saying the Board of Trustees cannot extend the university president's contract yet again. An interim Board of Trustees now is moving to appoint a new president to succeed Abdel Khaleq al-Farra.

The union went on strike in August, suspending registrations, exams and administrative working hours and leaving thousands of students unable to enroll or attend classes. Al-Azhar was finally able to reopen its doors Sept. 4 while the court's final ruling was pending, according to vice president for administrative and financial affairs Mazen Hamadeh. On Sept. 12, the court ruled the trustees must scrap their decision to extend Farra’s contract for the fourth time. The normal maximum is two terms.

University students now will be able to sit for their summer term exams, and others are back to enroll.

Yet the crisis is not completely defused since the decision to elect a new president comes from the Hamas-affiliated Administrative Court in Gaza, which is not recognized by Fatah or the Palestinian Authority (PA).

The dispute also reflects the row within the Fatah political movement. The Democratic Reformist Current, which is affiliated with dismissed Fatah leader and fierce Abbas rival Mohammed Dahlan, leads the University Workers Union Council. The Board of Trustees follows PA President Mahmoud Abbas and his Fatah party. In general, the board supported Farra, yet even its Legal Committee determined the extension was illegal.

Despite the controversy, Farra had refused to give up the position.

“I will not resign from my post, and I will not abandon the university now that it is facing a threat. My appointment as a president was done according to the university’s laws and regulations,” Farra said in an Aug. 26 statement to Jerusalem Radio.

Farra said the threat to the university lies in the attempts of Dahlan’s Reformist group and Hamas to control university decision-making.

“It is not the prerogative of the workers union to meddle in the appointment of the president," Farra said.

However, union chief Ayman Shaheen told Al-Monitor, “The union represents all the staff of the university, starting from the janitor to the holder of the highest degree. It is our job to defend our rights. There are 55 other professors who fit the profile of the university president. We instructed the Board of Trustees to choose one of these candidates, according to the law."

The union isn't endorsing anyone from among those candidates. “All we want is to have a competent president who is elected as per the law and who can get the university out of its financial crisis and is not driven by external allegiance to Fatah’s leaders,” Shaheen said.

The university's amended internal regulations, issued in 2001, set the president's term at four years, renewable once. However, Abbas issued a decision on higher education in March 2018 setting the term at three years, renewable only once. Trustees in favor of Farra's term extension invoke Abbas' decision, which they say doesn't apply to the school president’s term before the law was issued in 2018. In other words, they claim Farra's years in office prior to 2018 should be disregarded as if he never served.

Shaheen told Al-Monitor the extension decision was based on the personal whims of Fatah leaders in the Gaza Strip with political motives.

Farra had been president of the university since 2010 with two consecutive four-year terms and was granted an extra year because of extraordinary circumstances. Following a legal controversy in August 2018 (the same time Farra's second term expired), then-Board of Trustees Chairman Abdul Rahman Hamad was replaced by Ibrahim Abrash, a political science professor at the university.

In an attempt to maintain some continuity, Abrash decided at the time to extend, as an exception, Farra’s presidency for one year, provided the extension would end by virtue of an agreement of the Board of Trustees on Aug. 31 of this year.

On Aug. 10, Abrash posted on his Facebook page that he had sent a letter to Abbas on Aug. 1 that read, “After consulting the board’s Legal Committee, which recommended not to extend the term of the university president, the Board of Trustees unanimously decided against this extension and to discuss a new president. However, some within the Fatah leadership refuse to change the president and insist on the extension, which is contrary to university regulations and the opinion of the board’s Legal Committee.”

When Abrash received no response in 10 days, he resigned as board chairman. 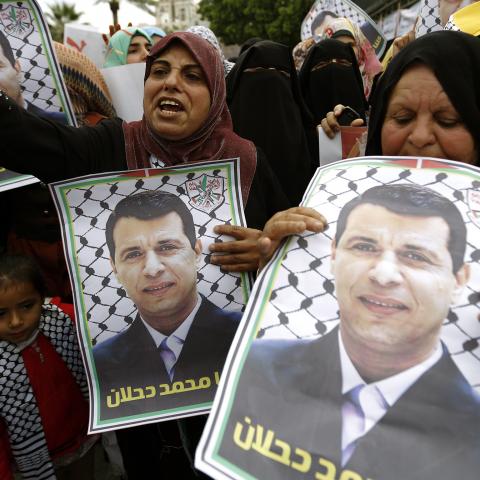