The political bloc affiliated with the Democratic Reformist Current of dismissed Fatah leader Mohammed Dahlan won the majority of seats in the election of Al-Azhar University’s workers union, a blow to Fatah’s popularity. 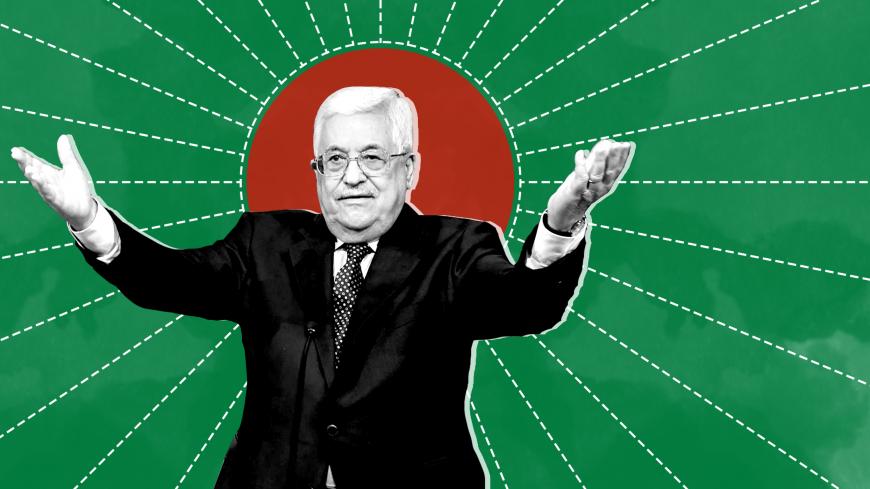 GAZA CITY, Gaza Strip — Al-Azhar University has traditionally been a Gaza Strip stronghold of Palestinian President Mahmoud Abbas' Fatah movement, but supporters of his rival Mohammed Dahlan recently won a union election there, exposing the depth of a split in the organization.

In the annual election of officers for the Employees Syndicate on March 5, the Yasser Arafat bloc, affiliated with the Democratic Reformist Current (DRC), an organization formed by Dahlan after his falling out and dismissal from Fatah, defeated the slate of the University's Shield and Workers, which is affiliated with Abbas and supported by the university administration and board of trustees. The nine-member syndicate leadership consists of six academics and three administrative employees. Dahlan’s bloc secured three academic and two administrative seats, perhaps suggestive of the DRC’s growing influence at the university.

Fatah founded Al-Azhar in 1991. As a Fatah stronghold in Gaza, it is also a competitor of slamic University, which was established by Hamas. Despite administering Gaza, Hamas has no real presence at Al-Azhar.

Dahlan was dismissed as Fatah's security chief in 2011 following a dispute over the movement's leadership and alleged wrong-doing on his part. He has since emerged as a frequent and bitter critic of Abbas and has even made overtures to Hamas.

Ahmad Dahlan, geography professor and head of Al-Azhar's election committee, told Al-Monitor, “There are 547 employees who are eligible to vote, with 515 employees casting their votes in this election for … 94% voter turnout. Both electoral lists went to great lengths to garner voters to prove their power and popularity within the union.” Ahmad Dahlan is a relative of Mohammed Dahlan, but is nonetheless respected by Fatah.

According to Ahmad Dahlan, some of the tactics of the University’s Shield and Workers went beyond acceptable limits. “The university administration and the board of trustees tried to sneak in 69 names of unregistered contract employees so they could vote, with promises from the administration to verify their status or improve their working conditions,” Ahmad Dahlan noted. “But the election committee rejected these proceedings.”

He added, “We avoided politics in announcing the outcome of the election. We made sure to defuse the tension between the two Fatah sides."

The Arafat bloc's win indeed represents a political power boost for Mohammed Dahlan, suggesting deepening DRC relations with and popularity among civil society groups and an ability to make inroads into Fatah strongholds in Gaza.

Also, in light of the DRC's improved relations with Hamas in recent years, Dahlan's current has intensified its activities at other Palestinian universities. In November, the DRC paid some 2,500 students' tuition, including at Al-Azhar, so they could graduate, and in January supplied graduation robes for them. In doing so, it worked through the National Islamic Commission for Development and Social Solidarity, which is headed by Majed Abu Shamala, leader of the DRC in Gaza.

On top of this, Fata, a humanitarian organization led by Jalila Dahlan, Mohammed Dahlan’s wife, has provided financial grants to university students, including medical students at Al-Azhar. Such support likely was reflected in the outcome of the Employees Syndicate elections.

Fatah appoints board members at Al-Azhar University, while Hamas appoints them at the Islamic University. Elections for the Employees Syndicate at the Iatter are conducted by acclamation or by voting for individuals, all affiliated with Hamas.

Ayman Shahin, the newly appointed president of the Employees Syndicate at Al-Azhar, stressed the need to boost the syndicate’s role following the election. The university is suffering a crippling financial crisis due to students’ inability to pay tuition. This has resulted in salary cuts for some employees, and retired employees are not receiving their pensions. He views this year's elections as important in the effort to ensure employees’ rights and duties, because it is the first time that those elected have not been close to the university's board.

“The election was conducted in a democratic, transparent environment, as attested by the human rights groups,” Shahin told Al-Monitor. “Everyone is expected to respect the wishes and will of the university workers. Our program is a union in the pure sense whose primary aim is to serve workers' rights.”

Azzam Shaath, a researcher and expert in Palestinian affairs, cautioned against Abbas taking actions that might undermine the outcome of the election.

“It’s not inconceivable that [as] president of the Palestinian Authority, Abbas [could] take punitive action against the people who took part in the election, whether as candidates or voters, particularly those who voted for the Reformist bloc or won from that bloc’s list,” Shaath told Al-Monitor. “This would have a negative impact on the university first and foremost and would constitute another hit to the future of the state of Palestine's democracy.”

Emad Mehsen, spokesperson for the DRC in Gaza, told Al-Monitor, “The outcome of the Employees Syndicate election at the esteemed Al-Azhar University is emblematic of the mood of the Palestinian public, which longs for reform and is looking forward to exercising its democratic rights in choosing its representatives.”

Two days after the Al-Azhar vote, Fatah suffered another loss, in elections for the Palestinian Doctors Syndicate on the West Bank. Kamal al-Wazni, Fatah’s candidate, lost in a landslide to Shawqi Sabha, an independent, perhaps a sign that Fatah’s popularity is diminishing even on the West Bank.