The first street theater school in the Middle East opened in Lebanon to teach clowning, a discipline that has challenged conventional thinking, encouraged discussion and provided moments of joy to societies for thousands of years. 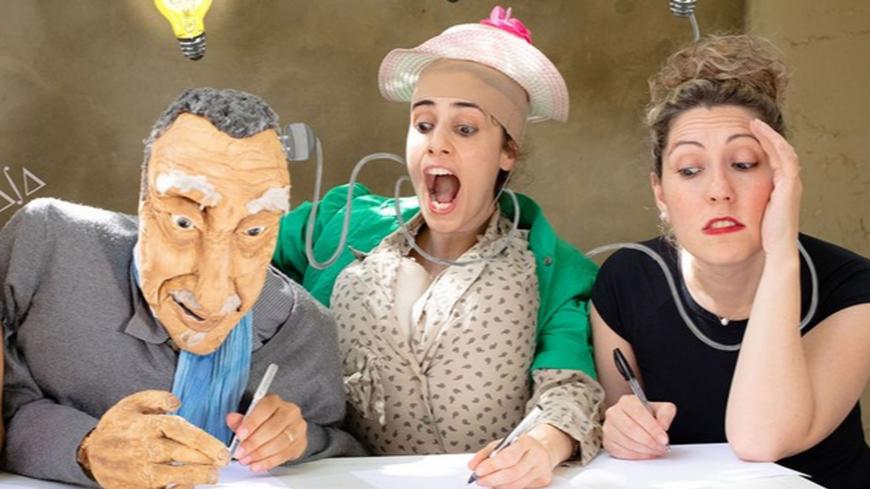 BEIRUT — The Middle East's first school for street theater, the International Institute for Very Very Serious Studies (IIVVSS), opened its doors Sept. 1 in Beirut, specializing in clowning. Most people have been exposed to the discipline, but they remain unaware of the scholarship, history, social commentary and satire surrounding it.

“[Saying] ‘I want to be a clown’ means you want to be a figure who brings humor to society,” Giovanni Fusetti, a self-described interdisciplinary fool, told Al-Monitor. “It is very profound, but it is very hard, and of course you need to learn how to do it.”

Fusetti, who studied under Jacques Lecoq, the esteemed French physical theater teacher and clown, will be educating the next generation of clowns, teaching a course on satire and the buffoon at the IIVVSS. Twelve students from the Middle East, selected from more than 70 applicants, will undertake a six-month intensive program that culminates with a public performance focusing on local grievances from around Lebanon.

Sabine Choucair, founder of IIVVSS and its parent organization, Clown Me In, told Al-Monitor, “[Groups of three] artists will go to a municipality in Lebanon and work with 20 youths from the community and with them pinpoint the social problems they want to talk about.”

Addressing social issues in clowning has been a core element of Choucair’s work since she established Clown Me In, a street theater organization, in Mexico in 2009. Upon returning home to Lebanon two years later, Choucair and her troupe launched “Clown Attacks,” a series of street performances that poke fun at and raise awareness about issues as diverse as traffic regulations to the country’s ongoing trash crisis and electricity shortages.

“The logic behind ‘Clown Attacks’ was [to find] something that we cared about and [then] go on the street using the tools we know,” Choucair remarked. Even the title of the series is a form of social commentary, she added, noting that it stems from 2013, when there were a number of terrorist attacks.

“You looked at the news, and it would all be these attacks, [nothing else],” Choucair explained. “So we said, let’s call these ‘Clown Attacks.’ We are as pissed off as everyone else. We just had a different way [of expressing it].”

Confrontational satire is a key aspect of clowning. By establishing a connection with audiences, performers can get away with saying things that others cannot, their very ridiculousness giving them a degree of power and latitude.

This dynamic was on display during Clown Me In’s 2016 “Caravan” series, during which a troupe traveled around Lebanon performing to humanize the refugees in the country and to encourage discussion about them. One skit — developed after a Syrian refugee lost her child when a number of hospitals refused to see them — illustrates the unique approach clowning has in generating conversation.

Choucair explained, “[We] got her to call the hospitals again, as if it were [now] happening, and recorded the answers from the hospitals [that rejected her] and put it on stage with actors impersonating those who answered, with ridiculous hair, wigs and attitudes. It was super funny, but very confrontational.”

The troupe also put a plant in the audience to heckle, yelling that Lebanese people also face similar discrimination, to spark discussion.

“People start talking. This is the whole point. You use [clowning] to provoke these people, because when you provoke them after they laugh, they are less likely to kill you,” Choucair said with a chuckle.

The use of clowns to break the ice in talking about contentious issues is not new to the medium or the region. “We have records of clowns or the fool going back to ancient Rome, Greece, [and Egypt] and in many other cultures,” Fusetti noted.

Offering an example of the type of performance common in ancient cultures, Fusetti remarked, “A human would play at being a god or a goddess to provoke laughter and form an understanding of the world.… Their task in the community is about letting go [or relaxing].”

The blasphemous jesters from antiquity mimicking gods for laughs show that clowns played a key role in challenging aspects of society that few could and often only by employing a carefully curated ridiculousness.

There are many different types of clowns, each designed to elicit a different audience response. The classic clumsy clown exudes a vulnerability that endears him or her to the audience, while a grating buffoon chastises, mocks and provokes through exaggerated actions. The fool possesses a naivety that allows for the subversion of social norms by saying and doing things that others cannot. These are only a few of the types of clowns.

Despite such diversity of purpose, the complex and varied approaches to clowning are often reduced to a simple red-nosed birthday clown, devoid of its original social and satirical purpose.

“We didn’t grow up with clowns. It is not in our culture,” Choucair said. “It is a form [of entertainment] people know, but in Lebanon when you say ‘clowns,’ they think of birthdays. They don’t think of it in any other way.”

Aly Sobhi, a new student from Egypt at IIVVSS, is interested in the ability of clowns to connect with people on a social level. Reflecting on Choucair’s thoughts, he remarked to al-Monitor, “It’s so hard. In Egypt we don’t have this kind of culture. There are just clowns in the circus.”

Sobhi added, “It is still challenging in Egypt to be just a social clown, let alone a political clown.” Despite such difficulties, Sobhi views clowning as “a part of” his being. Since he began performing in 2009, he has worked with vulnerable communities in his home country and in Ethiopia. He also formed Red Tomato, a street performance clown troupe now disbanded.

“I discovered that clowns are a very good tool for communicating with vulnerable communities, children, refugees, all kinds of minorities,” Sobhi said. “I hope [IIVSS] will open things up for me more.… I want to broaden my spectrum, get new tools and understand the structure of such an incredible concept.”