Israel should negotiate solution to Hezbollah, not depend on deterrence

Just like on the Palestinian front, Israel can change the way it handles its conflict with Lebanon by making a serious attempt to advance a solution. 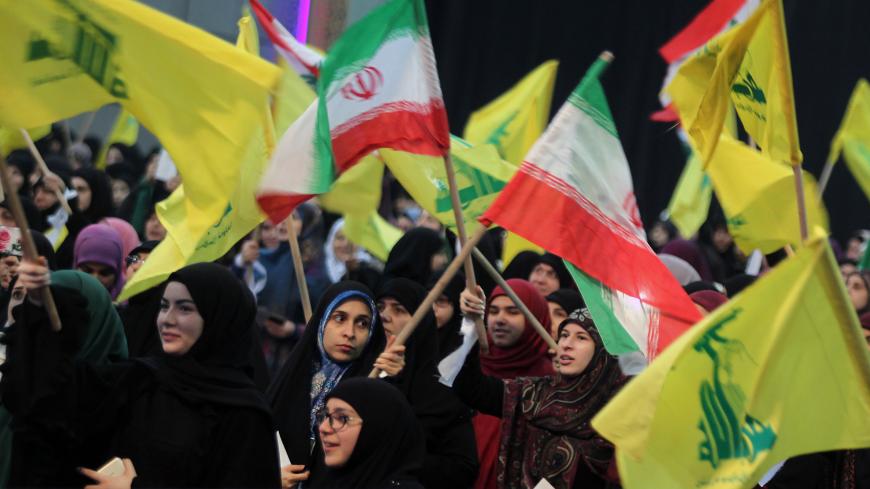 Hezbollah supporters wave the flags of the group and Iran during a rally to mark the 40th anniversary of Iran's Islamic Revolution, Beirut, Lebanon, Feb. 6, 2019. - Marwan Naamani via Getty Images

What would have happened if the missiles fired from Lebanon on Sept. 1 had hit the military ambulance after all, and the news shows had started their broadcasts the next morning with five military funerals? The closer we get to the fateful Sept. 17 vote on the prime minister’s future, the chances of Israel showing restraint and containing the murder of Jews by Arabs grow smaller. Experience shows that the most likely outcome of situations like this is escalation of tension, culminating with Israel getting dragged into rash actions that have nothing to do with strategic considerations.

A similar series of events — the abduction of two Israeli soldiers and the killing of three more by Hezbollah — resulted in the 2006 Second Lebanon War, in which 163 Israelis including 44 civilians lost their lives and 2,628 Israelis (including about 2,000 civilians) were injured. Similarly, the abduction and murder of three Israeli youths in the southern West Bank resulted in 2014 in a military operation in which 50 members of Hamas released in the 2011 Gilad Shalit deal were returned to Israeli prisons. From there, the situation escalated, and Israel launched Operation Protective Edge, in which 68 Israeli troops and seven civilians were killed, and another 2,200 were wounded. The residents of Israeli localities surrounding the Gaza Strip were exposed to rocket fire even after the operation ended. Relative calm across the border was only maintained because of the suitcases of cash that Israel allowed Qatar to transfer to Hamas. It can only be hoped that a stray rocket doesn’t land by mistake on a school full of children, ending the shaky quiet.

Instead of trying to resolve these conflicts on the various fronts, Israel prefers to manage them. But even the most successful and experienced manager is not immune to mistakes, operational failures or just plain bad luck. Even Hezbollah leader Hassan Nasrallah admitted long ago that if he had known that the 2006 soldier abduction would drag Lebanon into a war with so many casualties and so much damage, he would have avoided it. In Israel, too, the Second Lebanon War is considered to have been a rash move in response to an affront and a desire to appease the public.

In order to manage these conflicts, Israel relies on its capacity for military deterrence. The military and technological power at its disposal is orders of magnitude greater than that of any of its neighbors individually or even all together. Nevertheless, recent events in the north show how much of that deterrence is mutual. Lebanon is deterred because it recognizes Israel’s military advantage. In contrast, Israel is deterred by awareness of how exposed its strategic sites and civilian settlements really are.

A Sept. 2 emergency gathering of the Forum of Localities on the Front Lines, held in the village of Avivim, offered a reminder of the limitations of Israeli deterrence. Participants at the gathering discussed Hezbollah's ability to cause destruction and loss of life among the civilian population. “Think about what it will look like these days, when missiles fall in built-up areas,” says Giora Zeltz, head of the Upper Galilee Regional Council. According to him, about half of the houses in the region, which is home to hundreds of thousands of civilians, do not have a secure room. No public buildings or factories, including those that use dangerous materials, are protected. “We are talking about a large area with zero warning time,” Zeltz added. “People will end up lying on the floor and covering their heads with their hands.”

Because of the special relationship between Prime Minister Benjamin Netanyahu and US President Donald Trump, Israel benefits from diplomatic backing and deterrence of the highest order. But even on this front, a number of limitations should be taken into consideration. First of all, it is not at all certain that Trump will continue to occupy the White House in 2021. Furthermore, Trump is negotiating with Taliban terrorists and in the middle of a romance with the dictator in Pyongyang. Can anyone really assure us that he won’t decide to be photographed tomorrow standing beside the Hezbollah leader?

Just like on the Palestinian front, Israel can change the way it handles its conflict with Lebanon by making a serious attempt to advance a solution. Instead of relying on luck and hoping that military and diplomatic deterrence will be enough, Israel could use the carrots at its disposal to boost the moderate forces in Lebanon and erode Hezbollah’s status there. The biggest carrot of all is Shebaa Farms on the Western slopes of Mount Hermon, seized by Israel in 1967. Israel claims that Lebanon has no stake in the matter, since this territory was under Syrian control until 1967. Lebanon, on the other hand, claims sovereignty over the area. Hezbollah, for its part, has turned Shebaa Farms into a symbol of the "Zionists" occupying Lebanese lands.

Middle East scholar Matti Steinberg, who served for years in the intelligence community, tells Al-Monitor that all the experts he spoke with agreed that the Shebaa Farms have no military or strategic importance, since it is possible to overlook the entire area from Mount Dov. “I disagreed with [former Prime Minister Ehud] Barak’s decision not to withdraw from the Shebaa region” as part of the Israeli 2000 withdrawal from Lebanon, Steinberg recalls. "I explained that failing to withdraw from Shebaa would grant Hezbollah the status of Lebanese nationalists and spare them the dilemma of deciding whether they are more Lebanese or more Iranian. That was how one important advantage that we might have derived from the withdrawal fell into oblivion, when it could have expanded our freedom to maneuver militarily when dealing with Hezbollah.”

Furthermore, the Shebaa Farms issue was explicitly included in the Arab Peace Initiative approved by the Arab League in 2002. Accepting this initiative as the basis for a regional peace arrangement could strengthen those Arab states that have shown a growing interest in getting closer to Israel, while isolating such an arrangement's opponents headed by Iran, Hamas and Hezbollah.

Netanyahu has been sticking with the status quo on the Lebanese border, just like on the Palestinian front. Why not offer Nasrallah suitcases of cash in exchange for peace and quiet? Yet Blue and White Chairman Benny Gantz is also attached to the military option. In a recent campaign ad, the former chief of staff boasted about his contribution to sending “parts of Gaza back to the Stone Age.” This week, he threatened to do the same to Lebanon. Residents of the defenseless stone homes in Avivim or safety coordinators at the petrochemical plants in the northern Haifa Bay are unlikely to be excited by the idea.