Yisrael Beitenu leader Avigdor Liberman succeeded in creating a true political big bang and is now holding the keys for the composition of the next government. 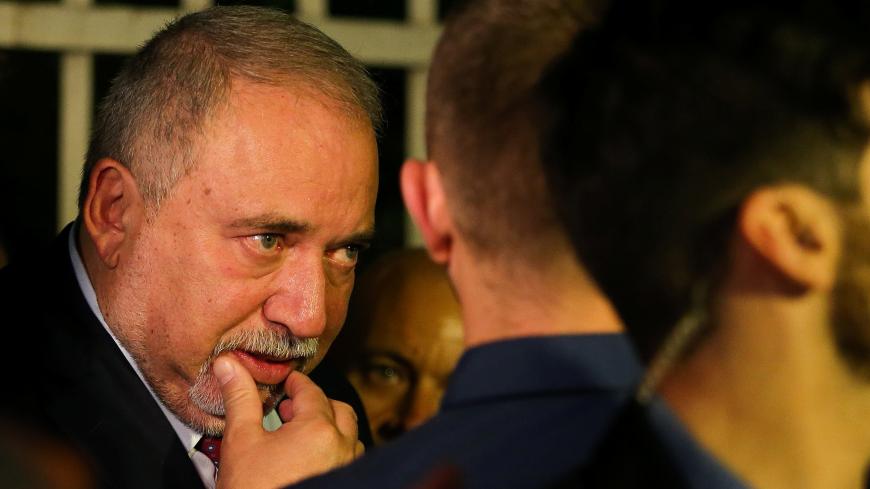 At the end of a grueling campaign, Yisrael Beitenu Chairman Avigdor Liberman reached the finish line with just eight seats. It was fewer than he hoped, but it was enough to achieve his first objective. He now holds the key to forming the next government. He also holds the political fate of Prime Minister Benjamin Netanyahu in his hands. In that sense, he walked away the winner of round 2 of the 2019 election.

Netanyahu lost his duel with Liberman. He failed to brand Liberman as a “leftist” or hurt him in the major bastions of Russian immigrants. He even lost Likud voters to Liberman. Fed up with Netanyahu’s behavior and the alliances he formed with extremists and the ultra-Orthodox, they switched allegiance and voted for Yisrael Beitenu instead.

Now that the elections are over, Liberman has been spending most of his time resting at home in the West Bank settlement of Nokdim. He is preparing for the wedding of his son Amos next week while allowing political market forces to do their own thing. At this stage at least, he isn’t budging an inch from his election promise. He wants to see a secular unity government with just three parties: the Likud, Blue and White, and Yisrael Beitenu. It is now thought that at the end of this long process, Netanyahu will find himself off the playing field.

By Sept. 19, Netanyahu had already united the “national bloc” around himself, with an official “letter of commitment.” This gave him 55 seats made up of the Likud, the right-wing parties and the ultra-Orthodox. Netanyahu said that the Likud and these parties will operate as one bloc over coalition negotiations. He then called on Blue and White Chairman Benny Gantz to join him in a unity government.

Liberman dismissed the move as “spin.” In a Facebook post that same day, the chairman of Yisrael Beitenu claimed that Netanyahu’s latest move was intended to prepare the ground for a third round of elections as part of a larger effort to form a government with 61 seats. He then called Netanyahu’s national bloc the "halachah" bloc, using the Hebrew term for Jewish law. What Liberman was really doing was stripping Netanyahu of his desperate spin and leaving him stark naked.

At this point, Netanyahu has already formed a bloc that could prevent Gantz from forming a government, including the secular unity government that Liberman is so eager to see. But Liberman will be playing this game with Netanyahu up until the bitter end. If the right once hoped that Liberman would return to them like a prodigal son to rescue Netanyahu, they are now beginning to accept the conclusion that this will not happen.

Ever since election night on Sept. 17, Netanyahu has been waging his final battle to survive. By forming his national bloc and calling for unity in the nation, he seized control of the course of events and set the agenda. But then Liberman showed to ruined all his efforts. He flipped over the few cards that Netanyahu still had and made it perfectly clear that if it were up to him, there would be no government with the ultra-Orthodox.

As if that was not enough, on the morning of Sept. 20, Liberman marked his boundaries even more clearly. In a lengthy Facebook post, he reiterated that he has no prior agreements with the Blue and White party and has not spoken with either Netanyahu or Benny Gantz. He went on to say that he has no plans to do that until Sept. 22, after which he will convene his faction for a meeting.

As for the secular government that he is advocating, Liberman wrote that he has no plans to step back from the Conscription Law as written; this was, in fact, the basic disagreement that led to the 21st Knesset being dissolved and a new election being held. At the time, the High Court ordered Netanyahu to adopt a new bill on the military drafting of the ultra-Orthodox, despite the objection of ultra-Orthodox parties. He followed this up with a list of basic demands, naming public transportation, civil marriage and the opening of supermarkets on the Sabbath. “We will not agree to anything less, even if it means sitting in the opposition,” wrote Liberman, before signing off with Shabbat Shalom.

The clearer things become, the more question marks pop up. Even the most experienced political pundits have a hard time now predicting what happens next. The Israeli political system has never experienced such uncertainty after an election. What we are seeing right in front of us is a political explosion, with more and more reverberations appearing since the election. Yet while the scope of the chaos is becoming ever more apparent, it could mean that a whole new order is on the horizon. Not only is Liberman forcing the Likud to depose its leader — which was the condition set by Blue and White for entering a national unity government with the Likud — he is also forcing them to break their alliance with the ultra-Orthodox parties. Will Liberman succeed in initiating a secular revolution? At this point, it is hard to tell. Even if Netanyahu is forced to give up his seat, it is hard to imagine any other Knesset member in the Likud dismantling the longstanding alliance with the right and the ultra-Orthodox.

Only now is the Likud beginning to internalize the scope of this crisis. There have been calls in some of the party’s WhatsApp groups to refuse to surrender to Liberman’s dictates and the Blue and White party’s rejection of Netanyahu, even if it means sitting in the opposition. In other words, the Likud is nowhere near telling Netanyahu “Enough.” It is now thought that the conditions for this will only be in place once Netanyahu is given a mandate to form a new government, only to fail again, just as he failed in April. If, after the long and turbulent weeks and months facing Israel’s political system, Gantz is finally sworn in as prime minister, the credit will have to go to Liberman, who paved the way for this to happen.

On the other hand, it doesn’t look like the unity government that Liberman is so eager to install can actually be formed. Next week — probably on Sept. 26 — Israeli President Reuven Rivlin will begin consulting with the various parties before deciding whom he will ask first to form the next government. Paradoxically, Netanyahu would probably want Gantz to be asked first in the hope that he will fail. The likelihood is that Netanyahu will be granted this questionable pleasure first, with the hearing into his indictment early next month — Oct. 2 or 3 — hovering in the background. Netanyahu is expected to take as much time as he can to form a new government headed by him in an attempt to force Attorney General Avichai Mandelblit to delay his final decision in his case. In this way, he hopes that the Blue and White party will reconsider its rejection of him or that he will be able to convince Amir Peretz of Labor-Gesher to join his coalition, as unlikely as that seems right now.

The current situation is very different from the huge political explosion instigated by Ariel Sharon when he split the Likud in 2005. What Liberman did may have seemed like a whim, but it turned out to be a dramatic move. The chairman of Yisrael Beitenu has only eight seats, but that is all it takes to cause an unprecedented commotion and reshape the Israeli political system.