Tehran appears to be staking its financial future on China, a move full of potential rewards — and risks. 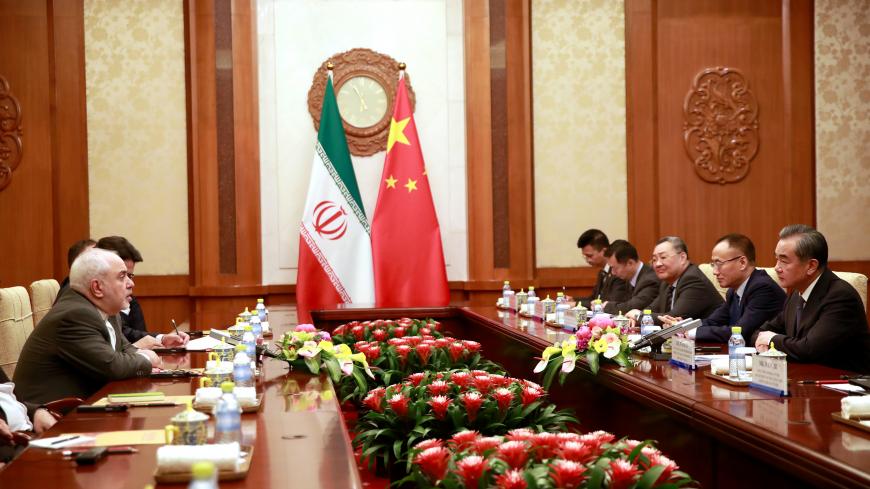 Facing an economic crisis in large part due to US sanctions, Iran soon may be aligning its policies toward China’s. Having recently updated the terms of a 25-year strategic partnership signed with Beijing in 2016, it looks like Tehran is indeed returning to its Look East foreign policy.

Considered an important player in Chinese President Xi Jinping’s Belt and Road Initiative (BRI) megaproject, introduced in 2013, Iran has been pursued by Beijing for its energy resources and strategic location. But when economic sanctions on Iran were lifted under the Joint Comprehensive Plan of Action (JCPOA) nuclear deal in 2015, Iran preferred to do business on a global basis.

Instead of committing to an eastward-looking foreign policy at that time, Tehran tried to maintain a balance. However, since the United States withdrew from the nuclear deal in May 2018, Europe is having difficulty negotiating an arrangement acceptable to Iran. So last month, Iranian Foreign Minister Mohammad Javad Zarif met with Chinese Foreign Minister Wang Yi to upgrade the comprehensive 25-year deal.

All details of this partnership are not known and may not be released to the public, as China hasn’t fully revealed the terms of its BRI agreements with other countries. But according to news reports, the first investments will take place in the initial five years, with $280 billion being pumped into the Iranian petrochemicals sectors and $120 billion into revamping transportation and manufacturing infrastructure. China is to increase its imports of Iranian oil, which will be available at discounted rates, and it will also help to develop Iran’s Chabahar port.

Planning bilateral trade to the tune of $600 billion over a 10-year period, Beijing will increase investments in key economic sectors like energy and transportation in Iran. China already has a significant presence in Iran, having provided $10 billion worth of loans to Chinese companies for projects, including rail infrastructure, dams and power generators; several of those projects are complete or underway. Engaged in developing three key energy projects, China had already taken the place of Western energy firms that left Iran.

Buying oil and gas at discounted rates using other soft currencies as well as the renminbi, China will also be granted the right to delay payments for up to two years, according to the new terms. Considering the exchange rates, China can get as much as a 32% discount on its purchases. Chinese companies will get first preference in all petrochemical projects in the country, whether it is to provide technology, systems or personnel.

Most significantly, "This will include up to 5,000 Chinese security personnel on the ground in Iran to protect Chinese projects, and there will be additional personnel and material available to protect the eventual transit of oil, gas and pet-chems supply from Iran to China, where necessary, including through the Persian Gulf,” an Iranian source told Petroleum Economist.

According to BRI requirements, the city of Tabriz would become a key node in the supply routes and connect Urumqi in China’s Xinjiang territory in the northwest to Tehran.

Putting things in perspective, there are pros and cons of these terms.

One of the deal’s main benefits is that Iran expects to have two out of five United Nations Security Council (UNSC) votes in its corner to help bypass US sanctions, as Russia and China are both permanent members and Moscow backs Beijing in this strategic partnership.

Third, China would increase its imports of Iranian oil and help bring Tehran out of its economic crisis. However, Beijing might not be able to completely fill the economic void created by the departure of Western companies from Iran since the economic sanctions kicked in, as some Chinese oil companies like Sinopec and China National Petroleum Co. are already there.

There are several possible complications, though. First, both the Arab states and Iran would have China as their biggest energy customer. This would be a major development for the Middle Eastern energy industry, as Saudi Arabia and other Arab states have also swung toward the East lately. China and other Asian economies would still be dependent on hydrocarbon supplies, while the United States has its own reserves and the EU has implemented massive decarbonization policies.

Not only that, trade between China and the Arab states amounted to $244.3 billion in 2018, while Chinese companies signed construction contracts in Arab countries worth $35.6 billion and made direct investments of around $1.2 billion. Therefore, after this 25-year partnership ends, Iran and its rivals will have to co-exist, as both will be firmly in the Chinese zone of influence.

Second, China might delay Iran's entry into the Shanghai Cooperation Organization (SCO) until sanctions are lifted, as Beijing is also committed to the JCPOA. Also, after accepting Iran into the SCO, China would also have to accept Saudi Arabia and the United Arab Emirates at a time when the rivalry of new members India and Pakistan is already difficult for the forum to manage.

Finally, consolidating ties with China might close negotiation doors with the West, forcing Iran to comply with China’s long-term interests. Committing to China completely could limit Iran’s business options in the long run. Meanwhile, even though Beijing has long been Tehran’s largest trading partner, China has annual trade worth $650 billion with just the United States, while the European Union is China’s biggest trading partner.

Disregarding US sanctions, China has continued its oil trade with Iran, but the volume is much less than last year. Thus, while Tehran would have to follow Beijing, the latter wouldn’t be bound to Iran to the same extent.

Therefore, looking East isn’t as easy as it might appear for Iran. Being dependent on any single country for economic and security support would weaken Tehran, even though it could solve immediate problems, provide trade and stabilize Iran’s economy. Before implementing the 25-year strategic partnership, Tehran needs to give it more thought.