As US-Iran ties deteriorated, India slowed down work at Iran’s Chabahar port; yet Chinese investment could bring it back to life. 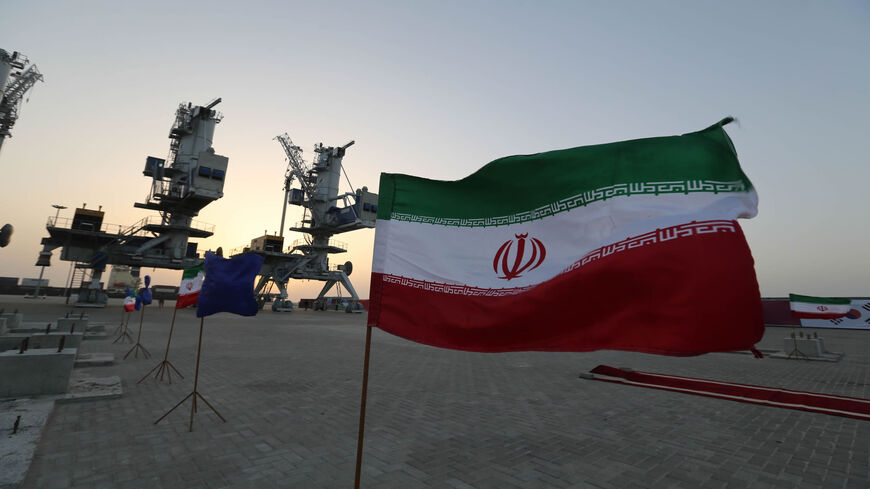 Iranian flags flutter during an inauguration ceremony for new equipment and infrastructure at Shahid Beheshti port, in the southeastern coastal city of Chabahar, on the Gulf of Oman, Feb. 25, 2019. - Atta Kenare/AFP via Getty Images

Even though it had been exempted from US economic sanctions, Iran’s Chabahar port project could not take off as various indirect financial drawbacks persisted. Having direct access to the Indian Ocean, the deep-sea port has potential to become a regional trade hub and bring in considerable revenue for Iran.

Yet Chabahar’s fortunes could change soon if China enters the fray. Having finalized a 25-year partnership with Tehran recently, Beijing may invest in the development of the port and help in giving global status.

In an interview with the Tehran Times April 27, Behrouz Aghaei, director general of the Ports and Maritime Department for Iran’s Sistan-Baluchestan province, where Chabahar is located, described a much broader vision for the project, calling it the “Gate of Nations.”

Discussing the benefits of Beijing’s involvement in the port, Aghaei said, “The activity of Chinese shipping lines at Chabahar port could increase the port’s trade exchanges with the world to a very significant level.”

Sharing the extent of China’s expertise in this field, he added, “Three of the world’s top shipping companies and operators are Chinese companies. For instance, COSCO is currently the world’s fourth-biggest shipping line that is operating at 45 ports worldwide.”

According to him, Chabahar could show tremendous growth if China steps in, as the economic power has maritime trade exchanges with 162 countries and operates in 45 ports. Right now, 60% of the world’s container operations take place from China.

Iran would benefit from a more expansive relationship with China, especially if the discussions on the Joint Comprehensive Plan of Action (JCPOA) — as the 2015 nuclear deal is officially known — break down. Iran could have a pivotal role in China’s Belt and Road Initiative (BRI) .

Though the modalities of the Iran-China 25-year bilateral agreement were discussed for five years, no details are yet available.

Interestingly though, Aghaei has mentioned that Iran would welcome any other countries willing to invest as Tehran would like Chabahar port to remain economically independent. Even India was not given any exclusive rights on any part of the port when it announced plans to invest in Chabahar.

In 2016, a 10-year contract for equipping and operating the port had been signed between Tehran and New Delhi. Following this, a trilateral transit deal was inked between Afghanistan, Iran and India, and the complete focus was on Chabahar.

However, India was unable to execute the project as it could not find any company to operate on its behalf in Iran. In fact, no private sector partner could be found to even handle cargo at the port. Most investors feared getting struck by sanctions and Western firms held off from supplying any equipment or port materials.

When ties worsened further between Washington and Tehran, India opted to slow down the work completely. At that time, the trade volume between India and Afghanistan was also not enough to justify any major spending by New Delhi. The supplies of essential equipment like cranes and forklifts were held back by New Delhi and have been resumed only very recently.

New Delhi expects better US-Iran ties under the Biden administration. This month, the Indian ports and shipping minister, Mansukh Mandaviya, will be inaugurating full-capacity operations for building two terminals at Chabahar that will be operated by India for 10 years.

Where New Delhi is concerned, Beijing’s entry in Chabahar can defeat the very reason it wanted to be there in the first place. Ever since the China-Pakistan Economic Corridor was launched, India felt encircled by both its neighbors. Located just 800 kilometers (roughly 500 miles) from Gwadar port, Chabahar provided India the ideal chance to keep an eye on Pakistan’s naval activities and Chinese presence in the Arabian Sea.

Even threatening a Chinese bid on the port would work to Iran's advantage. With Chinese investment, Chabahar could even start functioning as a “sister port” to Gwadar in Pakistan. In addition, India and China often have border tensions at Ladakh and the matter is not completely over yet.

Notably, India’s regional geopolitical strategy relies a lot on Chabahar as the port can connect it to land-locked Afghanistan or Central Asian countries like Uzbekistan and Kazakhstan. Boosting India’s access to the region, it can become a key gateway of the International North-South Transport Corridor.

Even where the United States is concerned, this partnership with China can become a major turning point for Iran, unless the JCPOA is renewed. Realistically, there can be no other significant foreign investment in Iran if sanctions are not lifted, and some analysts feel that Iran might even start “looking East.”

Lukasz Przybyszewski, West Asia analyst for the Asia Research Center at Warsaw’s War Studies University, said, “Iranian authorities are aware that for China most MENA countries are just middle parts of the developing value chain, or BRI. Iran is just one of the many countries where Chinese and Western influences are rearranged in a new order. Nevertheless, it is highly improbable that China will be tempted to lean too much on Iran, as its goal is to expand its forays and power projection in the whole MENA region.”

Therefore, successful JCPOA negotiations and a renewal of the deal can provide better options for Iran and prevent it from getting too dependent on China.