Iranian fishermen feel waves of tension from the US

Friction between the West and Iran threatens to rile the waters for fishermen near the Strait of Hormuz. 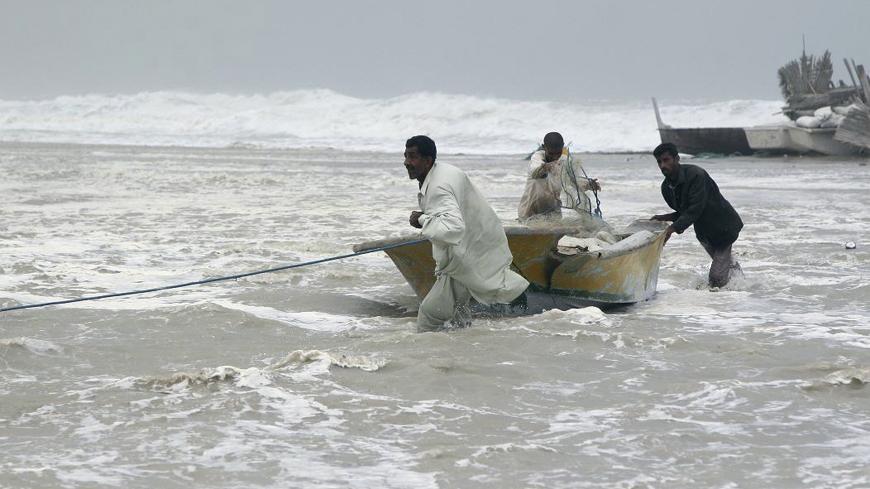 BANDAR ABBAS, Iran — As waves hit the coast of Bandar Abbas in southern Iran every evening, dozens of fishermen sit together and chat about their concerns and what they do all day. Their conversation isn’t just about fish, a fisherman named Farshad explains. It’s about working just a few kilometers from where war could take place.

“It’s not an easy job,” the 60-year-old tells Al-Monitor. While arranging his net he adds, “I have done this job for the last 45 years. My father and my elder brother both wanted me to work with them. I didn’t have many [jobs] to choose from, and I thought this was the safest. I might be right, but not always.”

Farshad witnessed the 1980-88 Iran-Iraq War, and the current tension in the Persian Gulf between the United States and Iran reminds him of those days.

“There’s nothing at the moment to fear. We do our fishing with our simple tools. Sometimes we go a bit far in the waters to the Strait of Hormuz. There’s nothing to be concerned about, but it’s there that you get to feel how much the tension could do. Every day I see dozens of big ships and hundreds of small ones passing,” he says.

Al-Monitor traveled to the famous strait. Reaching it isn’t difficult, just a bit complicated. It requires taking a ferry to Qeshm Island, then a boat to Hormuz — an island with only few hundred residents. From there, travelers must take a fishing boat about 20 kilometers (12 miles) to the strait.

Despite being in one of the tenser spots in the world today, the fisherman steering the boat doesn’t seem worried about that at the moment. Mamad, 24, has been working on the sea since he was 13.

His more immediate concern is overfishing by Chinese ships in Iranian territorial waters. “It’s as if they occupy the sea,” he says. “It’s not really easy to get fish. They are taking big and small fish, which leaves us with few to live on.”

There is a dispute over whether these Chinese ships are being used by China or rented by Iranian fishermen, but the result is not as many fish.

For the next hour there is nothing much to see in the strait but scattered ships, including a supertanker, passing slowly by. Then it’s time to return to the city of Bandar Abbas.

Bandar Abbas is the main port city on the Strait of Hormuz, and its colors differ from Iran’s central and northern cities. It’s more like Dubai without the tall skyscrapers. People’s clothes, especially among women, are a combination of Arab and Indian styles.

At Suru beach, the Bandar Abbas version of the French Riviera, there is no street, just sand that serves as a road. A crude oil tanker, the Beta, can be seen from afar anchored at Shahid Bahonar Port.

A Liberian-flagged ship owned by the UAE, the Beta has been anchored for several weeks in the port, according to several eyewitnesses. It seems odd that there’s been little fuss, or news, about the capture of the Emirati tanker.

Seized tankers have been part of the tension between Iran and the West. Iran seized a British-flagged tanker, the Stena Impero, on July 19 after authorities in Gibraltar captured the Iranian oil tanker Grace 1 on July 4 for allegedly breaching EU sanctions on Syria. The Stena Impero on Sept. 23 was cleared to leave, according to Iran’s ambassador to London, though the ship hadn’t departed as of Sept. 25.