The decision is the latest in a growing financial dispute between Tehran and Seoul ignited by US sanctions. 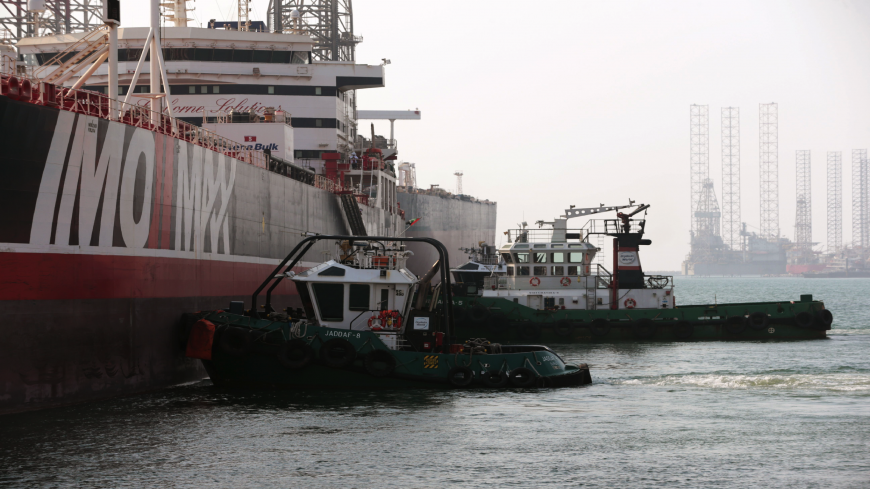 A picture obtained by AFP from the Iranian news agency Tasnim on Jan. 4, 2021, shows the South Korean-flagged tanker being escorted by Iran's Revolutionary Guard Corps navy after being seized in the Gulf. - TASNIM NEWS/AFP via Getty Images

The release of South Korea’s seized oil tanker and its crew is now a matter of the courts and out of the hands of the Iranian government, Iran’s foreign minister said Monday. The decision is the latest in a growing financial dispute between Tehran and Seoul ignited by US sanctions.

Mohammad Javad Zarif was quoted by state news agency IRNA as announcing the decision to a South Korean delegation that had visited Tehran on Monday to press for the release of the tanker and its crew.

The case, Zarif was quoted as saying, is now under review “within the framework of legal and judicial regulations.” Instead, Iran’s top foreign diplomat flipped the script and urged South Korea to remove obstacles that would impede Iran's access to financial resources.

A South Korea delegation, led by Deputy Foreign Minister Choi Jong-Kun, arrived in Tehran this week to resolve tensions after the seizure of a South Korean-flagged oil tanker and its crew in the Strait of Hormuz on Jan. 4.

Iran’s Islamic Revolutionary Guard Corps (IRGC) cited environmental concerns when it initially seized the vessel, but the move fueled speculation that it was a tactical decision by the regime to force South Korea to unblock about $7 billion in Iranian oil sales held because of US banking restrictions against Iran. The ship is now anchored in Iran’s port city of Bandar Abbas near the Strait of Hormuz.

Iran has since pressed Seoul to surrender the funds.

“If anyone is a hostage-taker, it’s South Korea’s government, which has taken hostage more than $7 billion of our revenues for no reason,” government spokesperson Ali Rabiei said during a virtual news conference last Tuesday.

South Korea, among the world’s top five crude oil importers, had been one of Iran’s top oil customers before agreeing to halt purchases in May 2020 under pressure from Washington. Since then, Tehran has continued to press Seoul to release the frozen assets.

This is not the first time Iran has used the tactic of seizing a foreign-flagged oil tanker in the region. In July 2019, the IRGC took control of a British-flagged tanker, allegedly over breaking maritime rules. In another incident in August 2020, the US military said that Iran detained a Liberian-flagged tanker.