While Iran initially said the seizure was over environmental violations, speculation is gaining momentum that the measure was intended to force Seoul into transferring withheld funds to Tehran. 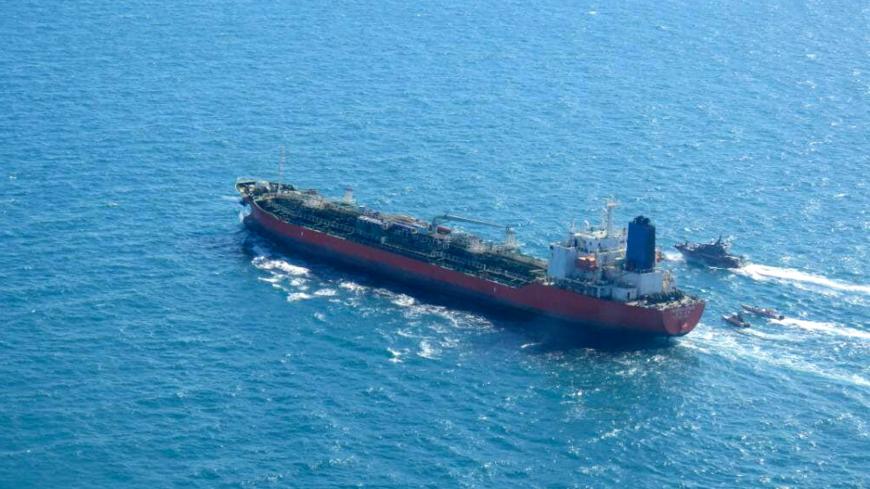 A picture obtained by AFP from the Iranian news agency Tasnim on Jan. 4, 2021, shows a South Korean-flagged tanker being escorted by Iran's Revolutionary Guard Corps navy after being seized in the Gulf. - TASNIM NEWS/AFP via Getty Images

“We caught the thief,” read a headline in the hard-line Iranian newspaper Vatan Emrooz one day after armed Islamic Revolutionary Guard Corps (IRGC) soldiers boarded a South Korean tanker in the Persian Gulf. The unit arrested the crew and took control of the vessel.

The editorial fueled speculation that Iran’s move was a tactical decision to force the South Korean government into unblocking $7 billion in Iranian oil sales held due to US sanctions and banking restrictions imposed on business with Tehran.

The Islamic Republic’s marathon talks with South Korean officials to unfreeze the fund have yielded no results. Last week, Iran's Central Bank Governor Abdolnaser Hemmati expressed frustration with the delays, saying South Koran banks are not only refusing to release the money but even charging Iran for holding it.

In the early hours following the tanker seizure, Iran justified the move by accusing the vessel of failing to comply with international “environmental protocols.” Foreign Ministry spokesperson Saeed Khatibzadeh noted that such seizures are routine in international navigation.

But South Korea said it was dispatching an anti-piracy unit to the Persian Gulf, called for the tanker’s immediate release and summoned the Iranian ambassador to Seoul, who assured the South Korean side that the "crew members are in good health." On Tuesday, Seoul announced that it was sending a delegation to Tehran to negotiate a solution to the standoff.

Addressing the piracy and hostage-taking allegations, Iranian government spokesperson Ali Rabiee said, “If anyone is to be labeled a hostage-taker, it would be the South Korean government, which has held onto $7 billion of our money under baseless pretexts.”

In its editorial, Vatan Emrooz called the move a “warning to the debtor” and a “strong message” that will leave South Korea with a “dilemma” in choosing between paying up or “jeopardizing” the security of its business with Arab partners in the Persian Gulf waterways.

The Persian Gulf’s strategic Strait of Hormuz has been the site of several such incidents, involving Iranian commandoes rappelling onto the decks of foreign vessels. In 2019, Iran captured the British tanker Stena Impero, holding it for weeks before the United Kingdom agreed to release the Iranian tanker Grace 1, which British marines had seized off the coast of Gibraltar for violating international sanctions on oil shipments to Syria.

Back in 2016, the IRGC also captured American marines accused of trespassing into the Iranian maritime territory. Islamic Republic loyalists, who have frequently praised such operations as a show of force to the West, are now sharing the same jubilation about the South Korean vessel. “South Koreans have asked the US for help reclaiming their tanker. Show them this photo! That’s when the Americans were last seen in the Persian Gulf,” one Iranian tweeted, reposting pictures of a detained US marine.