The funds are just a piece of a larger investigation that includes up to a billion dollars worth of Iranian assets. 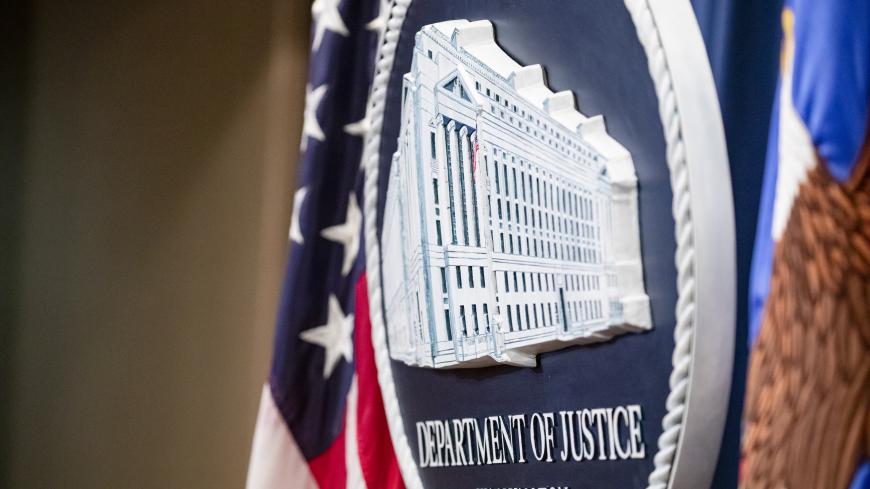 A complex international scheme to outmaneuver US sanctions against Iran has yielded the US government $7 million in Iranian funds that will now be used toward Americans affected by international state sponsors of terrorism, the US Justice Department announced on Tuesday.

In coordination with the FBI, IRS, domestic offices and multiple foreign partners from the United Arab Emirates, South Korea and the country of Georgia, the US Department of Justice announced that the funds are just a piece of a much larger puzzle that includes up to a billion dollars worth of Iranian assets. The collection comes as tensions continue to escalate between Washington and Tehran in the final days of US President Donald Trump’s administration.

“The funds subject to today’s stipulation had been destined to benefit criminal actors who engaged in an elaborate scheme to violate US sanctions against Iran, one of the world’s leading state sponsors of terrorism,” said Acting Assistant Attorney General David Burns of the Justice Department’s Criminal Division in a statement.

The global conspiracy began in 2011 and included three Iranian nationals and one alleged US citizen, according to the US Justice Department. The scheme defrauded South Korean banks by submitting false documents showing companies doing legitimate business with Korean companies. The plan succeeded, according to the department, and allowed the conspirators to transfer approximately $1 billion worth of Iranian-owned funds out of South Korea and into the world’s financial markets. The scheme ran until 2014.

The alleged American conspirator, Kenneth Zong, was indicted in December 2016 in Alaska. Zong remains in South Korea, where he recently completed a sentence for violating Korean law as part of the same operation.

In a portion of the investigation, the US Attorney’s Office filed a forfeiture complaint to seize money held in a wealth fund in the United Arab Emirates. These funds were part of a down payment made by the conspirators in purchasing a Sheraton Hotel in Tbilisi, Georgia, in 2011 and 2012, the Justice Department claimed. The $7 million announced Tuesday is the US share of that forfeiture investigation.

That money will now be allocated to the US Victims of State Sponsored Terrorism Fund, established by Congress in 2015 to provide compensation to individuals who were injured in acts of international state-sponsored terrorism. This includes victims of the 1979 US Embassy hostage situation in Iran.

The conspirators' scheme took place immediately before the signing of the Iran nuclear deal. While much analysis has covered Washington’s economic war against the regime since withdrawing from the deal in 2018, US sanctions were in place well before the deal and continued throughout its term.

The period of US sanctions after 2010 was unique, according to former US Treasury official Kate Bauer, because it was the start of the idea that foreign financial institutions risked losing access to the US financial system if they continued transactions with designated Iranian actors.

“You had previously had foreign banks and foreign companies complying with US primary sanctions because they did business in the US or because they adopted the [Office of Foreign Assets Control] list and implemented it, but now you really had this penalty, this risk of losing access to the US financial system.”

US sanctions against Iran that remained in place after the nuclear deal focused on direct trade with the regime, Iran’s support for regional armed factions, human rights abuses, and efforts to acquire missiles and advanced conventional weapons technology. But even while the nuclear deal allowed Iran access to billions of dollars of blocked funds, the money was still very difficult to move, and some of these stashes of money remained untouched throughout the deal.

One of those financial pods was housed in South Korea, and that has dragged Seoul into the middle of the US-Iran economic war after Iran’s Islamic Revolutionary Guard Corps seized a South Korean-flagged oil tanker in the Strait of Hormuz on Monday and arrested its crew.

While Iran initially said the seizure was over environmental violations, the move fueled speculation that it was a tactical decision to force the South Korean government to unblock billions in Iranian oil sales held over US banking restrictions against business with Tehran. On Tuesday, local media in South Korea reported that Seoul had indeed frozen over $7 billion in Iranian funds.