Amid a financial dispute with South Korea, Iran has seized a South Korean-flagged tanker in the Persian Gulf, while on the same day announcing the resumption of enriching uranium to 20%. 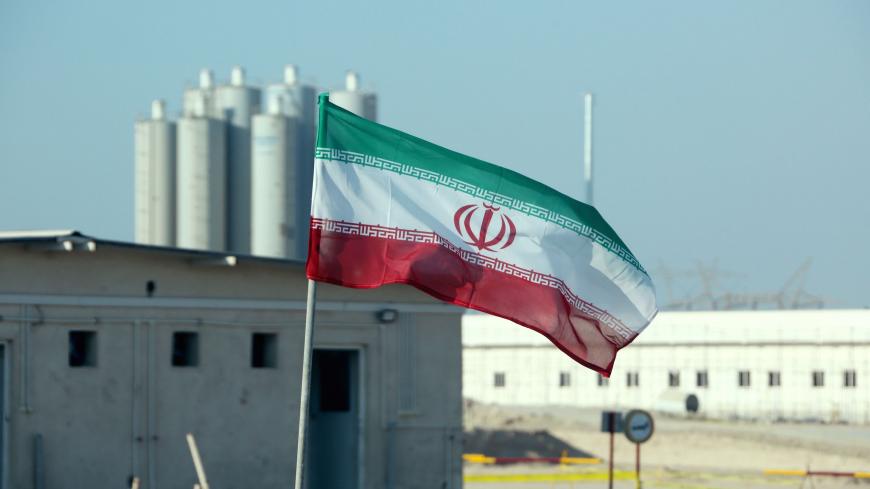 The Iranian flag is seen at Iran's Bushehr nuclear power plant, during an official ceremony to kick-start works on a second reactor at the facility, Nov. 10, 2019. - ATTA KENARE/AFP via Getty Images

Amid rising tension in the Persian Gulf in US President Donald Trump’s final weeks in office, Iran announced on Monday that it has ramped up enrichment of uranium, while the navy of the Islamic Revolutionary Guard Corps (IRGC) seized a South Korean-flagged tanker.

The two moves come just after the one-year anniversary of the Jan. 3, 2020, killing of Iranian Gen. Qasem Soleimani in a US strike in Baghdad.

Government spokesman Ali Rabiee told state-run Mehr News that the country has resumed enriching uranium up to 20%. Iran was previously enriching below 5%. The enrichment will take place at Fordow, which is an underground uranium enrichment facility. Under the 2015 nuclear deal — officially known as the Joint Comprehensive Plan of Action (JCPOA) — Fordow was to be converted from an enrichment center to a nuclear, physics and technology center. No enrichment would be allowed at Fordow until 2031 under the JCPOA.

According to Rabiee, the enrichment decision was taken in line with parliament’s passing of the Strategic Actions to Remove Sanctions bill. The double emergency bill was passed in December and designed to “realize the rights lost of the Iranian people” after other countries failed to implement their parts of the nuclear deal.

Meanwhile, Iranian media announced a South Korean tanker was seized due to “violating environmental protocols.” The tanker had left Saudi Arabia and was headed to Bombay, India, according to the statement released by the IRGC. The tanker was carrying 7,200 tons of ethanol. The crew members on the ships are nationals from South Korea, Indonesia, Vietnam and Myanmar. The tanker is being kept in the Iranian port of Bandar Abbas.

Not discussed in the Iranian media reports is the financial dispute between Iran and South Korea. According to the head of Iran’s Central Bank Abdolnaser Hemmati, South Korean banks have blocked billions of dollars of Iranian money due to US sanctions. Iran and South Korea have been in negotiations to resolve this and find a way to get Iran the money it has in South Korean banks, but according to Hemmati US Treasury under Trump has not been cooperative on the matter.

With the anniversary of the assassination of former Quds Force commander Soleimani tensions in the region were extremely high. While the anniversary passed without incident, Trump ordered the USS Nimitz aircraft carrier to remain in the Persian Gulf. The United States had previously also sent B-52 bombers into the region. Iranian Foreign Minister Mohammad Javad Zarif had previously said that the United States was looking for a pretext to start a war.

The major dispute between the United States and Iran started over the nuclear program in 2018 when Trump exited the JCPOA and called for a new deal. The United States reapplied sanctions on Iran, seriously damaging their economy by making it extremely difficult to sell their oil. While the other members of the JCPOA remained in the deal, Iran began taking incremental steps away from it. Iran has claimed all the steps they have taken can be easily reversed if President-elect Joe Biden reenters the agreement.