Iranian sources have informed the media that Iran has exceeded a stockpile of 300 kilograms of 3.67% enriched uranium as a step toward reducing its commitments under the nuclear deal. 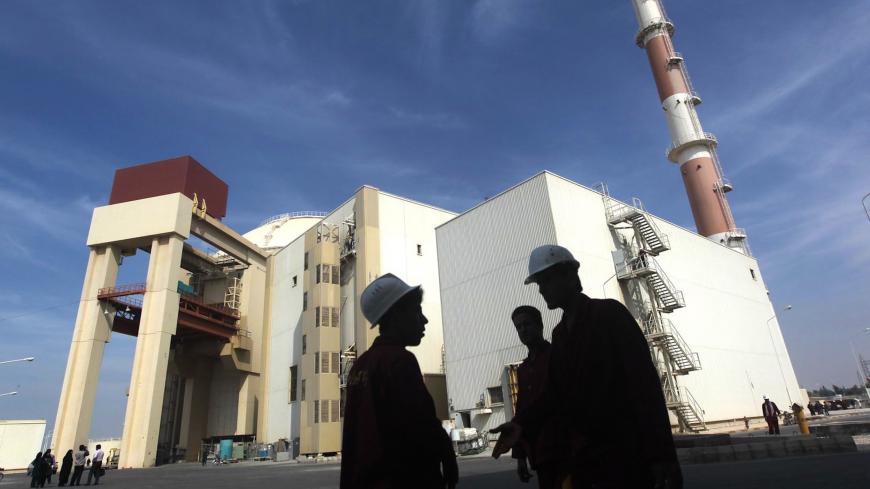 This building at the Russian-built Bushehr nuclear power plant is where Iran has began unloading fuel into a reactor core to begin generating electricity after decades of delay, southern Iran. - MAJID ASGARIPOUR/AFP/Getty Images

The Fars News Agency is reporting that Iran has exceeded the 300 kilograms of 3.67% enriched uranium it is allowed to stockpile under the 2015 Joint Comprehensive Plan of Action (JCPOA). Tehran had previously stated that due to the United States reneging on the nuclear deal and reapplying sanctions, coupled with the inability of the Europeans to secure financial transactions to get around sanctions, it would take such a step in regard to the stockpile limit.

On June 17, Behrouz Kamalvandi, spokesman for Iran’s Atomic Energy Organization, told reporters that not only would Iran soon exceed the 300 kilogram threshold of enriched uranium, but that once it did so, the rate of increased production would accelerate dramatically.

The Fars article said that the announcement was in line with “part of the first step of the decision by the Supreme National Security Council (SNSC) in reducing its nuclear commitments.” In May, on the one-year anniversary of the United States' exit from the nuclear deal, the SNSC announced that it would give Europe 60 days to devise a way to facilitate trade with Iran. After the Donald Trump administration withdrew the United States from the JCPOA and decided to reapply sanctions, many European firms pulled back from investment and financial transactions with Iran for fear of the United States imposing secondary sanctions against them.

Iranian Foreign Ministry spokesman Abbas Mousavi would not confirm or deny the Fars reporting on the stockpile limit and instead referred reporters to Iran’s Atomic Energy Organization. Mousavi did, however, talk to reporters about Iran’s expectations in regard to Europe and the nuclear deal.

“Our message about INSTEX to the Europeans has been sent, and we are hopeful that important and operational steps are taken by them,” Mousavi said.

France, the United Kingdom and Germany set up INSTEX, the Instrument in Support of Trade Exchanges, to facilitate trade with Iran in a way that gets around US sanctions. Mousavi said that if Europe takes “more practical, tangible and complete steps,” then Iran would return its stockpile of enriched uranium to the previous level.

Since the announcement of INSTEX, Iran has complained that the instrument has remained marginal and has not positively impacted trade. As Mousavi put it, up to now INSTEX has not been delivering “the demands and wants of the Islamic Republic.”

Iranian Oil Minister Bijan Zanganeh told reporters today, “Without a secured deposit, INSTEX will not work with [simply] three or four million euros, [and] oil money needs to be deposited in it.”

Heshmatollah Fallahatpisheh, a member of Iran’s Foreign Policy and National Security Commission, seconded Zanganeh’s comments in a July 1 interview with the Tasnim News Agency. “One of the fundamental problems with INSTEX is that … the sale of oil and depositing money in INSTEX has not been resolved,” Fallahatpisheh said July 1. “The structure of INSTEX as it currently stands … does not secure Iran’s interests.”

Fallahatpisheh further stated that Iran expects INSTEX to bring back oil sales to what they were before the US reapplied sanctions. “INSTEX is not in compliance with that,” he remarked.