Iran calls for concrete steps from Europe to save nuclear deal

In response to European statements regarding keeping the nuclear deal alive, Iran says it wants to see operational steps rather than statements. 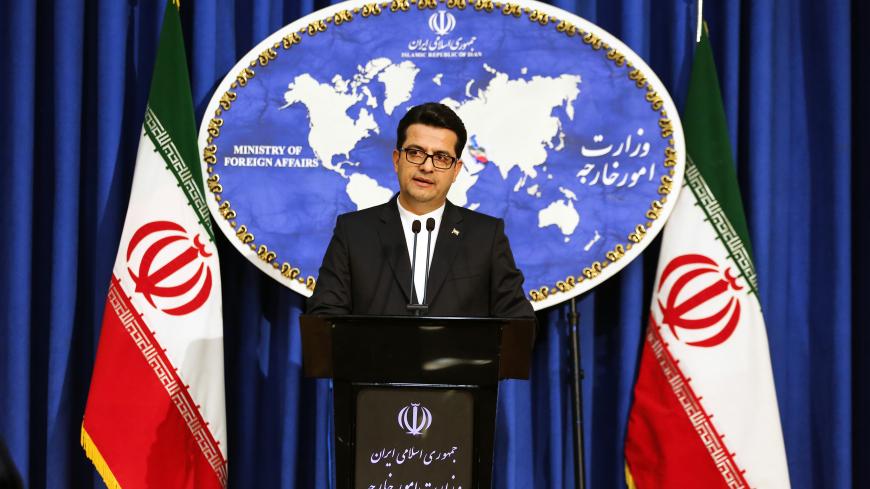 The four-year anniversary of the signing of the 2015 nuclear deal, known as the Joint Comprehensive Plan of Action (JCPOA), which was signed by Iran and the five permanent members of the United Nations Security Council plus Germany, passed on July 14. But with the accord nearing collapse due to the US exit from the deal in May 2018, Iranian officials who had pinned their political futures on the landmark nonproliferation agreement would have preferred the day to go by unnoticed.

With the reimposition of US sanctions, Iran has slowly reduced its nuclear commitments under the JCPOA, most notably announcing that they will increase beyond the 300 kilograms (661 pounds) of low-enriched uranium stockpile and beyond 3.67% enrichment. The United Kingdom, France and Germany (E3) have attempted to salvage the deal, though with little success so far.

Iran’s Foreign Ministry spokesman Abbas Mousavi addressed European attempts to keep the JCPOA deal alive. “Iran’s expectations of European partners in the JCPOA is the adoption of operational, effective and responsible decisions and steps,” Mousavi said July 15. He added that expecting Iran to return to the JCPOA level of commitments for its nuclear program without “evidence of serious political will and the practical ability of the Europeans in creating balance in fulfilling their commitments based on the JCPOA … is unrealistic and contrary to the goals, logic and contents of the JCPOA.”

Mousavi’s comments were in response to a July 14 statement released by the E3. The statement reiterated the E3’s “regret and concern” that the United States exited the JCPOA. It continued, “Today, we are concerned by the risk that the JCPOA further unravels under the strain of sanctions imposed by the United States.” The statement added, “We strongly urge Iran to reverse its recent decisions” regarding their commitments under the JCPOA. It also urged all sides to reduce tensions, particularly in the Persian Gulf region.

While the E3 met in Brussels, Iran’s Foreign Minister Mohammad Javad Zarif was in New York for UN-related meetings. Regarding Europe’s interest in keeping the deal alive, Zarif said July 14, “The Europeans claim they are inclined to keep the nuclear deal but they have not shown they are ready to invest to protect the deal. There is a serious difference between stating you would like to and have the political will to protect an international agreement and being ready to make the necessary investments.” He added that Europe “still has not shown” that they are ready to make the necessary investments. In January, Europe announced the formation of the Instrument in Support of Trade Exchanges (INSTEX) in order to facilitate bank transactions. However, Iran has stated it is interested in a vehicle to secure the sale of oil transactions, a volume that INSTEX is not yet equipped for.