Tehran works to bring neighbors onboard against US maritime coalition

Iran's president is intensely pursuing diplomacy with regional leaders to try to reverse US plans for an international maritime coalition in the Strait of Hormuz. 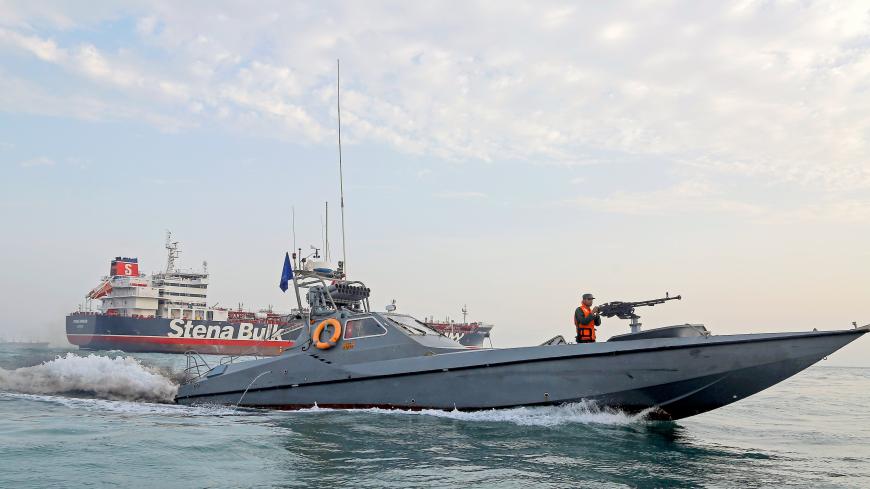 Iranian President Hassan Rouhani had a hectic day Aug. 12, talking to heads of state in his country's vicinity and trying to elucidate what he views as security threats posed by a planned US-led mission in the Strait of Hormuz.

The strategic maritime pathway letting through 20% of the world's oil traffic has been at the center of recent rising tensions between Iran and the West. The United States has ramped up efforts to rally allies behind a naval mission, which it says aims to shield international shipping from Iranian threats in the strategic strait.

To counter that argument, Rouhani held separate phone conversations with Turkey's President Recep Tayyip Erdogan, Pakistan's Prime Minister Imran Khan and Emir of Qatar Tamim bin Hamad Al Thani. The Iranian president gave the three leaders assurances that security in the Persian Gulf and the Gulf of Oman is a key foreign policy principle upheld by the Islamic Republic, reaffirming that it is only "joint efforts" by countries in the region that can create regional stability.

Rouhani told the Emir of Qatar — a tiny neighbor but a major energy-rich rival — that the US plan "will only further complicate the problems in the region." He expressed hope that "the Americans will realize the path they have taken is the wrong one and will have no winner."

Ever since Washington started scrambling for the coalition, Iranians have been warning the world about how the plan can heighten tensions and strengthen the potential for miscalculations.

On July 18, Iran captured a British-flagged oil tanker passing through the same strait because it was "violating maritime regulations," a charge the UK government denies. Tehran's move was interpreted by many as a tit-for-tat response that came a fortnight after Iranian tanker Grace 1 was impounded by British marines off the Coast of Gibraltar over breaching EU sanctions on oil shipments to Syria. Tehran rejects that explanation, refusing to say where the oil cargo was headed. A barter deal as a solution to end the ongoing impasse has also been dismissed by both Iran and the UK.

Yet there are conflicting accounts emerging about the fate of the Iranian vessel. Relying on information from Vesselfinder, an international real-time shipping database, some news outlets suggested the tanker was about to be released. But hard-line Tasnim News Agency claimed that based on its own information, Grace 1 had yet to be released and the tanker's earlier status remained unchanged.

However, IRNA, the Rouhani government's official outlet, reported that paperwork was underway to have the tanker set free. "The British have shown their willingness to resolve the problem, and documents helping with the release have been exchanged," said Jalil Eslami, the deputy chief of Iran's Ports and Maritime Organization. The official did not elaborate on the possible steps Iran may take regarding the British tanker if the Iranian one sails back home. Eslami declared that despite the recent episodes, Iranian-flagged vessels carrying oil or other commodities continued to operate normally and "the US plan to build the maritime coalition is doomed to failure."