Dead are last to leave ancient Turkish town before submerging

In a grim postscript, former residents of the town Hasankeyf are relocating the remains of the dead before the unique settlement dating back 12,000 years is engulfed by water from the construction of a dam. 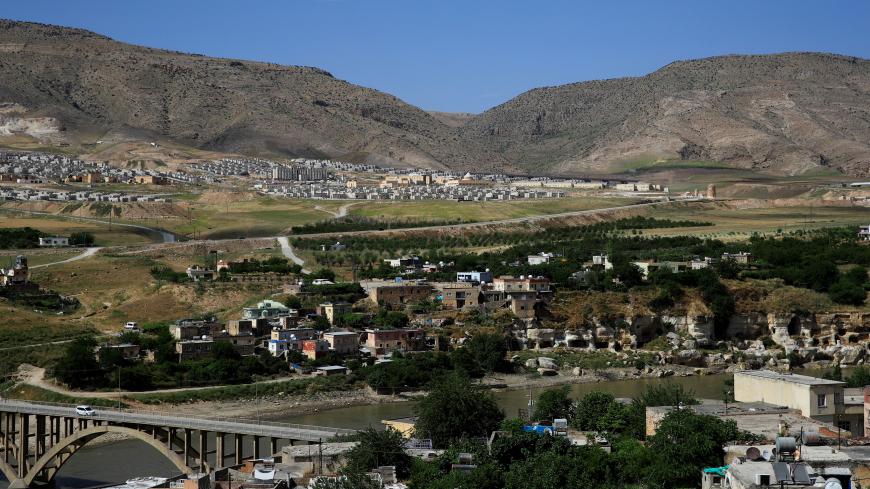 View of Hasankeyf, which will be submerged by water filling the Ilisu Dam, with New Hasankeyf in the background, Hasankeyf, Turkey, June 1, 2019. - REUTERS/Umit Bekta

HASANKEYF, Turkey — The chugging of heavy machinery echoed through Hasankeyf, an ancient town on the banks of the Tigris in southeastern Turkey on a recent Sunday. The settlement, soon to be inundated by the waters of a nearby dam, was no stranger to earth-moving works over its 12,000-year history, but the diggers' task on this day was particularly gloomy. With the town’s residents already resettled elsewhere, the time had now come to move the dead.

The relocation of graves punctuates Hasankeyf having reached the end of the road after years of protests and legal battles to halt construction of the Ilisu Dam. The saga began for local residents in the late 1960s when a group of strangers arrived by mule. The locals had initially mistaken the men for tourists, but they turned out to be engineers dispatched to take water-level measurements of the Tigris. In 1980, Turkish officials gave the go-ahead for a hydroelectric dam as part of a massive development project for the impoverished, predominately Kurdish southeast. The Tigris, the lifeblood of Hasankeyf for millennia, would now drown the town, along with its unique heritage dating back to Neolithic times.

Mired in controversy, the process dragged on for years, until Ankara tendered the project in 1997. Another decade passed amid funding snags as a number of European companies and lenders reneged on the project. With Ankara forced to pay the bill, construction finally kicked off in 2006. The point of no return arrived earlier this year, when the process of filling the dam got underway after postponement due to downstream protests of water shortages in drought-stricken Iraq in 2018.

At the cemetery in Hasankeyf, earth movers were opening graves in the presence of surviving relatives. Two men descended into the pits to collect bones. With utmost care, they wrapped the remains in a shroud and placed them in coffins, which were then taken to a burial ground near New Hasankeyf, the settlement built for the displaced locals.

A man in his 40s walked into the cemetery and pointed to a grave. “This is cruelty,” he managed to utter, before erupting in tears. He had come to collect the remains of his mother and continued weeping as he watched the exhumation and then left with the coffin to give her a second burial.

Ramazan Baytap pointed to several tombs, identifying them for the workers. “This is my father. This is my mother. This is my sister,” he noted, adding that his forebears had lived in the area for three centuries.

“We do not want to move the graves, but there is nothing we can do,” Baytap told Al-Monitor, taking solace in at least being able to go to a new burial ground “to say a prayer” for his lost ones.

Cetin Cile, among the first to leave Hasankeyf, also returned, in his case also to move the grave of his mother, his only remaining bond to the town. Cile so disliked the new settlement erected for the residents some two miles away that he built his own home on nearby land that he owns.

At the new burial ground, he placed his mother's bones in a grave with his own hands. After saying a prayer, he told Al-Monitor, “We had no option but to move the grave. Otherwise, it would have been submerged, and it would have broken our hearts to leave it underwater.”

Locals who wish to relocate remains can do so after notifying authorities. About 500 have been moved thus far. Bulent Basaran, who had owned a tourism business in Hasankeyf, relocated the graves of his parents earlier this week. “We relived the pain of their deaths once again,” he said.

Ridvan Ayhan, an activist with a platform established years ago to save Hasankeyf, still refuses to believe the town will be swallowed by water and clings to the hope of an unlikely, last-minute intervention.

“The heritage here does not belong to us alone,” he told Al-Monitor. “It is the common heritage of humanity, which means that we alone cannot make decisions on whether to submerge it or not. I’m appealing to the international community: Hasankeyf must be saved.”

The relocation of graves has only reinforced the gloom that has descended on Hasankeyf. Ayhan remarked, “The people of this land are not at peace even in their graves.”

Some of the town's monuments have been wheeled to new locations, but critics continue to emphasize that many other artefacts and the unique character of the town will be lost forever. Ayhan noted that the dam will also destroy the ecosystem in the area due to the expected increase in humidity. The change will affect humans and other species alike.

Ayhan may refuse to accept Hasankeyf's looming fate, but the waters of the dam continue to rise several centimeters by the hour. Some have charged that the underlying aim of the project is to isolate Kurdish-populated areas, while government officials insist that producing energy and improving irrigation are the goals. Regardless, one thing for certain is that the legacy of 12 millennia of human history is being sacrificed for a dam with a lifespan of 50 years. 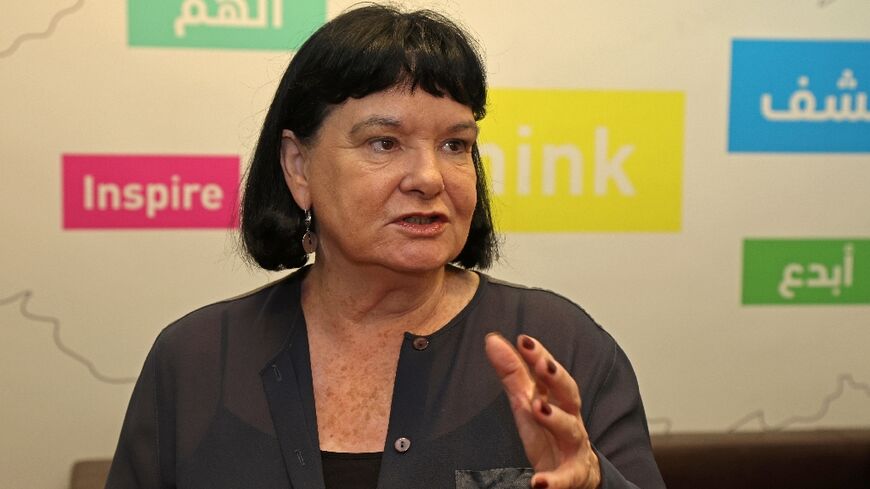