The Egyptian government issued a decision allowing the disposal of state-owned lands through direct agreement without putting them up for public bidding, which some critics say invites corruption. 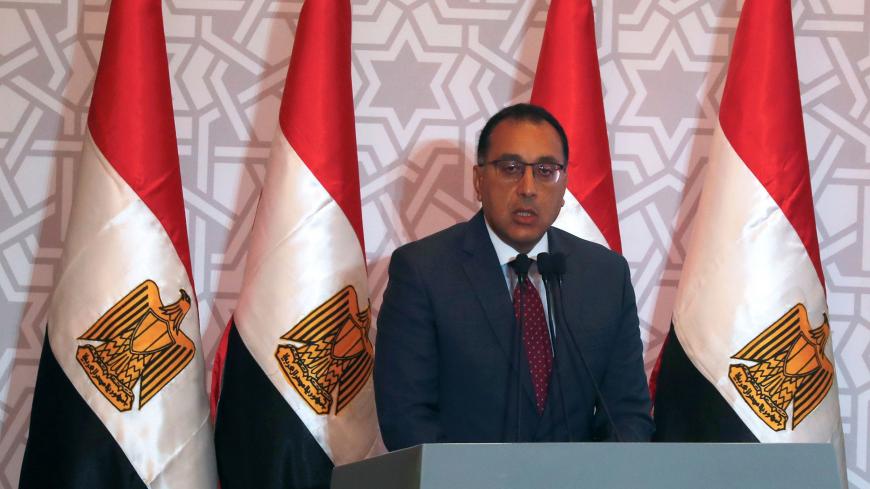 CAIRO — Egypt is expanding its use of no-bid sale, lease and licensing of state-owned property to investors, companies and even private citizens, raising concern among human rights activists and public affairs observers who believe the decision opens up the possibility of corruption and favoritism.

Prime Minister Mustafa Madbouly issued a decree effective Aug. 31 allowing the disposal of state-owned property by government agencies by direct agreement, saying the action aims to meet the social and economic requirements of the public interest.

The decree stipulates that agencies must justify requests to use the no-bid process, showing "urgent need." They also must verify that a buyer has the necessary financial and technical wherewithal for the purchase, as well as a good reputation.

Abdel Khalek Farouk, director of the Nile Center for Economic and Strategic Studies, told Al-Monitor the decree could significantly abet corruption and favoritism by circumventing the normal bidding process.

“This usual legal method provides for a fair amount of transparency in the process of choosing one company over the other," requiring the government to select the best deal at the best price, Khalek Farouk said, adding, "This aspect is not available in the allocation by the direct agreement method, due to the increased likelihood of some government officials being linked to a certain company and favoring it over others, which kills the process of free competition.”

He said the decision is also dangerous because it applies to facilities and operations owned by citizens but run by the government.

Khalek Farouk cited Egypt's “1.5 million feddans” project, which was awarded to the Egyptian Countryside Development Co. by direct agreement. The company consists of three government shareholders, namely the Ministry of Finance, the Ministry of Agriculture and Land Reclamation, and the Ministry of Housing, Utilities and Urban Communities. The project aims to reclaim, develop and cultivate land, and provide employment opportunities.

The company implemented and manages the project for the benefit of the state. Khalek Farouk noted that according to the new decision, it is possible to allocate some of this project’s lands through direct agreement with private companies or individuals. He believes this raises legitimate concerns about direct agreements being closely linked to corruption, as past experiences have proved.

Between 2010 and 2011, he noted, Egyptian courts invalidated direct agreement land-allocation contracts that violated the law, most notably contracts for the sale of land for projects such as Palm Hills and Madinaty.

Ammar Ali Hassan, a political science professor at Cairo University, told Al-Monitor by phone that the existing law on government contracts allowed direct contracting in specific cases, mainly contingencies that are unlikely to follow the tender procedures, or when only one source has the technical capacity to meet contracting requirements and promote social or economic policies adopted by the state.

But the new decree expands the situations in which direct agreement is applicable, especially regarding “promotion of social or economic policies,” which is a flexible concept subject to the government's discretion, he said.

Meanwhile, Adel Andraos, former head of the Cairo Court of Appeal, told Al-Monitor the Egyptian state is moving to maximize the use of its untapped assets. There are large areas of land and assets that the state isn't taking advantage of and that don't generate financial returns, he noted.

Yet Andraos believes there's no need to rush expansion of the no-bid process, saying it's better to be careful in such decisions and abide by the usual procedures that allow for competition.