The Donald Trump administration has yet again delayed the announcement of its long-awaited peace plan for the Middle East, which some say is linked to the Israeli elections next month and fear of Prime Minister Benjamin Netanyahu losing them. 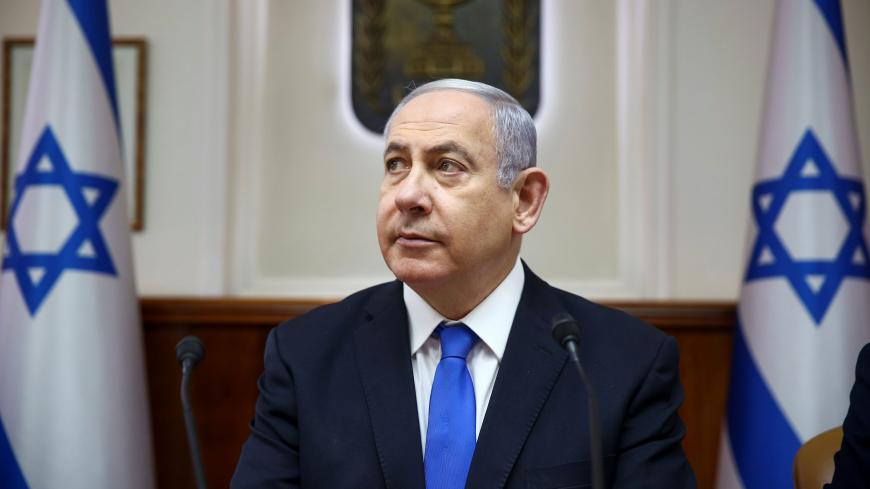 Most of the reactions to the Aug. 28 decision of the Donald Trump administration to delay announcing the US vision for the Middle East have focused on the possibility or not of Israeli Prime Minister Benjamin Netanyahu being reelected. Israeli elections are scheduled for Sept. 17. No clear winner is projected by Israeli polls.

But a Palestinian-American who recently met with Trump’s son-in-law, Jared Kushner, thinks the Americans have been hoping that Palestinian President Mahmoud Abbas would surrender and end the boycott of the Americans. Abbas ended all talks with Washington once the Trump administration announced Dec. 6, 2017, its decision to move the US Embassy from Tel Aviv to Jerusalem.

Fadi Elsalameen, a nonresident fellow at The Foreign Policy Institute at The Johns Hopkins School of Advanced International Studies, told Al-Monitor that a conversation with Kushner on August 15 revealed what the US game plan regarding the Palestinian leadership is. “We were at the Hamptons, and when I asked about the US plan, Kushner told me that they have intentionally been financially squeezing the Palestinians. He said to me, ‘My plan is to dry up the money in the Palestinian [Authority] and hope [President Mahmoud] Abbas will come back,’” Elsalameen told Al-Monitor.

Elsalameen noted that although he normally is a critic of the Palestinian president, he had to defend him. “My response to him was, ‘Abbas is very stubborn. He will never come back,’” he said.

A White House administration source who refused to be identified didn’t deny that this particular meeting took place. Speaking to Al-Monitor, the source described Elsalameen’s description of the discussion as “completely inaccurate and false.”

Irrespective of whether the Americans are still waiting for the Palestinians to fold, the decision to postpone, again, the announcement of the US vision appears to many to be connected to the Israeli prime minister.

Hani al-Masri, the general director of Masarat, a Ramallah-based think tank, told Al-Monitor that Trump backed away because of doubts about the results of the upcoming Israeli elections. “Trump backed away from betting on Netanyahu because his chances of winning [the Israeli] elections have gotten weaker.”

Muhmmad Younis, a veteran journalist in Ramallah, told Al-Monitor that it is all about Netanyahu. “I think the delay is because it was feared that the plan would hurt Netanyahu, especially if there are land concessions [on the part of Israel] in the [US] offer. This would cause a backlash against Netanyahu from his more radical opponents.”

Younis said that at present, the Israeli election’s campaign is totally void of the political solutions to the Israeli-Palestinian conflict. “If the US plan is announced, this will bring out people from the far right who will oppose it and therefore could cost Netanyahu the elections,” he said.

Rateb Rabie, founder of the Holy Land Christian Ecumenical Foundation, however, told Al-Monitor that the Trump administration is simply delaying until they find a face-saving response. “Their plan is failed; they are finding excuses to delay the announcement until they find something to save face,” referring to the “now forgotten” Bahrain economic workshop to illustrate the failure of the US efforts.

But while a number of experts tried to explain the US delay, some have gone as far as questioning the actual existence of any plan. Hussein Ibish, a senior resident scholar at The Arab Gulf States Institute in Washington, insisted — in response to the Twitter announcement by Trump's envoy for the Mideast peace process, Jason Greenblatt — that he has been saying the US plan doesn’t exist. “When I took one look at both the long and short versions of the Manama conference papers, I knew there wasn't one worth the name. It's all a ruse and a red herring. Obviously! … The unseriousness of it all is beyond belief,” Ibish commented on Twitter.

The plan includes something that could upset some of Netanyahu voters, and nothing can be done before the election to do that. This would apply even if the plan were overwhelmingly, but not exclusively, sympathetic to Israel.

The administration is hedging its bets on the outcome since Netanyahu is running far behind what he achieved in the last election.

The Trump administration has changed the goalposts numerous times as to when it will announce its plan. With every delay, Palestinians make another breath of relief knowing that even if it is announced in the next months, it will be relatively easy to ride the storm until the 2020 US elections to which they hope that anyone but Trump wins the presidency.