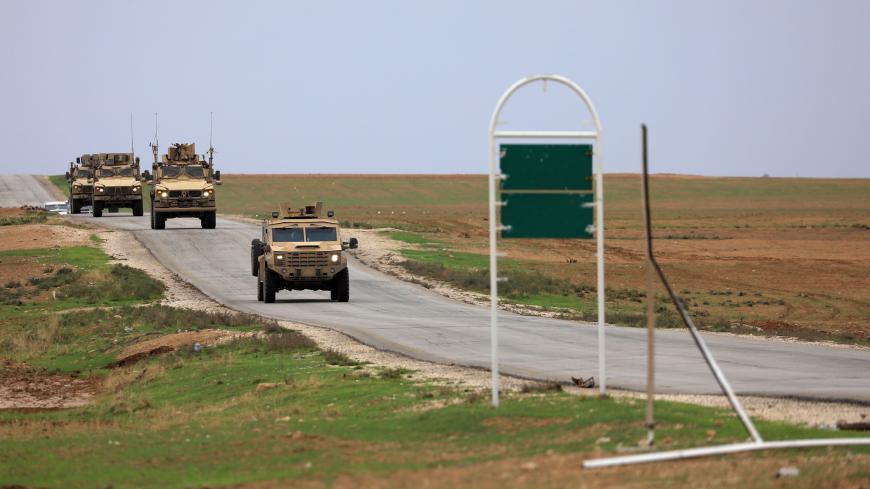 That was my quick assessment after reading the statement on joint military talks regarding Syria issued by the US Embassy in Ankara following three days of talks.

The statement came Aug. 7. Three days earlier, on Aug. 4, Erdogan had unequivocally announced the imminent Turkish invasion of Syria’s northeast, which is under the control of Syrian Kurdish groups.

Turkey has been massing troops along the long Syrian border for weeks, and Turkish leaders have been persistently talking about military intervention. Thus, Erdogan’s statement Aug. 4 was seen as the natural outcome of the military preparations on the ground. He said, “Patience has limits.” That implied that he would no longer place value in American promises regarding the situation in the “east of the Euphrates.”

On Aug. 5, a day after Erdogan’s dramatic statement, the American and Turkish military officials sat down in Ankara for what The Washington Post termed a “last ditch” effort by the US negotiators.

The Turkish position on the planned safe zone had been put forward on numerous occasions: unilateral Turkish military control over an area 400 kilometers wide and 32 kilometers deep (250 by 20 miles).

Turkey’s Kurdish adversaries objected to this position, saying Turkey was seeking to take control of the international traffic route (Rodko Road) some 30 kilometers (18 miles) from the Turkish border, which connects roads from South Kurdistan to Aleppo, Damascus and the Arab countries.

The ANF news agency, affiliated with outlawed Kurdistan Workers Party (PKK), reported, “With the capture of this road, which is an important trade route, Turkey also plans, as the second or third step of its occupation plan, to transport oil from Kirkuk to Deir ez-Zor to the Mediterranean.” The PKK, considered a terrorist organization by both Turkey and the United States, has close ties with the Syrian People’s Protection Units (YPG).

The Kurdish assessment, interestingly, sounded similar to what Brett McGurk, the former US envoy for Syria, wrote in a recent Foreign Affairs article.

He alleged that Erdogan has ambitions to extend Turkey’s borders, “which he feels were unfairly drawn by the 1923 Treaty of Lausanne.”

“I have sat in meetings with Erdogan and heard him describe the nearly 400 miles between Aleppo and Mosul as a ‘Turkish security zone,’ and his actions have backed up his words,” McGurk wrote.

Indeed, Erdogan on Aug. 6 sounded adamant about moving in Syrian territory against the Kurds irrespective of any negative American reaction that this might entail; it appeared the countdown had started.

On Aug. 7, Turkish Defense Minister Hulusi Akar said that the negotiations had been “constructive” and that his US counterparts had come “closer to our position.” Akar told the Turkish media, “We gladly observed our interlocutors coming closer to our views.”

“The delegations agreed on the following: the rapid implementation of initial measures to address Turkey’s security concerns; to stand up a joint operations center in Turkey as soon as possible in order to coordinate and manage the establishment of the safe zone together; that the safe zone shall become a peace corridor, and every effort shall be made to so that displaced Syrians can return to their country,” the Defense Ministry’s statement said on the same day.

A National Interest article rightly pointed out, “Pushback to its proposed ‘peace corridor’ plan in northern Syria has shown Turkey that there is a limit to how much it can do without stepping on Washington’s toes.” As it underlined, the balance seemed to swing more in the other direction than Turkey had envisioned.

These probably are commitments that the YPG could easily fulfill without any need for the United States to exert any pressure for their implementation.

The Syrian Democratic Forces’ top commander, Gen. Mazlum Kobane, disclosed such possible moves to a group of visiting Turkish journalists three weeks ago. He had said the YPG could evacuate its forces from a 5-kilometer-deep (3-mile) zone from the border with Turkey and withdraw artillery beyond the 20-kilometer (12-mile) zone. He added that the YPG could leave the governance of cities and towns to the local councils.

Such “initial measures” to address “Turkey’s security concerns” have no cost for the United States as they are already commitments of their Syrian Kurdish partners.

The safe zone — with no reference to its depth and width — that “shall become a peace corridor” is a sweetener given to Ankara by Washington. “Peace corridor” is Ankara’s formulation, and Washington seems subscribed to it. A peace corridor for what? We can understand from the US Embassy statement that it will be space where “every effort shall be made to so that displaced Syrians can return to their country.”

But when US State Department spokesman Morgan Ortagus said the “US position is that we do not support any sort of forced or coerced relocation of refugees or internally displaced persons,” this in essence voided the embassy statement about displaced Syrians. The settlement of the Syrian refugees in Turkey in the east of Euphrates would require a drastic demographic change; this would be a coercive act that would amount to a “de-Kurdification” and consequently the “Arabization” of the east of the Euphrates. Erdogan may want to see that happen, but the United States has no interest in it.

All in all, what was reached between Ankara and Washington was a time-out, postponing the looming crisis between the two allies whose relationship is already scarred with Turkey’s S-400 Russian missile system and with American sanctions hanging over Erdogan’s neck as a sword of Damocles.

As a former US official was quoted as saying in The Guardian, "It’s basically an agreement to continue talking. That’s a net good. But with Trump having no commitment to Syria, and our forces now cut to the bone, there is little we can really do to support a safe zone. So it’s a lot of wishful thinking.’”

But if we remember that Erdogan had so clearly committed himself to an imminent military incursion into Syria and that the whole Turkish public was prepared to see it happen, the blunter interpretation may be that America said “no” and Erdogan bowed, at least for now.