Hundreds of independent lists and parties are expected to run in this year’s parliamentary elections, which will now be held after the pushed-forward presidential contest. 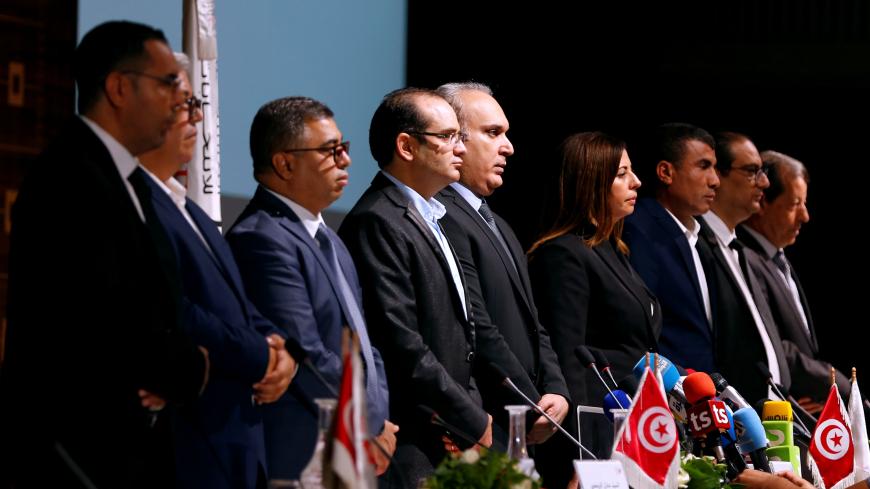 It's no surprise that the death of President Beiji Caid Essebsi, which triggered an early presidential election, is causing a major shakeup in Tunisian democracy.

Following the president’s funeral, his son, Nidaa Tounes leader Hafedh Essebsi, said of his father’s decision not to sign the reformed electoral law, “It was not easy for him to not sign it,” and “It was a service to his people.”

This year’s elections — the second round of free elections since the 2011 revolution — will be the real test for Tunisia’s democracy and define its democratic structure.

Dissatisfaction and disappointment with the government by the Tunisian people have been well documented in the press with frequent strikes and demonstrations. According to a survey conducted by the International Republican Institute, 87% of responders believed the country was heading in the wrong direction politically, and 49% said that they were “very dissatisfied” with democracy in Tunisia.

Lamine Benghazi, the project director of the Tunisian independent governmental and electoral watchdog Al-Bawsala, told Al-Monitor that the parliament has been “weak.” He cited many problems including in the organization, commitment and budget to enable parliament to operate properly.

He described too little contact between representatives and their constituencies, saying that although there are online portals for constituents to engage with them, they are underused. He noted that some members of parliament are very active on Facebook and connect with their constituents that way, but solely by personal efforts.

However, the spokesperson for the Independent Higher Elections Committee, known by its French acronym ISIE, told Al-Monitor that there has been an increase of around 1.5 million registered voters, bringing the total electorate to 6.7 million out of a total population of 11,500,000. These figures show that Tunisians are certainly politically active, Hasna Ben Slimene added.

Sharan Grewal, a visiting fellow at The Center for Middle East Policy at the Brookings Institution, told Al-Monitor, “If there’s disillusionment with the parties and the establishment, I think there are new voters who are excited by these populist outsiders, like [leader of the Heart of Tunisia Party and former owner of Tunisia’s Nessma TV] Nabil Karoui and Kais Said, a lawyer who is running as an independent candidate.”

Yadh Elloumi, a parliamentary candidate for the district of Ariana in Greater Tunis from the Heart of Tunisia Party, told Al-Monitor that he thought holding the presidential elections first “is a good thing," saying, "It respects the constitution.”

According to a poll conducted in July by Emrhod Consulting, the newly formed Heart of Tunisia Party, which is campaigning on a platform of economic liberalization and social reform, is in the lead with a 20.8% approval rating ahead of the Islamic democratic party Ennahda, which polled an 8.6% approval rating.

Ennahda formed a coalition with Nidaa Tounes after the elections in 2014. The electoral reordering could mean that whoever wins the presidential election may have the power to influence the popular vote in the parliamentary elections and gain a majority. Elloumi said, “We need a strong presence in parliament if not a majority,” adding, “We want to create a government.”

Tunisia’s parliamentary and municipal elections both use a system of proportional representation whereby each party puts forward lists of their candidates and voters vote for the party itself. ISIE published the final figures of accepted lists on Aug. 6, its President Nabil Baffoun said in a press conference. “The 1,503 lists — initially accepted for the legislative elections — are distributed as follows: 673 party lists, 312 coalition lists and 518 independent lists,” Baffoun said.

The increase in voters, new political parties and the presence of independents seem to be early signs of a possible renaissance in Tunisia’s democratic dynamic and perhaps an end to the domination of the conservative secularist parties, particularly Nidaa Tounes and the dominant Islamist party Ennahda, which came to prominence following the 2011 revolution that deposed authoritarian President Zine Abedine Ben Ali.

Grewal said, “The independent lists have ballooned in part after their performance in the [2018] municipal elections, when they did better.” He added, “The desire for independence is understandable. It is more healthy that independents can provide different viewpoints.”

There are currently 221 political parties, and bigger parties such as Nidaa Tounes and the Popular Front have witnessed internal divisions with new offshoots forming such as Prime Minister Youssef Chahed’s Tahya Tounes (Long live Tunis). A flood of independents might make a fractured political landscape even less coherent and fragile.

Grewal asked, “Will it mean that the parliament is more fractured and efficiency suffers?” but reiterated, “I think it is beneficial for democracy."

Elloumi denied that Heart of Tunisia had actively solicited people to register to vote. He said that as his party was launched on June 20, before the opening of voter registration, and the upsurge in newly registered voters was spontaneous and organic. He called it “a demonstration that Tunisians want change.” He added, “What did they gain with democracy? They got a sterile government.”

Benghazi said that one of the challenges to democracy in Tunisia is the “cultural consequences of a presidential system” that means that Tunisia’s elections and politics are still dominated by senior figures, mostly prominent men such as Chahed, Heart of Tunisia founder and media entrepreneur Nabil Karaoui and Ennahda’s founder Rachid Ghannouchi, who is running in the parliamentary elections. He said the campaigns are still marked by an absence of party platforms and well-defined policies.

An Aug. 7 report written jointly by the International Republica Institute and the National Democratic Institute recommended, “Political parties should develop and apply clear political messages and campaign on clear programs, with a specific focus on gender and youth, that will address the priorities of Tunisian citizens to see improvements in their daily lives.”

Grewal noted, “Having presidential elections first may make this [cult-of-personality politics] worse, [but] now there will be presidential debates. Hopefully, presidential candidates might start talking [about policy].”

There will be a series of mass televised debates called “Tunisia Decides” run by the Munathara Initiative. Mabrouka Khedir, a spokesperson for Tunisia Decides told Al-Monitor. The project will include five televised debates: two ahead of the presidential elections, two for the parliamentary elections and a follow-up show in early 2020 to review whether those elected are making good on their promises.

Khedir said, “Public debate is broken in the Arab world … a major hurdle for the emergence and endurance of democracy.”

The question is now whether registration and intense publicity and campaigning will translate into actual votes at the ballot box.