Turkey and its ally Qatar are being accused of spreading false news and fabricated videos to stir up tension between Kurds and Arabs in Syrian areas east of the Euphrates. 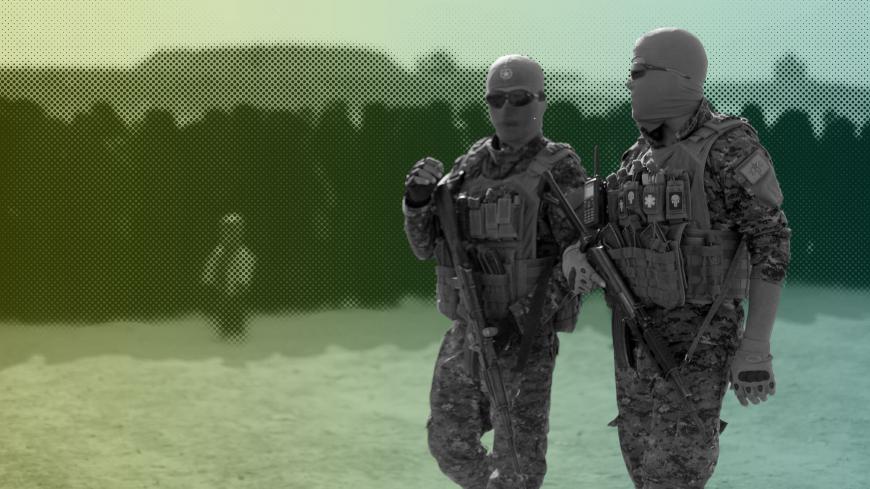 The SOHR in England reported recently that Turkish intelligence — in coordination with Qatari media, Syrian opposition websites and pro-Turkish Syrian activists — is trying to cultivate hatred between Kurds and Arabs east of the Euphrates, a Syrian area Turkey has long threatened to invade. The allegedly fabricated videos in particular target the SDF. Ankara considers the US-supported, Kurd-Arab alliance a terrorist organization.

A July 29 video on Al Jazeera shows a supposed SDF fighter in the Syrian city of Manbij speaking with a poor Kurdish accent as he beats a woman and removes her hijab. The man is heard threatening Arab citizens — including women — to get revenge for them not joining the force. The video also shows a Kurdish security vehicle in the background with an SDF flag flying over it, which drew angry reactions on social networking sites.

The observatory said the Al Jazeera video was a scam for several obvious reasons — mainly because the SDF doesn't recruit women — and stressed that tracking down draft-dodging conscripts is the job of the military police, whose uniform is different from the SDF. The SOHR also said the vehicle in the video belongs to the Kurdistan Regional Government's internal security forces known as Asayish, whose uniform is also different from that of the SDF.

The person shown kicking and beating the woman is covering part of his face with a cloth, but the SDF forbids its personnel to wear masks or hide their identities. Also, the video was supposedly filmed in Manbij, but the SDF left there in January, turning over control of the largely Arab city to the Manbij Military Council and its 5,000 Arab fighters.

The videos have been condemned by both Arab and Kurdish communities in Syria.

Manbij Military Council spokesman Shervan Derwish told Al-Monitor that the false propaganda and fabricated videos targeting the area east of the Euphrates, especially Manbij, started after the city was liberated from the Islamic State (IS) in 2016.

“The defeat of IS in Manbij was a severe blow to several parties seeking to spread chaos, support terrorism, and divide Arabs and Kurds" for their own purposes, Derwish said. "There has been an uptick in these sedition campaigns as Turkey has made threats about invading areas east of the Euphrates,” he said.

Recently, though, fears of a Turkish military operation -- at least in that area -- have quieted somewhat since Ankara and Washington reached a rudimentary outline of an agreement for a Syrian demilitarized "safe zone." The zone is to extend along the border between Turkey and the largely Kurdish area of northern and eastern Syria known as Rojava. (Meanwhile, however, Turkey continues to send troops into Idlib in northwest Syria.)

Derwish talked about several other allegedly fabricated videos by Qatar’s Al Jazeera along with Turkish media outlets since the onset of the Syrian crisis in 2011, promoting lies and seeking to stir up ill will between the different ethnicities and communities in Syria.

Jasem al-Ali, an Arab SDF fighter, told Al-Monitor that media misinformation has become a cheap commodity practiced by Turkish and Qatari intelligence in coordination with Syrian activists and journalists.

“These videos are obviously fabricated. You can see many red flags in them. In any normal situation, beating victims would at least try to cover themselves or fight back, but in [Al Jazeera's] video they don’t. The perpetrator, who is ostensibly an SDF fighter, does not even wear the right uniform,” Ali said.

“In April, video footage showed a fighter burning wheat crops in a mountainous area where SDF members were accused of burning wheat fields. It later turned out to be a video shot in Sinjar, Iraq. The fighter shown in the video was a member of Iraq's Popular Mobilization Units. It must have skipped the mind of those who released the video that wheat fields east of the Euphrates are grown on flatlands and not mountainous areas.”

Al-Monitor met with Moayad Karim, an expert in social media and information technology, who viewed some of the videos and described them as low-quality productions. “They contain many obvious glitches and flaws. The channel is broadcasting videos of falsified 'facts,' and the people featured in them are poor actors ridiculously performing roles they were assigned to play.”