A normally negligible local election in the Iranian capital has brought the country’s political groups face to face, revealing that bigger clashes may be ahead as Iran’s 11th parliamentary elections draw near. 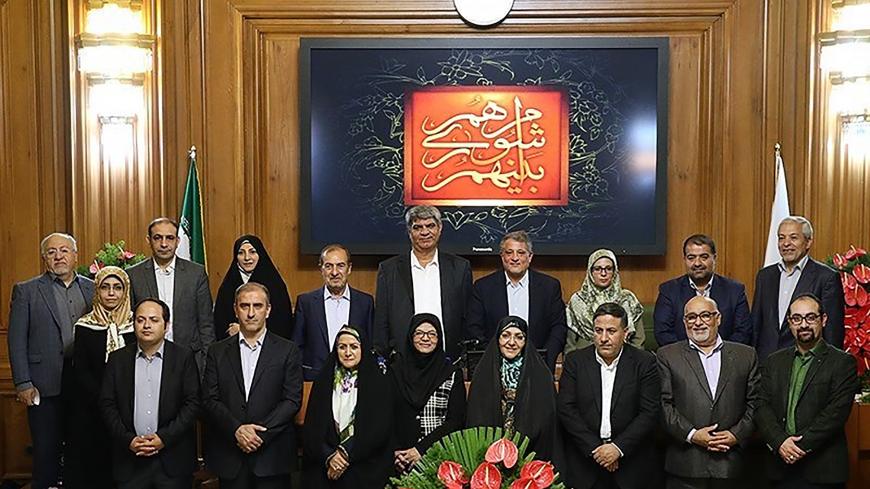 Some Iranian politicians are reading a lot into a recent election, one that in the past has barely registered notice in the public eye.

For the past four terms, elections to choose assistants for the Islamic City Council of Tehran were low-key and inconsequential. But the fifth election, held July 26, led to a showdown between Iran’s political groups — perhaps foreshadowing what's to come in February’s parliamentary elections.

The assistants elections aren’t officially recognized by Iran’s Interior Ministry. Some national government entities, such as the General Inspection Office, even consider them illegitimate.

Islamic City Council assistants have an advisory role with no executive or decision-making power in Tehran’s districts. There are some 4,500 members in about 350 constituencies, which itself indicates how trivial the roles are. Not many Tehran residents were even aware of the council assistants election during its past four terms, and Tehran Mayor Pirouz Hanachi acknowledged July 26 that he had never participated.

Yet last month, political factions raised a ruckus over the unassuming election.

The Reformists — who control both the city council and the mayor’s office — insisted that, despite popular belief, the election was warmly received by the public and produced a good turnout.

Conservatives, however, contend turnout was low and blamed the Reformists’ “poor performance” in leading the municipality. They also claimed the election was rigged.

Meanwhile, the Iran Revival (Farashgard) movement, which seeks a secular government, said the assistants election clearly indicated that the Iranian people have lost hope in the entire political system.

According to post-election reports, only 9% of Tehran’s population participated in the polls, which means a turnout of about 500,000 for a city of 9 million people. Considering that about 12,000 candidates competed in the election, there would have been fewer than 42 voters per candidate. Thus, it seems the arguments made by the hard-line conservatives and the Iran Revival about these elections being lifeless are in fact true.

The Reformists, however, had their own counterargument. Mohsen Hashemi, who heads the council, pointed out that the “elections for Islamic City Council assistants never had a large turnout” to begin with.

Although no group released a list of their supported candidates, the July 26 vote was undoubtedly the most politicized assistants election to date. The more important point is that these disputes seem to be a prelude to bigger disagreements that are expected to come in the February polls for electing Iran’s 11th parliament.

The Iran Revival has for months insisted that there won’t be a strong turnout for the parliamentary elections, saying people have lost hope in the government. While there was good participation in the two previous rounds of parliamentary elections, in February 2016 and May 2017, the coming one doesn’t seem to hold that promise. Even Iran’s Reformist leader, former President Seyed Mohammad Khatami, seemed to admit as much when he met March 18 with Reformist parliament members.

“No one will listen to our call to come to the ballot boxes anymore,” he said. Conservatives say that shows the Reformists know they haven’t fulfilled their promises from past elections and the public is disappointed with their performance.

At present, the Reformist movement is trying to convince the public that it can evoke change. However, there seems to be no unified strategy or tactic within the camp. The only common position among them is their shared concern for the upcoming parliamentary polls.

The recent showdown among Iran’s three political groups — the Reformists, conservatives and Iran Revival — over a trivial election seems somewhat meaningless by itself. However, the true meaning of this showdown will reveal itself in the path leading to the 2020 elections, where a bigger clash will take place over choosing Iran’s next parliament.