Airport inspection in Israel a nightmare for Israeli-Arabs

Instead of apologizing to Ambassador Reda Mansour for humiliating his family, Ben-Gurion International Airport authorities continued to justify their behavior. 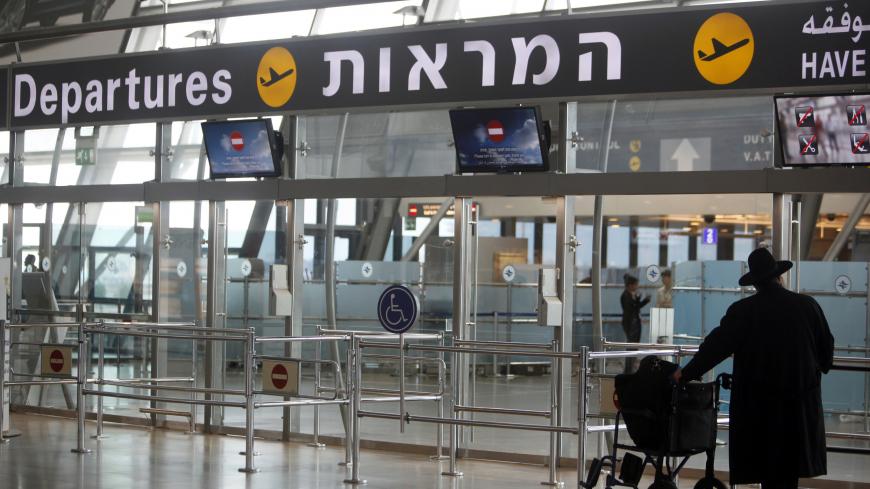 “You make me want to vomit.” That was how Israel’s Ambassador to Panama Reda Mansour signed off of a harsh Aug. 3 post describing the security check he and his family endured at Ben-Gurion International Airport. In the post, which was shared hundreds of times, Mansour recounted the humiliating attitude of the guard at the entrance to Israel’s main international airport after the car’s driver said in response to her question that they had come from the Druze village of Isfiya. Mansour described how in her tone and body language, the guard treated him like a “boot camp company commander.” The bizarre reaction of Airport Authority spokesperson Ofer Lefler fanned the flames. “The guard’s job is to check every vehicle entering the airport,” he said, adding, “The security inspection at Ben-Gurion Airport is carried out equally regardless of race, religion, and sex … I suggest the honorable ambassador tell his daughter that the security guard is doing everything she can to protect her and the State of Israel.”

Is that the case? Are the Ben-Gurion security checks truly equitable and impartial? It is safe to assume that almost every Arab citizen of Israel would ridicule such a claim and could provide at least one personal experience of being humiliated during border security checks. The bitter experience of Israeli Arabs clearly shows that Israel’s profiling methods used for the security inspections on people entering and exiting Israel automatically tag all Israeli Arab citizens as a high threat due to their ethnicity.

Examples are abundant. Take, for instance, the hazing experienced by Amna Freij — daughter of Knesset member Issawi Freij of the Meretz Party — who was on her way abroad in April 2018. She and her friend were the only ones pulled out of the line during the security check, taken to a side room and required to take off their clothes if they wanted to be allowed to board the flight. Or the humiliation felt by actress Samar Qupty — star of the movie “Junction 48” — on her way to a film festival in Colombia. “So dear BG Airport, I wanted to thank you … for taking the trouble to remind me every time anew how unwelcome I am here,” she wrote in a long July 2016 post describing her experience.

Let us also mention the unforgettable February 2014 incident in which Ezies Elias-Shehadeh, an Arab teacher from the Israeli Jewish town of Tirat HaCarmel, was separated from her students and strip-searched. How stupid is a system that suspects a teacher traveling with her students? Is the Airport Authority more concerned about the safety of Jewish children than their families, who had no problem with an Arab teacher accompanying their kids?

Anyone who has read the autobiography of former Prime Minister Ehud Olmert (“First Person Singular”) must have come across the sentence about security checks to which Israeli Arabs are subjected. “What stupidity and cruelty to humiliate such an Arab doctor and his wife,” he wrote in referring to the treatment of an Arab Israeli hospital department head on his way abroad with colleagues. All the department staff and their spouses passed speedily through the security checks and were asked the routine questions, wrote Olmert, such as "Who packed your bags? Did someone give you something to take with you?" According to Olmert, however, the most senior doctor was asked to go into a side room, take off his clothes and undergo a check “as if he posed a potential security threat to the plane, its passengers and his colleagues. His wife, too. And we are talking about a person who in addition to being an Israeli citizen saves lives every day.”

Olmert recounted that he had called the head of the Shin Bet security agency at the time, Yuval Diskin, and asked him how such humiliation could be avoided in the future. Let’s not forget: This is the same prime minister who ordered the bombing of a Syrian nuclear reactor, so he cannot be accused of not fearing for Israel’s security.

What can be learned from all of these cases? That it really does not matter if the person is an ambassador, a daughter of a Knesset member, an actress, a school teacher in a Jewish school, or a professor and head of a hospital department. In any case, the Airport Authority classifies people either as first-class or as second-class citizens. This was exactly what Salah Mansour, the ambassador’s father, said in an interview this week with journalist Rino Tzror.

This has to change. We must not accept the humiliation of Arab citizens at border checkpoints as a security imperative. True, we live in a state where the government unabashedly adopts a contemptible and unnecessary bill such as the Nationality Law, designed to anchor constitutionally the supremacy of the Jewish citizen over the Arab one. True, some rabbis urge homeowners not to rent out apartments to Arabs. True, in the Israeli town of Afula a park was closed to Arab visitors and residents demonstrated against home sales to Arabs, and none of this merited condemnation by the government or the man at its helm. Yet no state, certainly not a democratic one, should be allowed to make some of its citizens feel unwanted and treat them as inferiors.

We must also remember that the same profiling method of which Israelis boast led indirectly to the November 1995 assassination of Prime Minister Yitzhak Rabin. No one expected a Jew to murder him, as former Mossad Chief Danny Yatom wrote in his book, “The Labyrinth of Power.” While the security perimeter around Rabin at the peace demonstration in Tel Aviv focused on checking anyone suspected of being an Arab, the assassin — a kippah-wearing [religious] Jewish Israeli named Yigal Amir — easily infiltrated the security cordon and fired off three shots that changed the face of the state.

I wonder whether in the wake of the Rabin assassination, all kippah-wearing Jewish citizens set off alarms when they walked into Ben-Gurion International Airport? After all, a Jew murdered the prime minister. Were Jewish journalists treated like suspects when they came to cover the prime minister's office after the assassination? Or will we keep hearing only about the humiliation and strip-searching of Arab and foreign journalists?

Arab citizens undoubtedly want to travel safely and securely, but they object to selection and humiliation. Let all passengers undergo the same kind of security checks, as Druze radio anchor Shibel Karmi Mansour suggested on the Channel 12 morning program, telling viewers that he, too, had experienced discrimination at the airport. “In the US, the American from Texas, the European from Germany and the Arab from Saudi Arabia undergo the same checks. Not so at Ben-Gurion. As a citizen of this state, I am not supposed to put up with this. Either everyone is checked the same way, as in the US, or not at all.” Indeed, that is the essence of the issue: One single security check for all.

In ending, one final word to the Airport Authority spokesperson: Instead of expressing regret at the anguish of the ambassador and his family, you issued a false statement saying there was no discrimination in security checks. That is not true, as Olmert described in his book. Even after deploying sophisticated security systems at Ben-Gurion, the burden of proof lies on all Israeli Arab citizens who step into the airport to prove they are not terrorists despite being tagged as potential suspects. Not so Jewish citizens.