Likud supporters unlikely to back any other party

Recent surveys show that whatever efforts made by the right-wing and left-wing parties, Israeli voters are expected to support their initial political bloc. 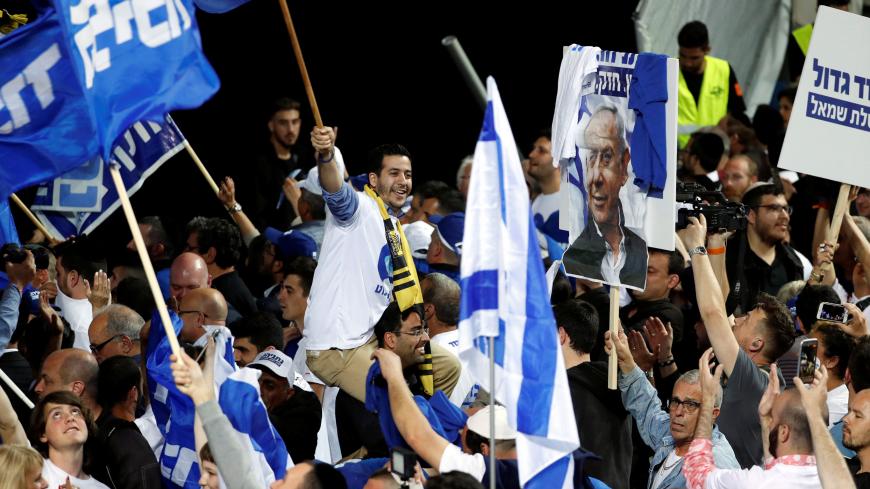 At the beginning of August, the campaign headquarters of one of the country’s center-left parties got the results of an especially comprehensive study. The long list of questions examined how committed voters were to the ruling right-wing Likud. The center-left party that commissioned the poll was hoping to use this information in order to put together a campaign that would convince supporters of the soft right to transfer their support from the ruling party to them.

Experts in political campaigns know that in-depth questionnaires like this provide pollsters with a more accurate view of the situation than questions asking whether respondents plan to vote for one party or the other. Indeed, polled voters who claim they intend to support ultra-Orthodox parties are usually considered particularly reliable, give or take a small percentage of people not responding honestly. No in-depth questions are needed to determine their exact state of mind. But this is not the case when it comes to parties with a vaster and more heterogenic constituency. Here, in-depth questionnaires are critical to any real understanding of how things are unfolding on the ground.

What stood out about this study was the high confidence among Likud supporters in how they plan to vote on Sept. 17. Over 90% of respondents said they are sure they will vote for the Likud in the next election. The older the voters were, the more confident they were in how they would vote. Some 95% of respondents aged 55 and older were what pollsters call “ironclad” voters. In other words, they were unwilling to consider voting for another party, even if it is on the right.

These figures tell pollsters that center-left strategists, who had hoped at the start of their campaigns to attract disappointed Likud voters, have been unable to do so — at least so far. This includes Chairman of Labor-Gesher Amir Peretz, senior Democratic Camp member Ehud Barak, and the entire leadership of the Blue and White party. Mirroring this is the lack of movement from the center-left to the right. The only person to shuffle the deck is Chairman of Yisrael Beitenu Avigdor Liberman, apparently because he removed himself from this game of blocs. Liberman is pushing for a national unity government and refuses to commit to joining any of the political blocs in a future coalition.

“In Israel in 2019, there is no significant movement between the blocs. Actually, it barely happened at all in the last decade,” one of Israel’s most senior pollsters told Al-Monitor on condition of anonymity.

Throughout Israel’s political history, there have been several cases of a tectonic shift among voters, which redrew the political map. The first and most dramatic of these occurred in the 1977 election, which resulted in the first political turnover. Back then, center-left voters transferred their allegiance to the Likud and the new centrist Dash party, headed by Yigael Yadin. The direction of this movement was away from the left. The Labor party lost 19 seats (dropping from 51 to 32). Even assuming that most of these switched to Dash (which won 15 seats), at least a few of them moved to Menachem Begin’s Likud (which grew from 39 to 43 seats).

This was the first time the psychological barrier was broken, but similar shifts continued to occur. In the 1992 election, the Labor party headed by Yitzhak Rabin was able to win a few seats from the Likud, which was crashing (and eventually dropped from 40 seats to 32) — and so it was able to win the election.

In 1999, Ehud Barak’s One Israel list was able to win over Likud voters (with the Likud dropping from 32 seats to 19). The same thing happened in the 2006 election. The Likud, headed by Benjamin Netanyahu, reached an all-time low of 12 seats (after winning 38 seats in 2003 under Ariel Sharon). Most of these voters switched to the centrist Kadima party.

The Likud has since recovered, of course. While leaders of the center-left parties try incessantly to win over Likud voters in one election after the other, they keep failing at it. They seem to have a hard time internalizing that voting patterns have changed. Nevertheless, over the last few days, it looks like the various campaigns have finally come to terms with the situation. With fewer than 40 days to go until the next election, it is possible that even Amir Peretz realizes this. That would explain why he is so desperate to win back voters who left the Labor party for Blue and White. All at once, the signal was given to start the fighting within the blocs. With its huge pool of voters — Blue and White garnered 35 Knesset seats at the April 2019 elections — the Blue and White party has become the target of brutal attacks from Labor-Gesher and the Democratic Camp.

On Aug. 12, Peretz presented his party’s socioeconomic vision, which includes a significant tax hike for high-wage earners. He also decided to attack the No. 2 figure on the Blue and White list, Knesset member Yair Lapid. “How does Yair Lapid describe himself? ‘I’m a compassionate capitalist,’ he says. I believe that a compassionate capitalist is even more dangerous than a run-of-the-mill capitalist because he condescends to the weaker sectors of the population and the middle class,” Peretz claimed.

The Blue and White party hit back below the belt, hinting at a famous photo of Peretz that was taken in 2007 when he was defense minister. The photo showed him watching military maneuvers through binoculars with the lens cap on. “You can’t see the situation with the lens cap on. It will be impossible to carry out Peretz’s plan in Netanyahu’s immunity government,” they responded, also insinuating that Peretz planned to join the Netanyahu government after the election.

At almost the exact same time, the Democratic Camp launched its campaign with a brutal, direct attack on Blue and White leader Benny Gantz. One poster featured his face split in half. It was an attack on his lack of consistency when saying which coalition he would join after the election. “Cowardice or a bold government?” read the poster’s caption. Barak himself attacked Gantz in press interviews, accusing him of planning to join the Netanyahu government. Blue and White shot back: “We will not accept political advice from Ehud Barak. He can give a whole course on how to crawl to a Netanyahu government.”

Meanwhile, on the right, the fighting is even more vicious. Most of this is taking place between Netanyahu and the United Right list, which has changed its name to Rightward. That party is doing everything it can to prevent Netanyahu from sucking up their votes, as he did in the past. The first person to toss down the gauntlet in this round was a Cabinet member, Minister of Transportation Bezalel Smotrich, who said Aug. 11 that “Netanyahu is a weak prime minister with zero leadership skills." Netanyahu called him for a meeting to reprimand him and threatened that if he doesn’t apologize he would be fired. This time, the spat ended with a public apology by Smotrich. But given the long history of bad blood between Netanyahu and the party’s two leaders, Ayelet Shaked and Naftali Bennett, the last word has yet to be said about this.

The most important fight, however, is between Netanyahu and Liberman, both of them essentially part of the right-wing bloc. If Netanyahu manages to win just two seats from Yisrael Beitenu, he will almost certainly head a completely right-wing and ultra-Orthodox bloc of 61 seats — a majority coalition — and have no problem forming his fifth government.