Iran says it will firmly adhere to its plan to further reduce compliance to the nuclear deal unless there is a breakthrough in talks with European signatories by Sept. 6. 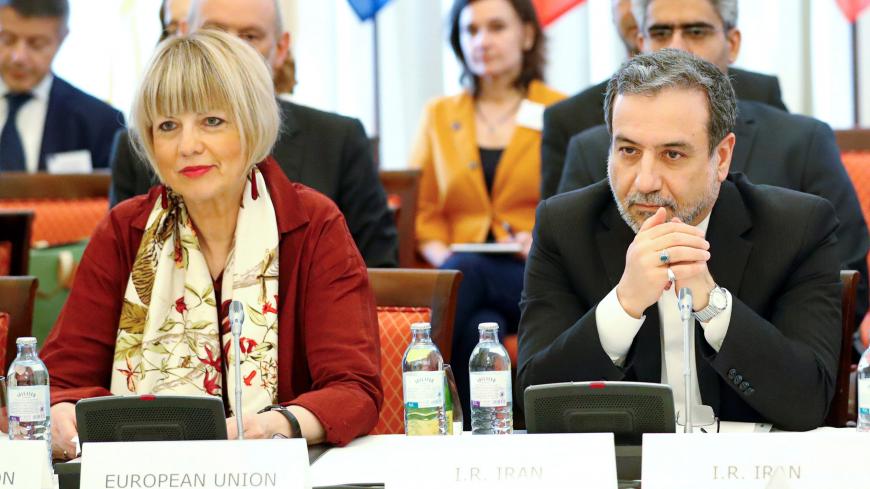 Iran has reminded the European signatories to the Joint Comprehensive Plan of Action (JCPOA) of its plan to enter a new phase of suspending commitments it has been honoring under the 2015 deal. According to Foreign Minister Mohammad Javad Zarif, the "third step" will be taken Sept. 6 unless a new understanding between Tehran and the European sides is achieved.

Details of what Iran has in store for the Europeans in the third phase remain undisclosed. In the two earlier "steps," announced on May 8 and July 7, Iran defied key constraints on its nuclear program by augmenting its uranium stockpile to above 300 kilograms and upgrading enrichment past the 3.67% limit. Tehran says the measures are meant to save the JCPOA and pressure the Europeans into providing the Islamic Republic with the deal's promised economic relief.

In the event of a breakthrough with the Europeans, Zarif said, the Islamic Republic will revert its measures and fully reinstate full compliance with the accord. There is, nevertheless, speculation that Iran's fresh measures might be announced as irreversible to further press the Europeans into action.

The remarks by Iran's foreign minister came in his interview with German paper Suddeutsche Zeitung as he was visiting China and Japan. In those two countries, Zarif demonstrated his characteristic artistry in public diplomacy by posting on Twitter in the official languages of the host nations, expressing satisfaction with "constructive" talks there. The Iranian top diplomat will continue his intense foreign visits in Malaysia. The tour has already seen him land in three Scandinavian countries and France.

While in Beijing, Zarif presented Chinese officials with an ambitious 25-year proposal on a strategic partnership. He reassured the Chinese of Iran's willingness for an active role in Beijing's "One Belt, One Road" megaproject. Within the framework of its "look to the East" approach, Tehran is hoping to gain significantly from cooperation with its top oil customer, China, and to mitigate the impacts of US measures that seek to shut off the flow of Iranian crude outside.

Since the US pullout from the JCPOA in May 2018, Iran's hard-liners have been demanding nothing less than a reciprocal decision from the government of President Hassan Rouhani and the reintroduction of uranium enrichment at the pre-deal 20% level or even beyond. If taken, such a step could fuel worries in the West about the possibility of a nuclear-armed Iran. Yet Tehran has been insisting that nuclear bombs have no position in its defense doctrine and the program is to solely serve civilian purposes. After the JCPOA was clinched, domestic critics also accused the moderate government of ceding too much to the West by closing down the country's nuclear achievements, a charge the Iranian nuclear negotiators vehemently reject.

Ali Akbar Salehi was one of those negotiators; he is currently running Iran's Atomic Energy Organization. In his latest remarks on Aug. 27, Salehi once more moved to appease those critics, saying Iran's nuclear wheels were spinning faster than ever. He proudly announced the transition of the Iranian nuclear technology from one based on "reverse engineering" to a "fully indigenous" system of design and manufacture. According to Salehi, Iran enjoys the capacity to produce 60 modern centrifuges on a daily basis. He expressed hope that by 2024, the enormous construction project of Iran's first-ever nuclear-medicine hospital will be accomplished. "I hereby promise my people the full pursuit of our nuclear objectives and assure them that our progress has not and will never be impeded," Salehi said.